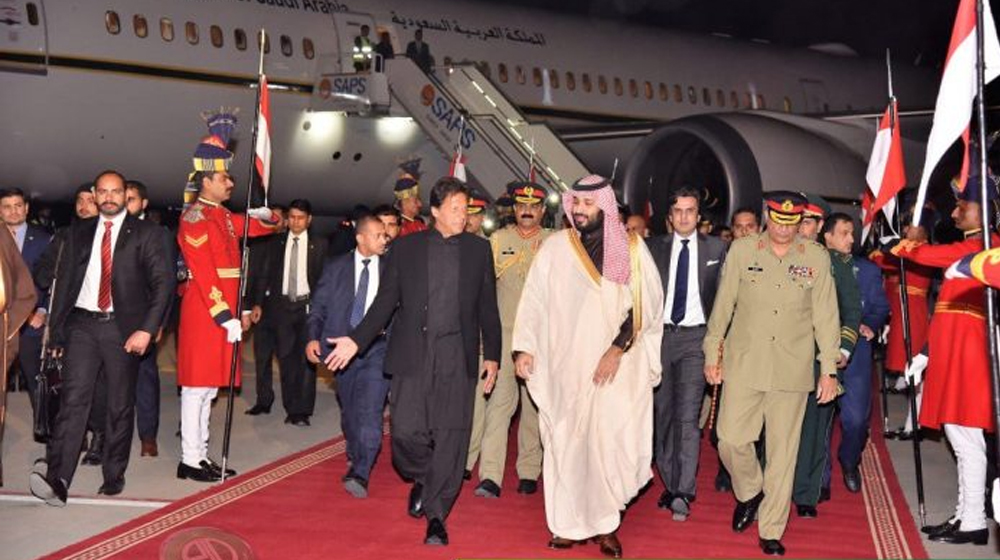 Crown Prince Muhammad Bin Salman has said that $20 billion worth of Memoranda of Understandings (MoUs) have been signed between Saudi Arabia and Pakistan.

The two countries have signed investment deals in the energy and agriculture sectors among others. The crown prince addressed the MoU-signing ceremony and remarked that it was a big investment for phase one.

“Pakistani leadership is impressive and the country’s future seems quite bright,” said the prince.

Bin Salman maintained that Pakistan is a very important country for the Kingdom. He announced that Saudi Arabia will invest more in the country. “The Saudi investment will grow every month and every year in bigger numbers.”

He said that Saudi Arabia “cannot say no to Pakistan, whatever you (Pakistan) want, we will do.”

At the occasion, Prime Minister Imran Khan said that the Kingdom and Pakistan have always enjoyed brotherly relations. He said that Saudi Arabia has always stood by Pakistan’s side in difficult times.

The PM also said that the two nations should extend cooperation in petrochemicals, tourism, and other fields. “I want to thank you for the way you helped us when we were in [a] bad situation,” said Khan to the de facto ruler of Saudi Arabia.

Notably, the crown prince arrived yesterday at Islamabad on a two-day visit. The visit will culminate today with the prince flying off to the second destination of his Asia tour.