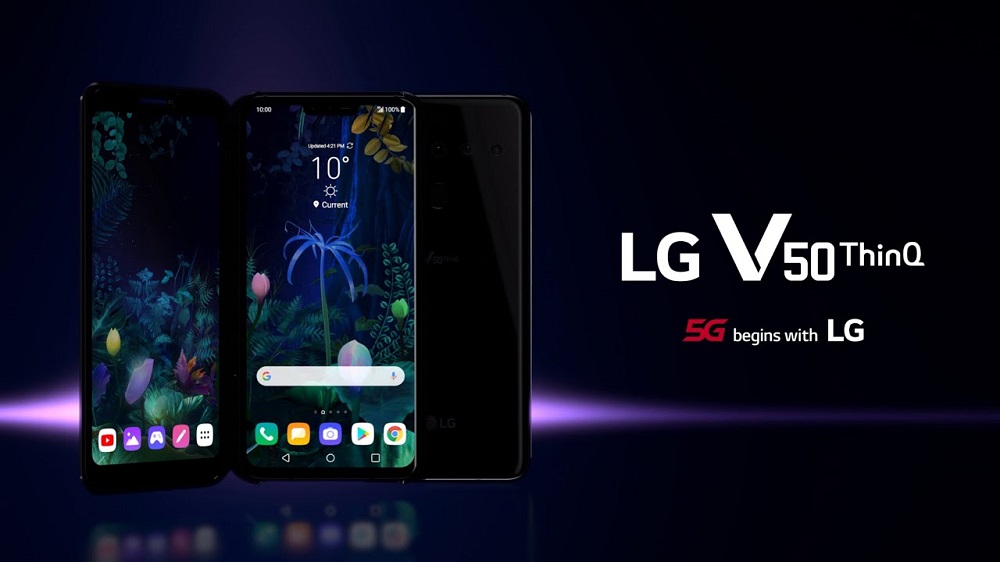 A better V40 ThinQ with 5G and a weird case.

With the Mobile World Congress 2019 in full swing, we’re seeing new and interesting phones from a number of companies.

Some, however, are sticking with iterative updates and are not bringing massive new changes or upgrades to their phones.

LG’s V50 ThinQ 5G is a similar phone and looks a lot like the V40 ThinQ from last year.

But that’s not all there is to the LG phone.

Iterative updates is the name of the game with the LG V50 ThinQ 5G. With a mostly similar design to the V40 ThinQ, LG isn’t changing the design, going with the “if it ain’t broke, don’t fix it”.

That can be a good thing too, as LG is including the MIL-STD-810G military standard protection and IP 68 water and dust resistance on the V50 ThinQ.

The phone has a glass build with a small notch at the top of the display, housing the dual camera setup and the earpiece. There’s a 6.4″ OLED FullVision screen on the front, which comes in at a QHD+ (3120 x 1440) resolution.

It houses a regular fingerprint sensor on the back, along with a 32-bit Hi-Fi Quad DAC, stereo speakers, and yes, a headphone jack. 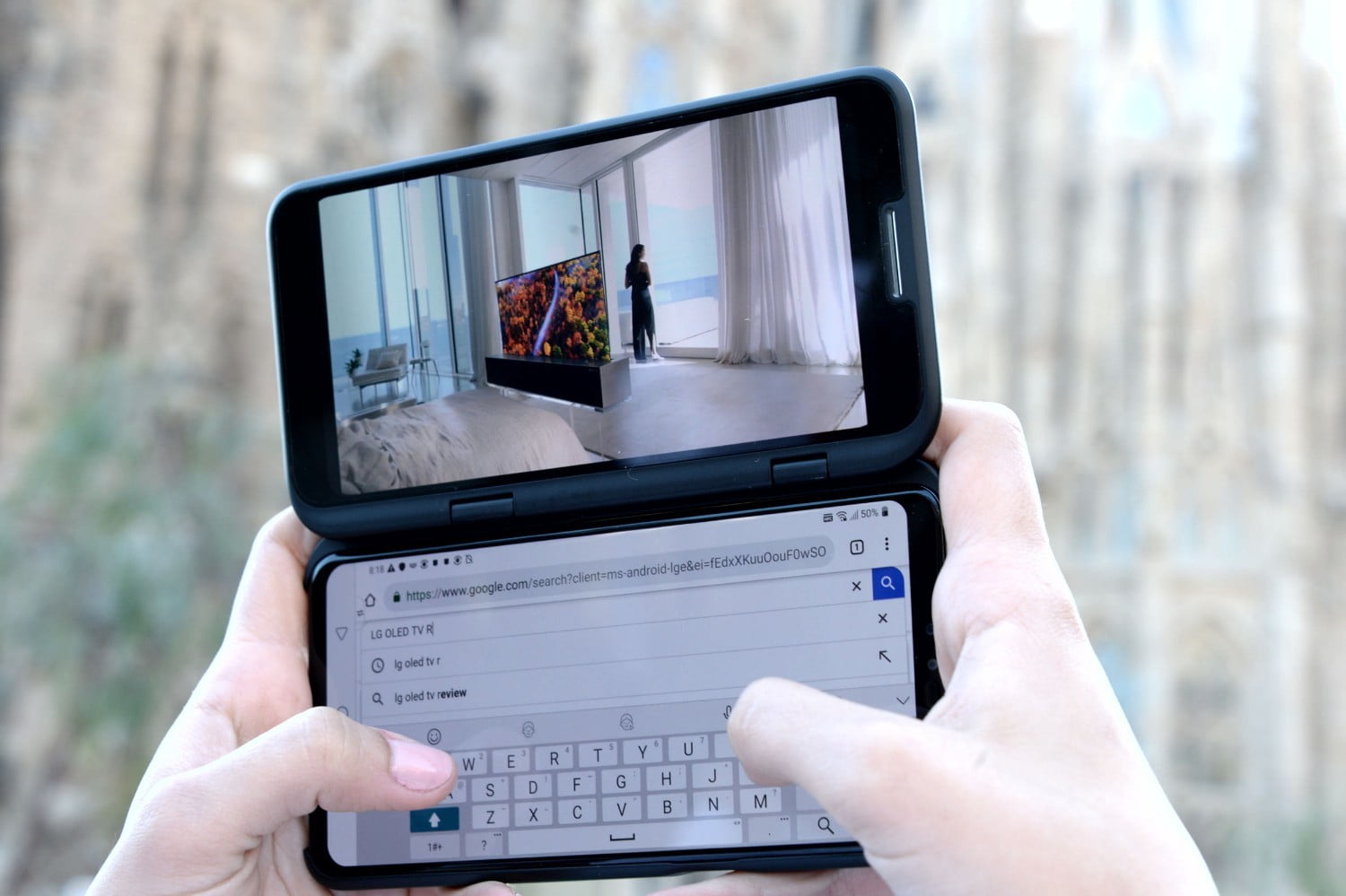 Not going with the flow, LG hasn’t introduced any foldable phone for now. But it did show a case for the LG V50 ThinQ that enables dual screen functionality.

It features a 6.2″ OLED display at Full HD+ (2160 x 1080) resolution, supporting both landscape and portrait modes. It can be used to multitask and enable a gamepad on one of the screens while gaming.

The case connects with the phone using pogo pins at the back of the LG V50 ThinQ.

Powering the V-series phone is a Qualcomm Snapdragon 855, complete with 5G support. Speaking of 5G, it comes embedded with a Qualcomm X50 Modem, promising up to 20x the speeds of 4G. It won’t heat up much either, as LG included a vapor chamber for cooling the chipset.

The V50 ThinQ comes with 6GB RAM and 128GB of internal storage, expandable via a dedicated microSD card slot. Other than that, it runs on Android 9.0 Pie with LG’s UI on top.

On the front, the same camera setup is included as the V40, with an 8+5MP combo.

One of the biggest upgrades on the V50 ThinQ over the last year’s model is improved battery capacity. It now comes with a 4,000 mAh unit (up from 3,300 mAh).

There are fast charging and wireless charging onboard the V50 ThinQ as well.

Moving on to the most important part of the announcement, LG has not revealed the price for the V50 ThinQ. It will be available in the coming months, with no release date yet.