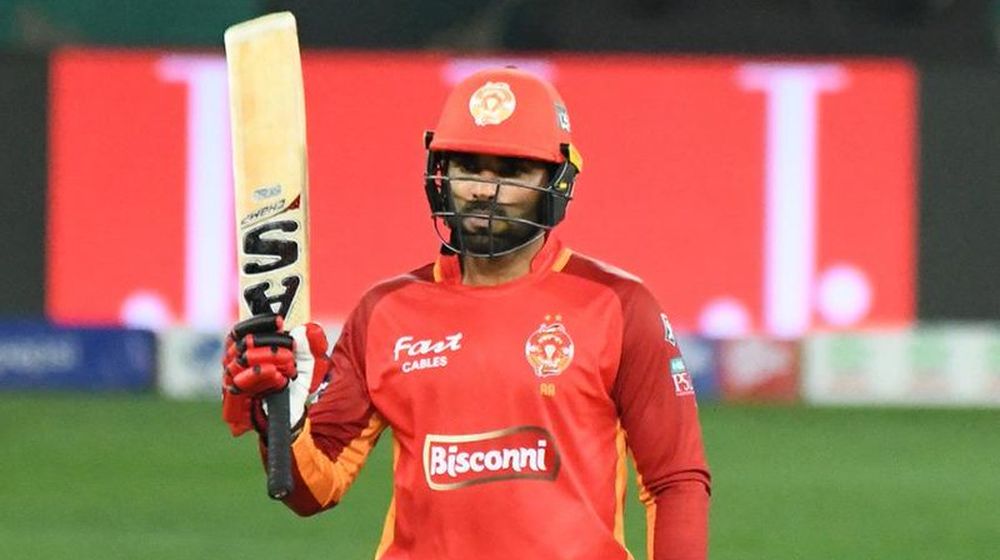 Despite being put under pressure by Karachi bowlers at 3/47, Asif Ali and Phil Salt partnered to get their team close to victory. Asif Ali blasted 70, including 6 sixes, off just 38 balls. Phil Salt’s 46 runs were equally important, allowing Asif Ali to play freely.

Islamabad romped to victory in the 20th over, making it to the top of the points table with a slightly better net run rate than Quetta Gladiators.

An early wicket of Colin Munro could not stop Babar Azam (68) and Liam Livingstone (56) to thrash the Islamabad United bowlers all around the park.

Karachi’s batting faltered at the end as a flurry of wickets meant that they were 15-20 runs short, setting a target of 169. Rumman Raees bagged 3 wickets for 27 runs in his 4 overs.

The second of today’s matches is scheduled between Islamabad United and Karachi Kings.

The last time two teams met, Islamabad United’s Luke Ronchi stole the show, easily guiding his team to a victory with a brilliant 67* off just 35 balls.

A win for Karachi will make it at par with Islamabad United with three wins, making the qualification scenarios even more interesting.

Out of the 10 matches played between the two teams, Islamabad United has won 6 while Karachi Kings came out victorious 4 times.

Islamabad United:
Cameron Delport needs to fire and if he does, it will be a treat to watch. He has the firepower to threaten any bowling attack.

Karachi Kings:
Colin Munro is the number two ranked T20I batsman and if he gets going, he can single-handedly win games for Karachi Kings.