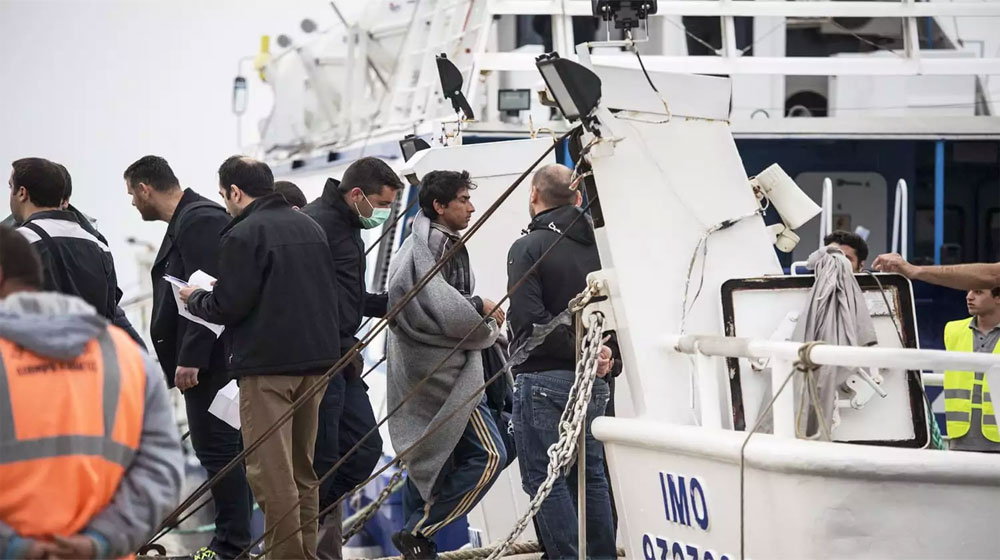 The Minister of State for Interior, Shehryar Khan Afridi, has directed the concerned government departments to accelerate the process of repatriation of over 50,000 illegal Pakistani immigrants languishing in Turkey

He passed this order while chairing an emergency meeting at the Interior Ministry’s office on Wednesday.

The meeting was attended by senior officials of Ministry of Interior, Ministry of Foreign Affairs (MoFA), FIA and National Database & Registration Authority (NADRA).

The minister said Pakistan and Turkey have decided to crack down on the human smuggling networks in both countries – and that repatriation of illegal Pakistani immigrants was in connection with the decision.

According to a source in MoI, Shehryar Afridi has formed a four-member committee that will present an Action Plan for the immediate repatriation of Pakistanis stuck in Turkey.

The committee will have the members from the Federal Investigation Agency (FIA), NADRA, Ministry of Foreign Affairs, and Ministry of Interior.

The committee will submit a report on action taken in this regard to Prime Minister Imran Khan by the end of this month.

An awareness campaign will also be launched with the help of media over the suffering being faced by youth due to illegal human smuggling.

In the past, the Turkish authorities had requested the PML-N government to verify its citizens who are prisoned in Turkish jails under human smuggling charges, Afridi said.

“This was necessary because, among the arrested people, many were Afghan citizens who had used Pakistani documents to travel to Turkey illegally,” he explained.

However, NADRA had demanded US$ 700,000 from Turkey under verification charges, however, now Turkey has requested the new government to officially waive these charges.

Shehryar said that he assured his Turkish counterpart by saying that it was the government’s duty to cater miseries being faced by its citizens.

Turkey has also requested Pakistan to arrange the return of Pakistani inmates as it would require over 12000 flights to send them back to Pakistan which was practically not possible.

Meanwhile, the Minister has also directed NADRA to withdraw its demand for verification charges.