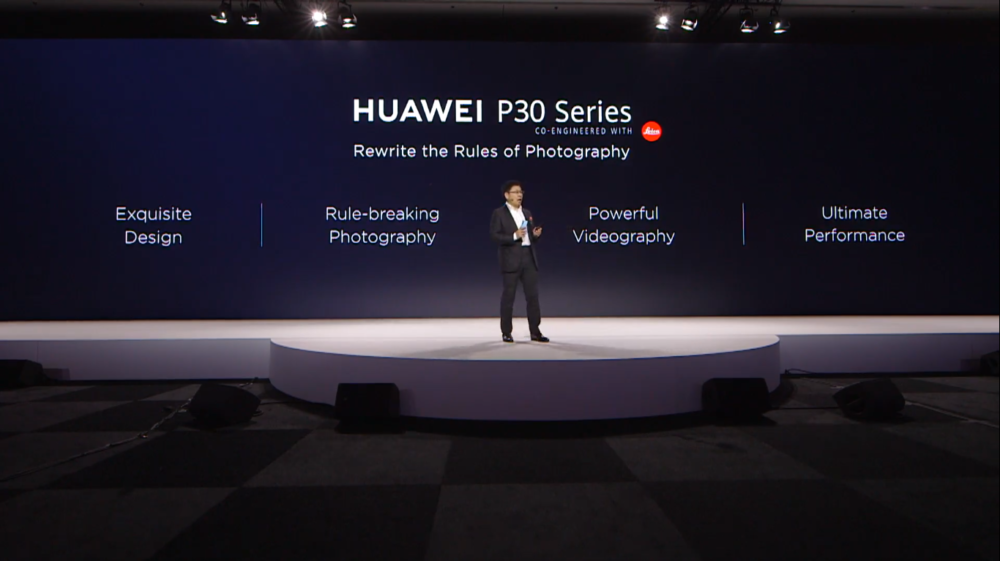 The wait is finally over. At the Paris event, Huawei unveiled two if its best smartphones yet, with the P30 Pro taking the spotlight.

The two phones come with large, curved AMOLED displays, quad cam setups with the one on P30 Pro being a major highlight of the event, and more. Smartphone photography has seen massive upgrades over the past year, so it makes sense for Huawei to step up its camera game.

So without further ado, let’s see what makes the P30 siblings special. 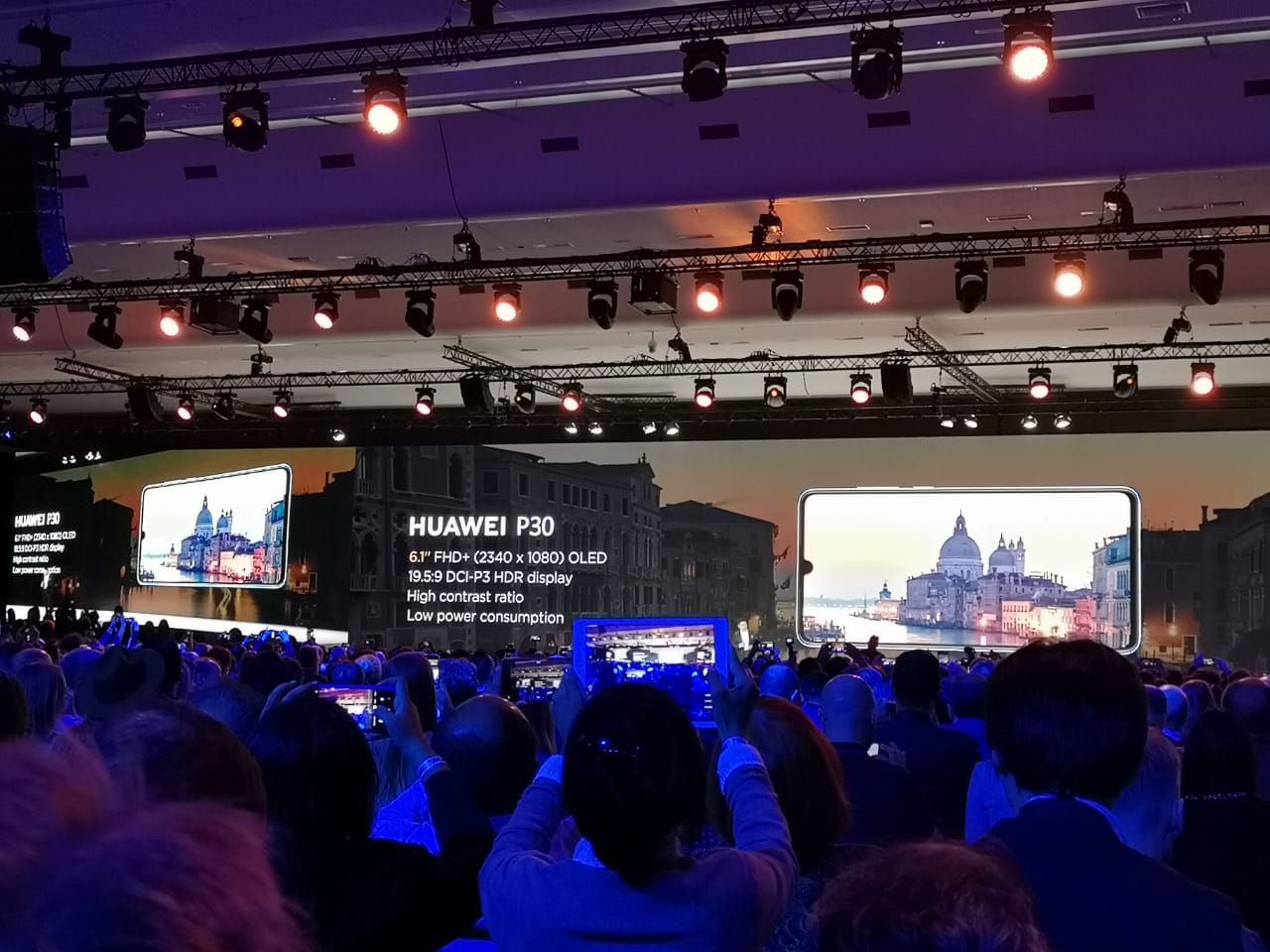 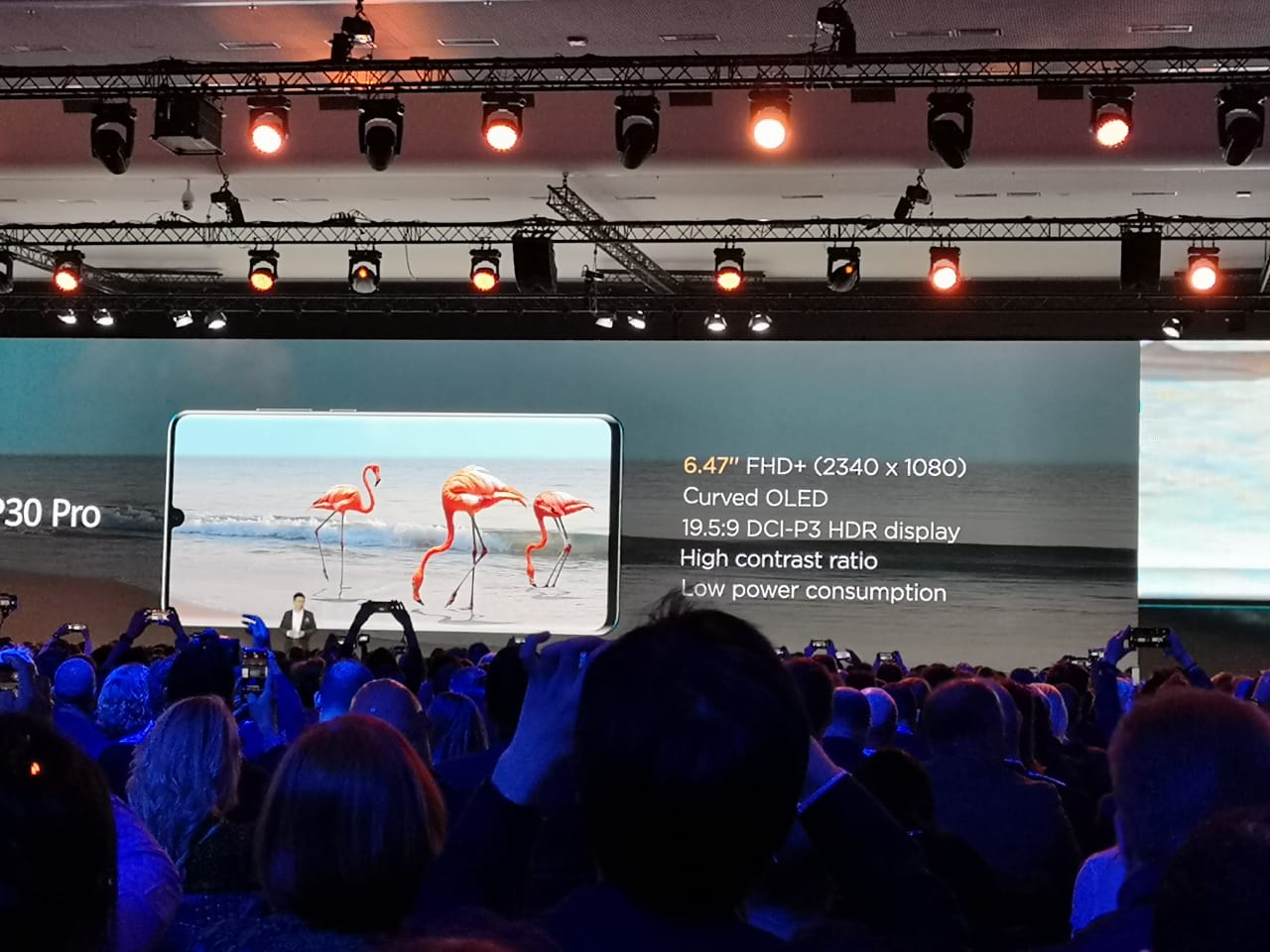 Continuing its trend of gradient finishes, Huawei will be launching the P30 phones in three color variants including Amber Sunrise, Breathing Crystal and Aurora, other than the basic black model. 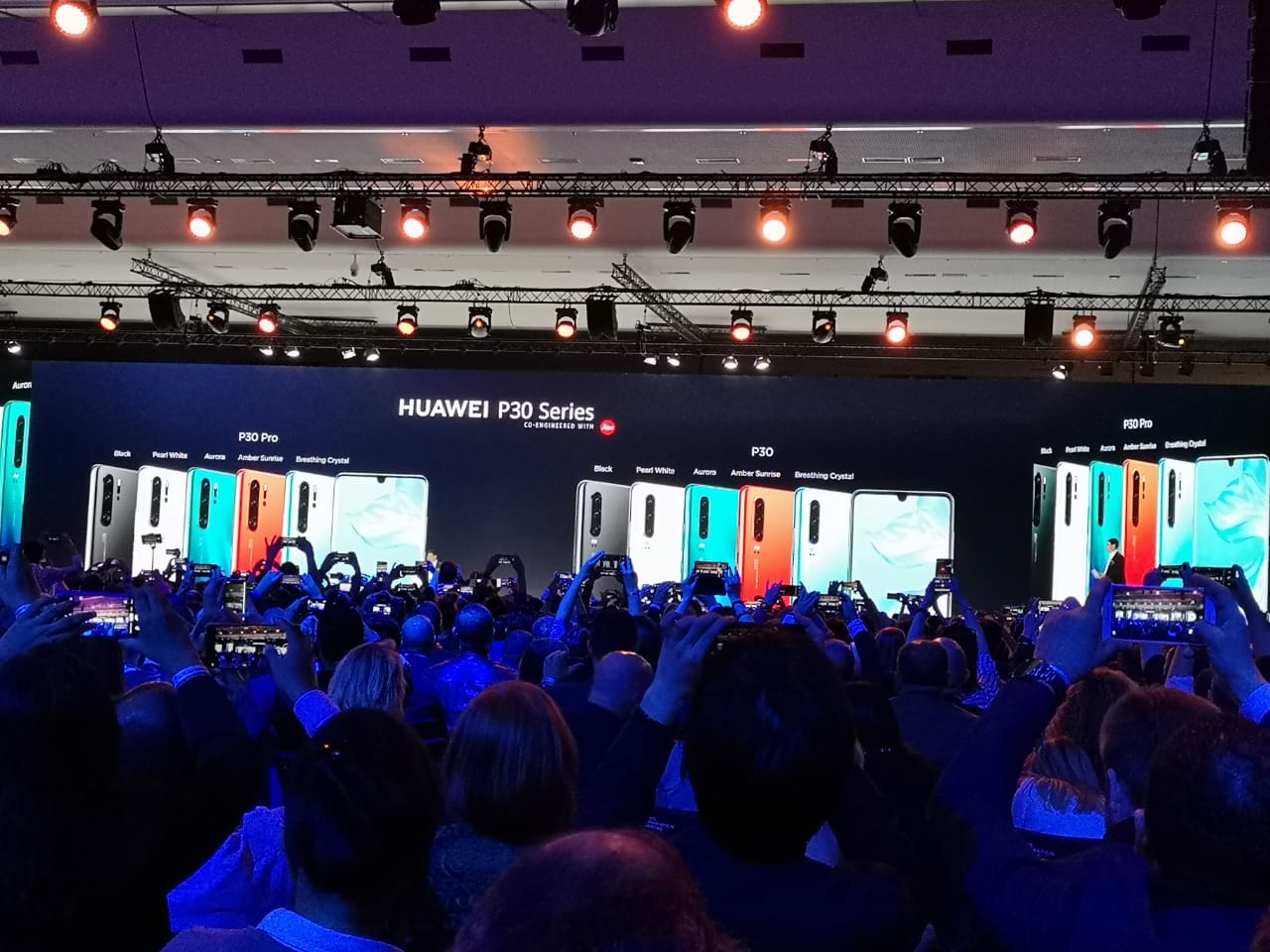 Underneath the bezel-less front glass is an on-screen fingerprint sensor, which is becoming the norm for 2019 flagships.

Another interesting feature on the P30 and P30 Pro is the Acoustic Display Technology, introducing an in-screen speaker which eliminates the need of including a separate earpiece slot on the display, making the whole thing seamless.

There is no headphone jack onboard, unfortunately.

Powering the new flagships is the 7nm HiSilicon Kirin 980 processor, being the world’s first 7nm processor.To ensure that the phone runs at its best at all times, Huawei has added a thin layer of graphene film for heat dissipation, keeping the phones cool while you game or multitask. 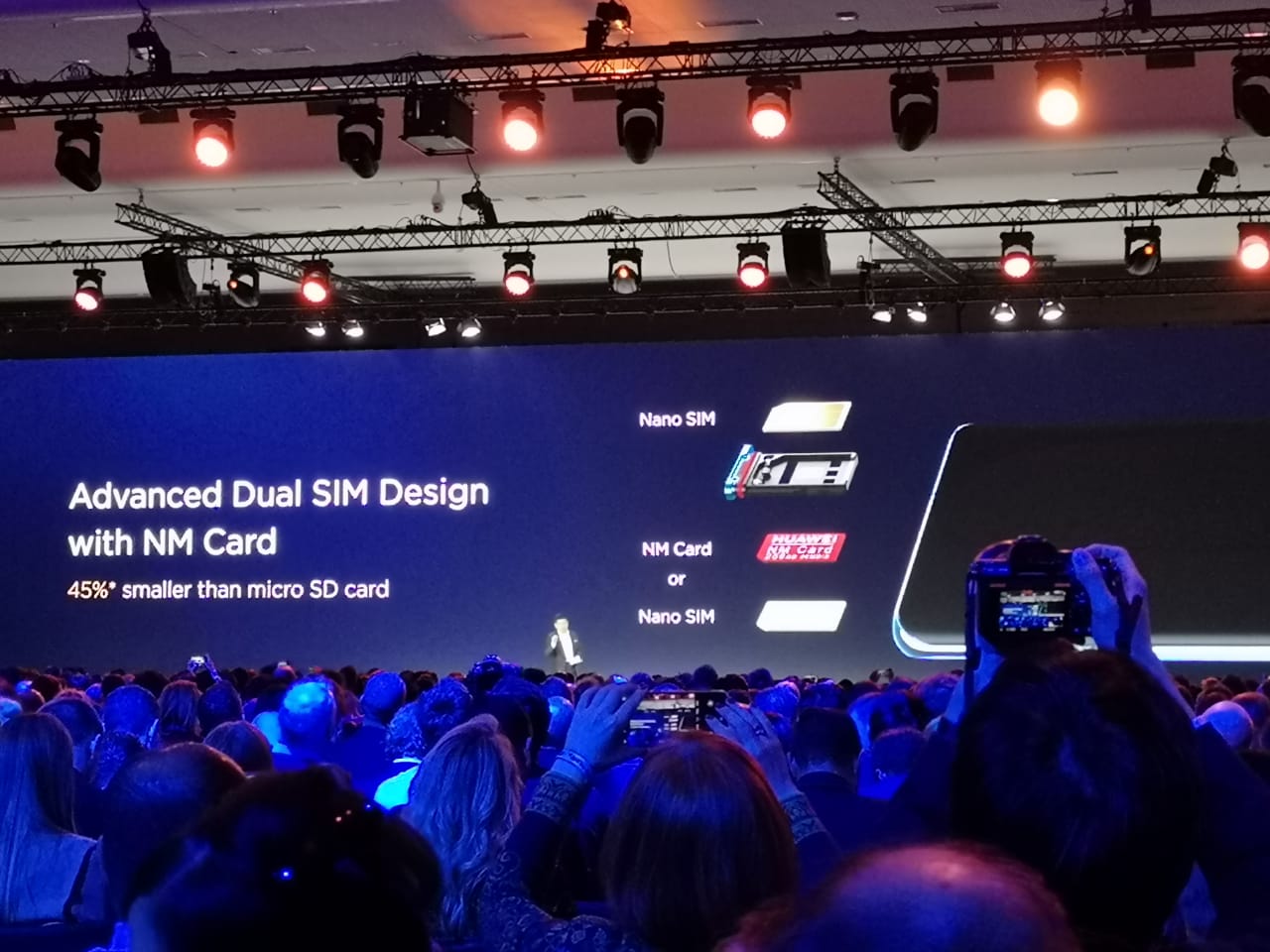 The NM card makes a return on the P30 series, allowing you to expand the storage even further if need be.

In line with the other flagship phones, Huawei P30, and P30 Pro run on Android 9.0 Pie with Emotion UI 9.1. What’s new here is the new file system that Huawei built for the flagship phones.

Another addition is the Huawei Share OneHop, allowing you to share data with other Huawei phones and laptops easily.

The main highlight of the P30 series is photography and it’s evident that the P30 and P30 Pro are no slouches in the camera dept. 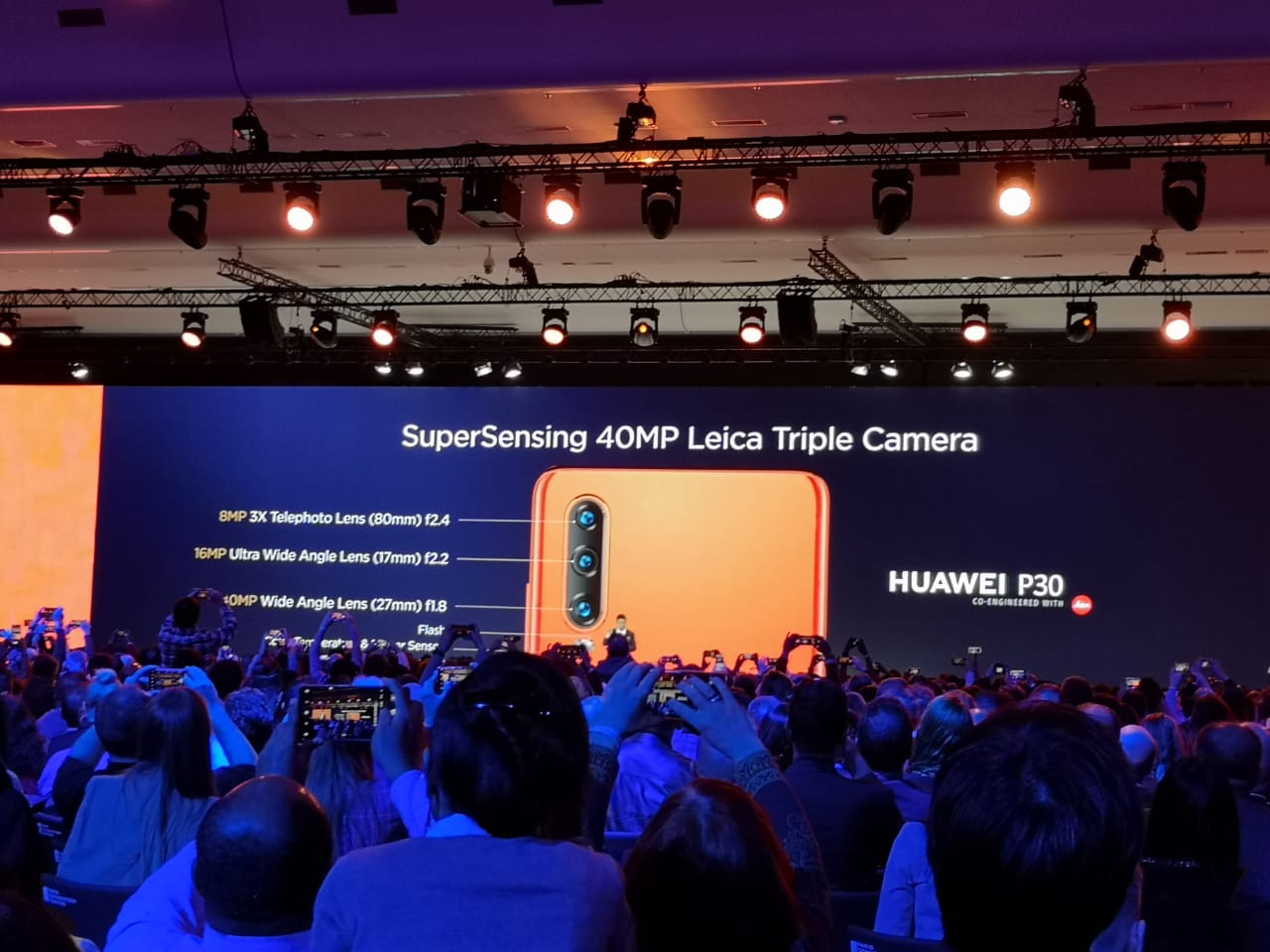 Huawei P30 Pro has a quad-camera setup with a 40 MP f/1.6 SuperSpectrum Sensor, a 20 MP Ultra-wide sensor, an 8MP SuperZoom lens and a 3D Time of Flight (ToF) camera for depth mapping.

The P30, on the other hand, has a slightly toned down 40MP SuperSpectrum Sensor, a 20 MP wide-angle sensor and an 8 MP telephoto lens, no hybrid zoom on this one.

Both of the phones come with Huawei’s AIS and OIS for stabilized photography, to help against blurred shaky photos and allow you to capture smooth and steady videos. 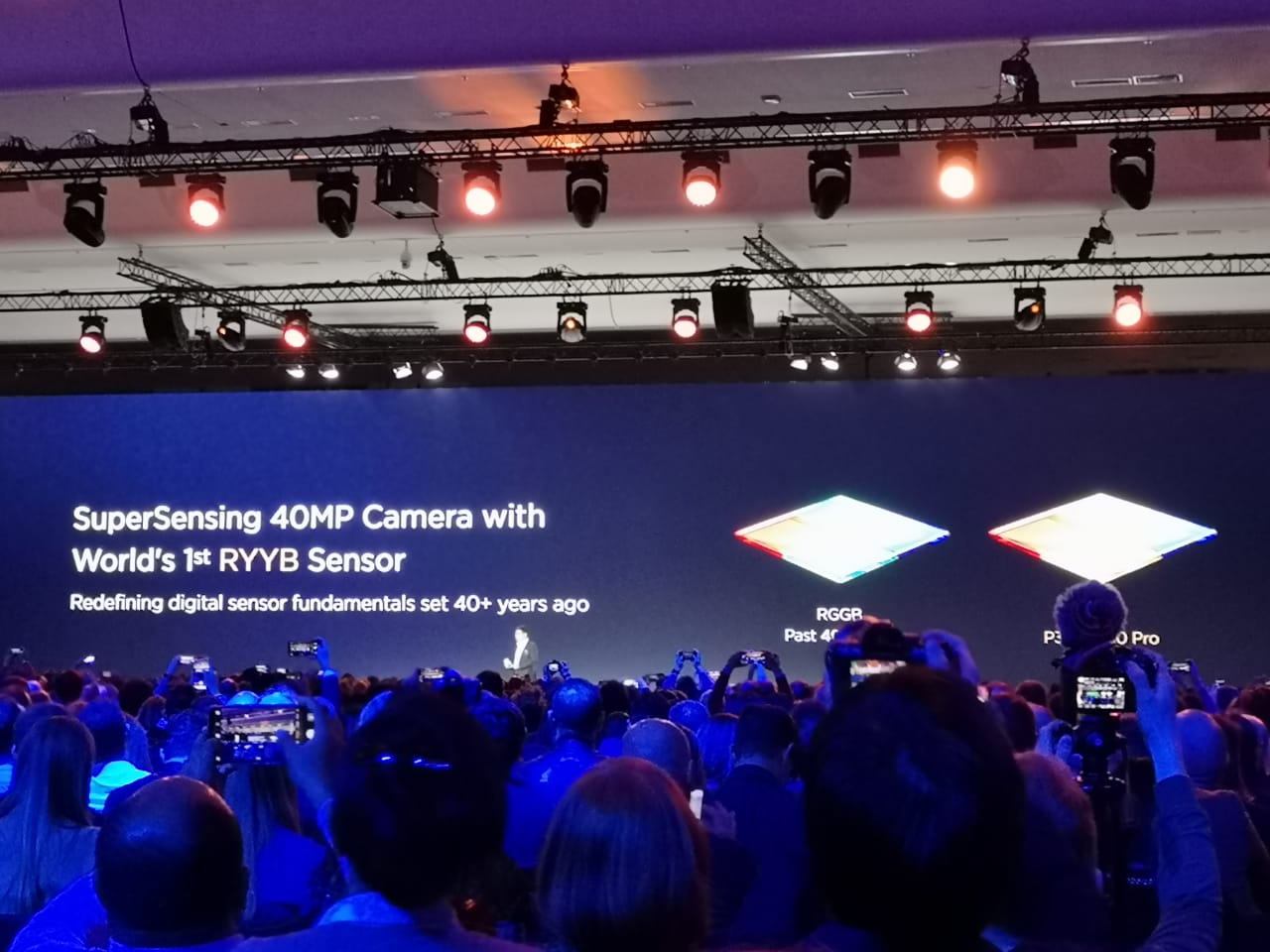 The SuperSpectrum camera differs from regular cameras that use the traditional RGBG Bayer filter by replacing the green pixels with yellow pixels, yielding a high maximum ISO of 409,600 on the P30 Pro and 204,800 on the P30. We should see exceptional night mode photography thanks to this sensor. 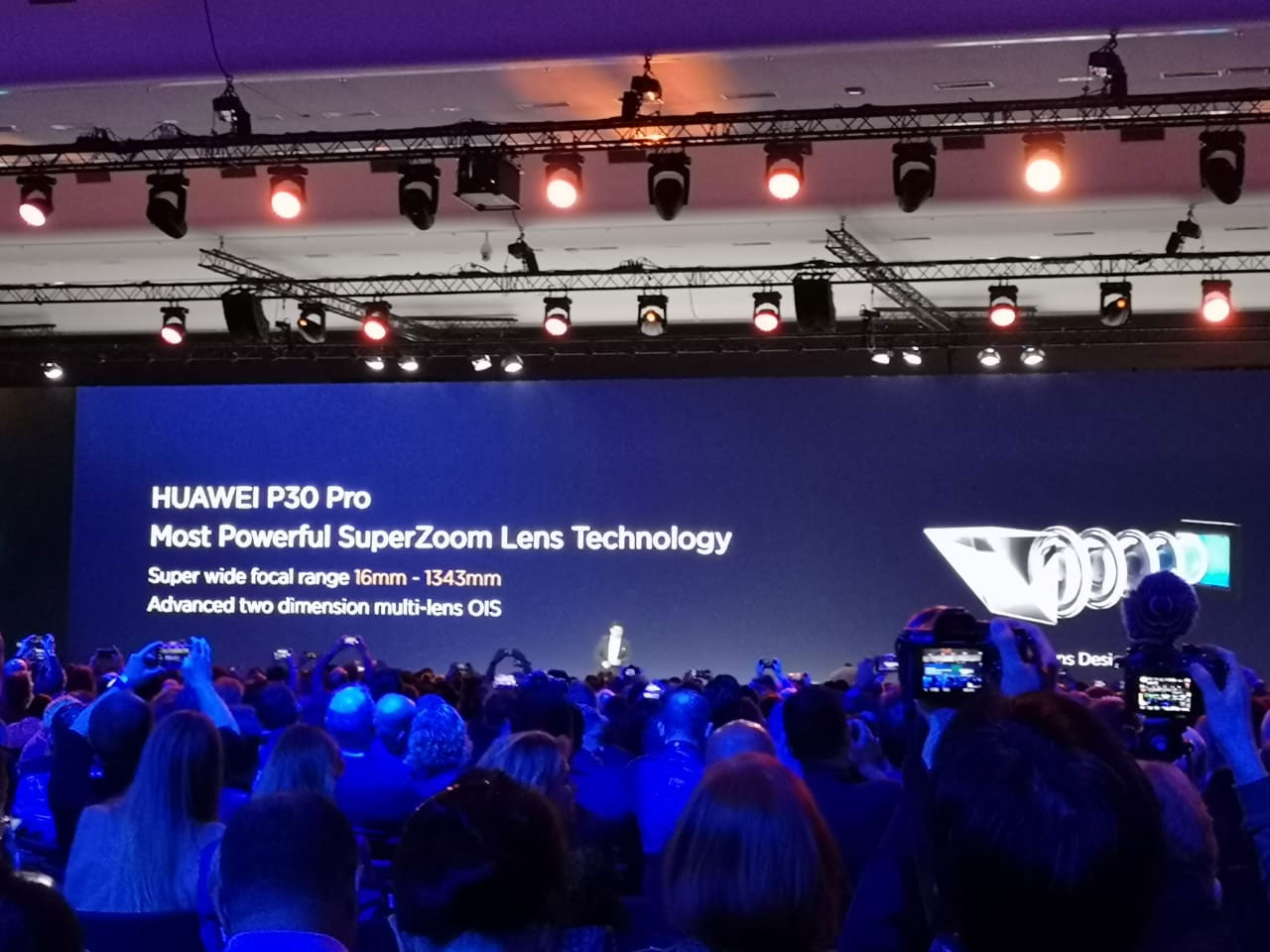 The SuperZoom lens, brings 5x optical zoom, 10x hybrid zoom and a very impressive 50x zoom for the P30 Pro. This one is exclusive to the P30 Pro.

You can check out the camera samples for the SuperZoom lens here. 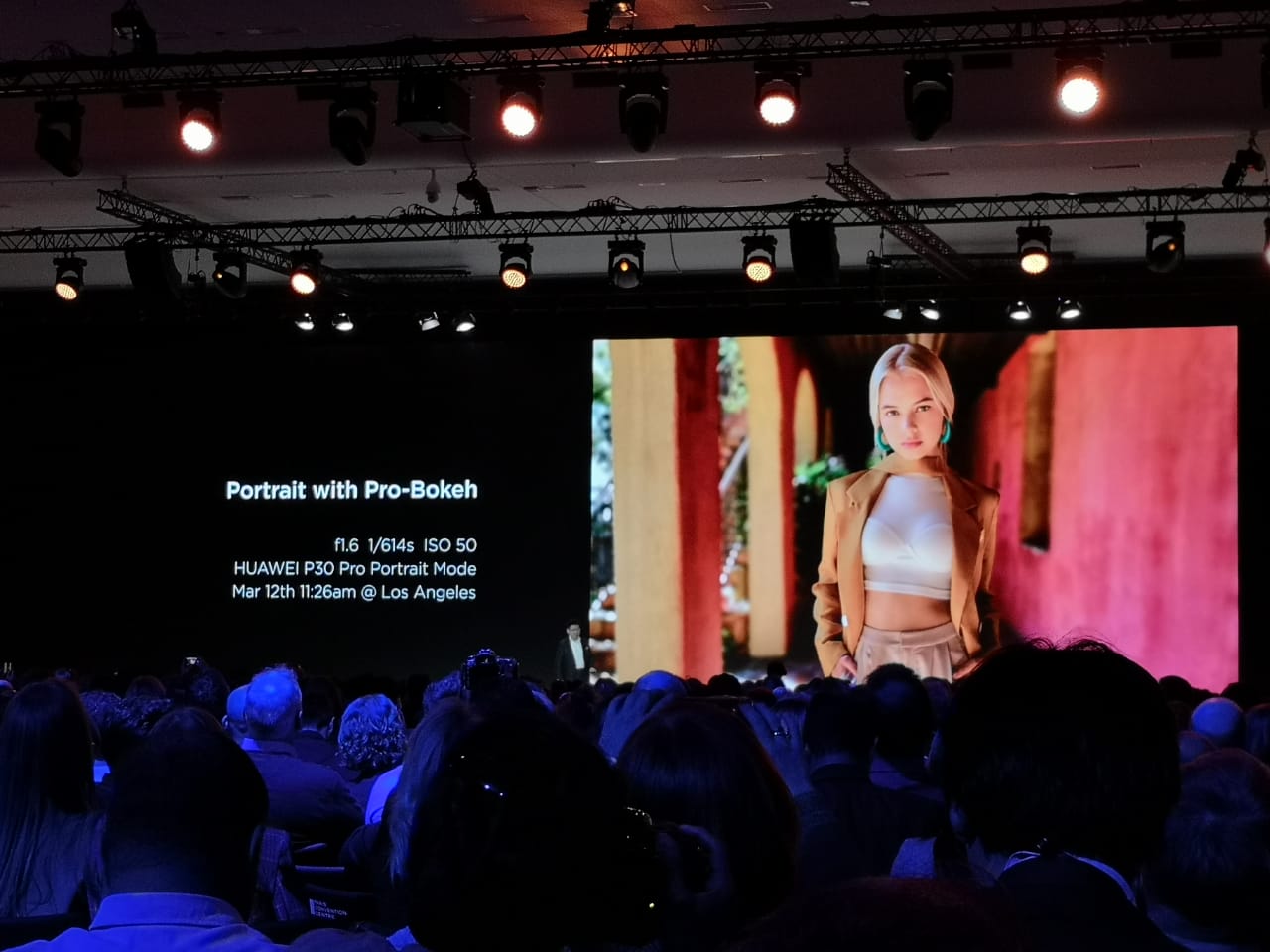 As for the ToF camera, it accurately maps depth on various focal points on the subject, for accurate bokeh effect and allowing you to manually adjust the level of blurriness in the photo.

Video and Other Photography Features 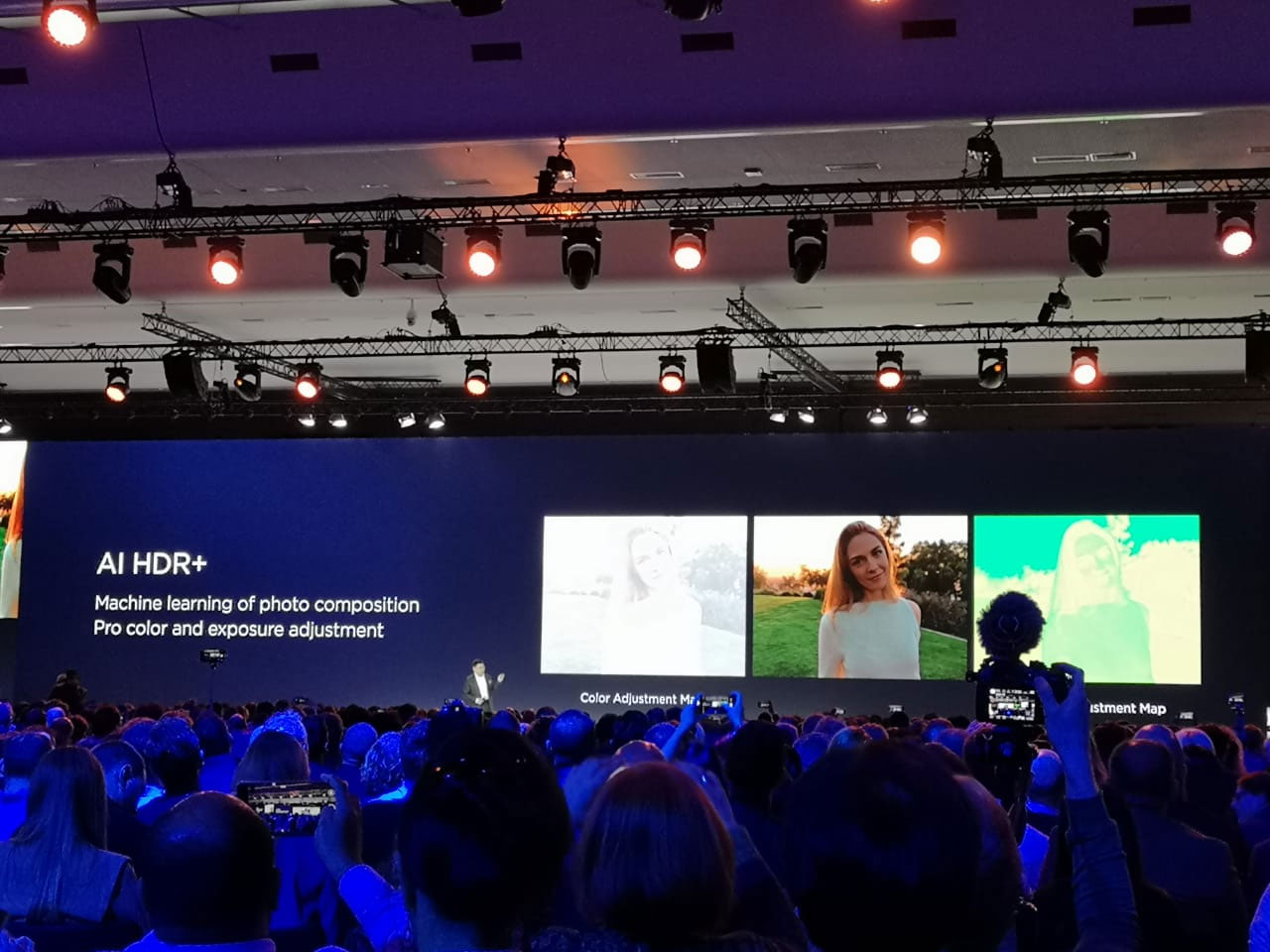 The AI HDR+ feature stacks multiple images together to preserve highlights, shadows and fix overexposed images. Other than that the Super Portrait Mode captures the minute details of the subject, combining depth info, 4-in-1 pixel binning and software algorithms to ensure the best portrait mode shots.

Huawei’s AIS and OIS are enabled for all video settings, even for 4K60fps for optimal shots. 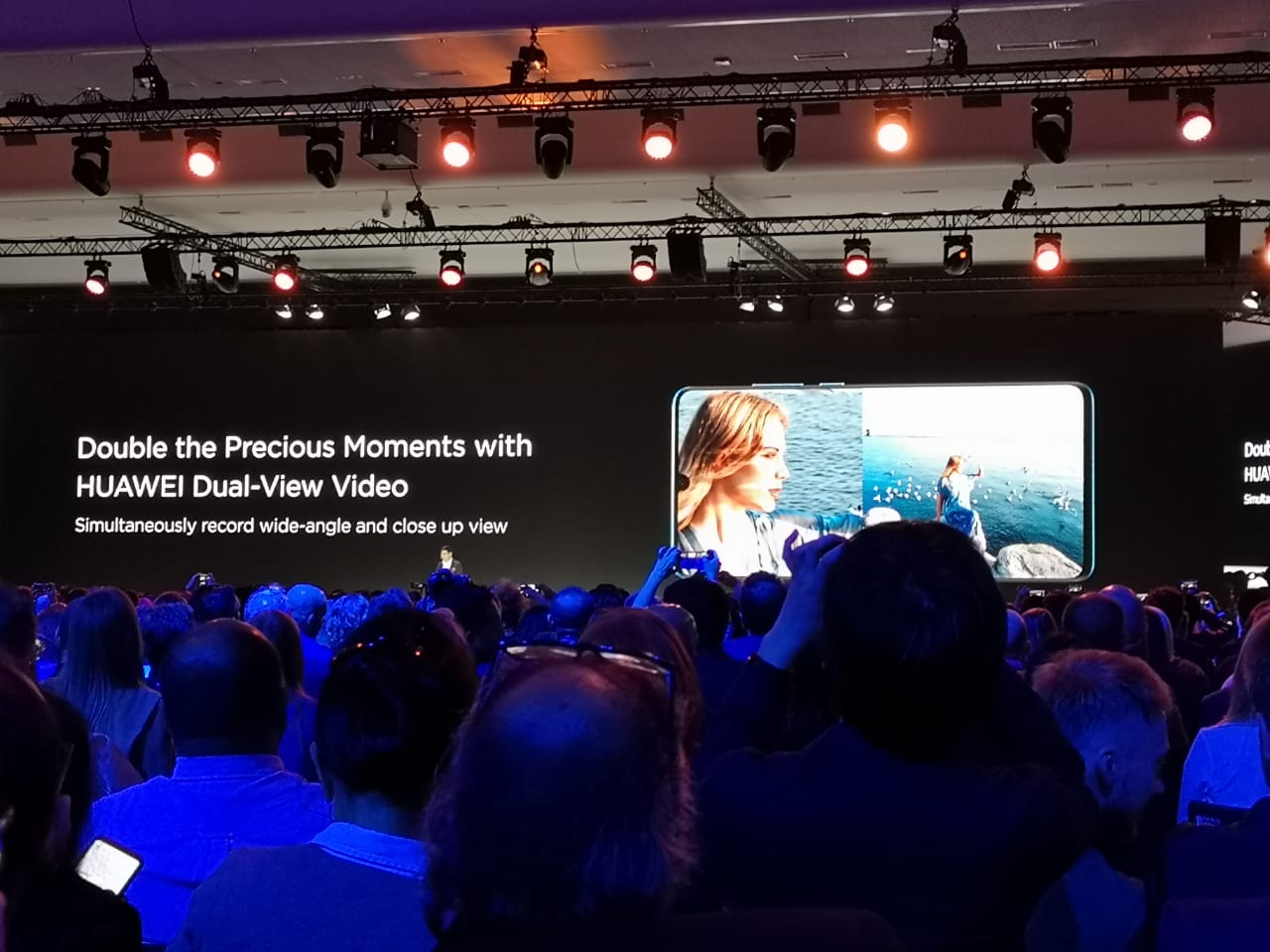 A cool edition is the Dual-View mode which uses the ultra wide and SuperZoom lens to record two different videos at the same time, showing the zoomed-in video on one side and the ultra-wide angle shot on the other.

Speaking of charging, Huawei’s 40W SuperCharge tech is included in both of the phones, making it easier to charge your P30 and P30 Pro in a pinch. 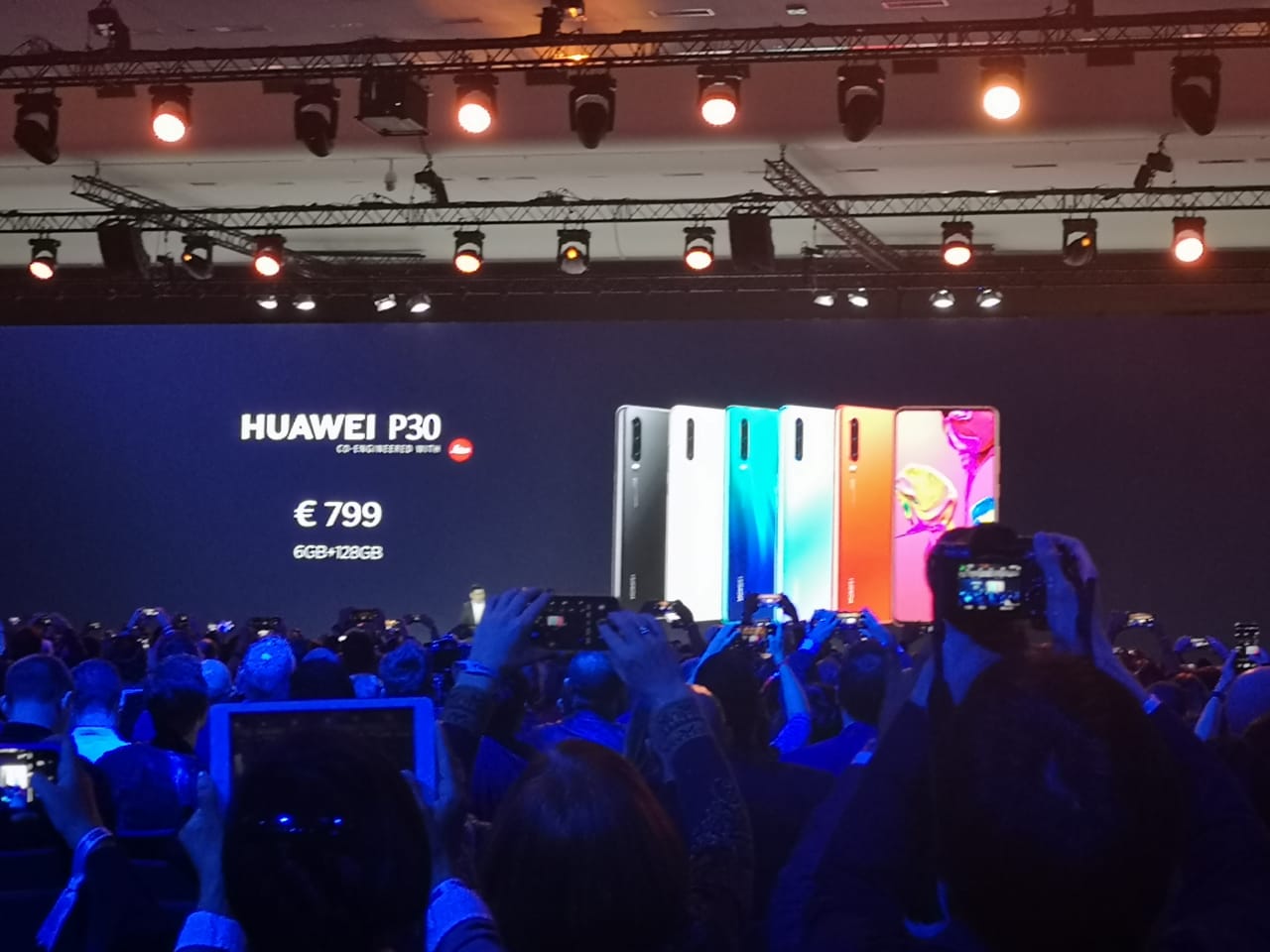 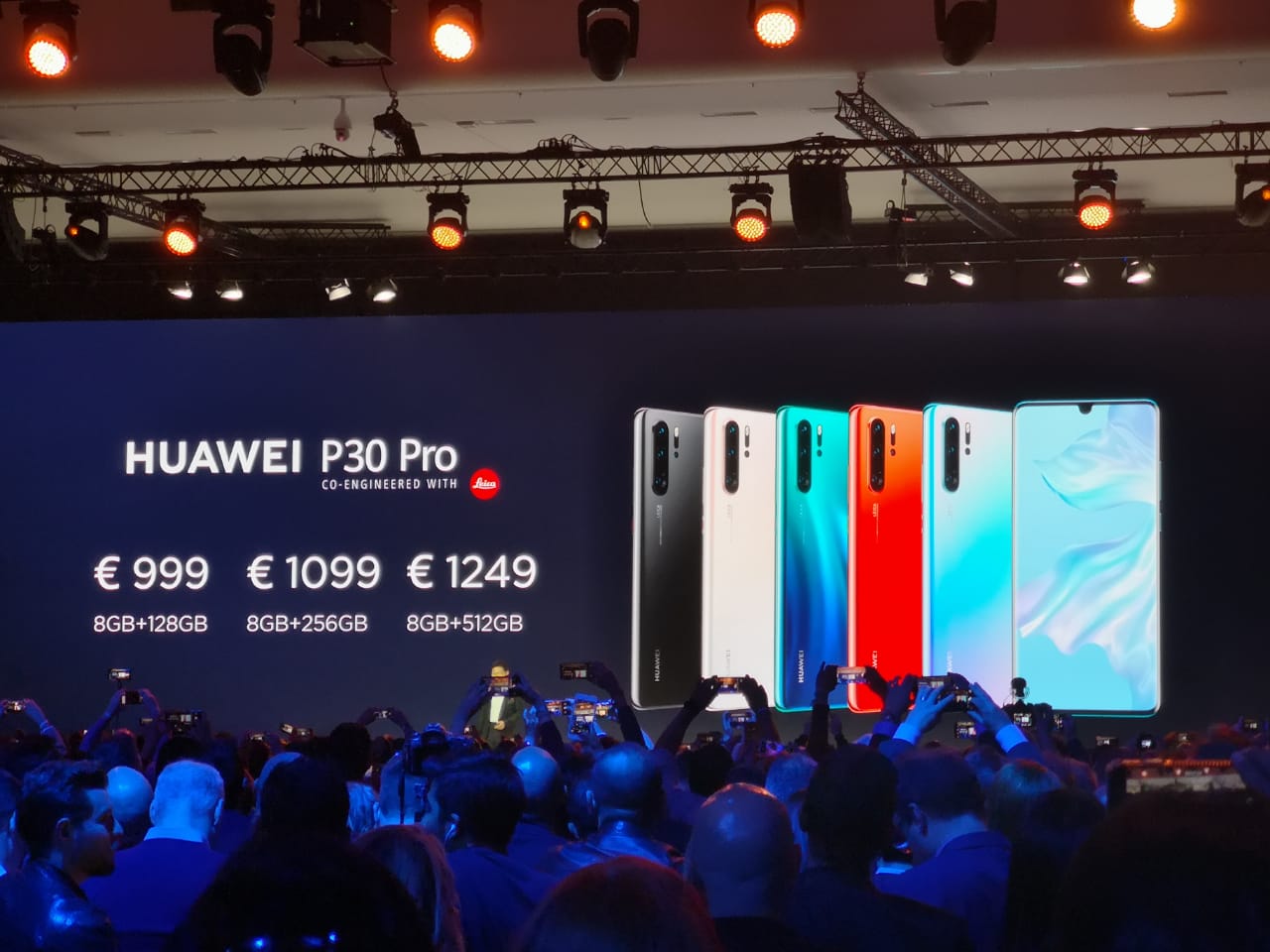