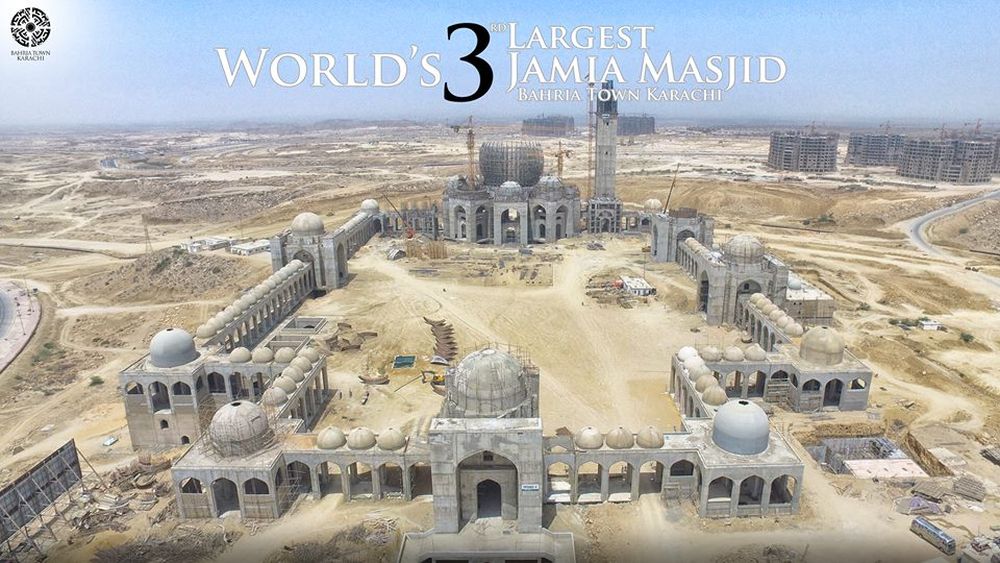 Bahria Town, Karachi will see the construction of world’s third-largest mosque, behind Masjid-al-Haram and Masjid-e-Nabwi. The grand mosque will have the capacity for 800,000 worshippers.

Bahria Town shared the news with the Islamic world in an official statement on its website:

The mosque will also house an international university, along with an Islamic cultural center, museum, and a research center.

The Mughal and Islamic style architecture will give mosque an iconic look.

The Bahria Town Karachi Masjid is being designed with Islamic and Mughal style architecture, and draws inspiration from the masajid in Turkey, Malaysia, Iran, UAE and Kuwait.

The university will feature state of the art air-conditioning, a thermal powerhouse and water supply system among others.