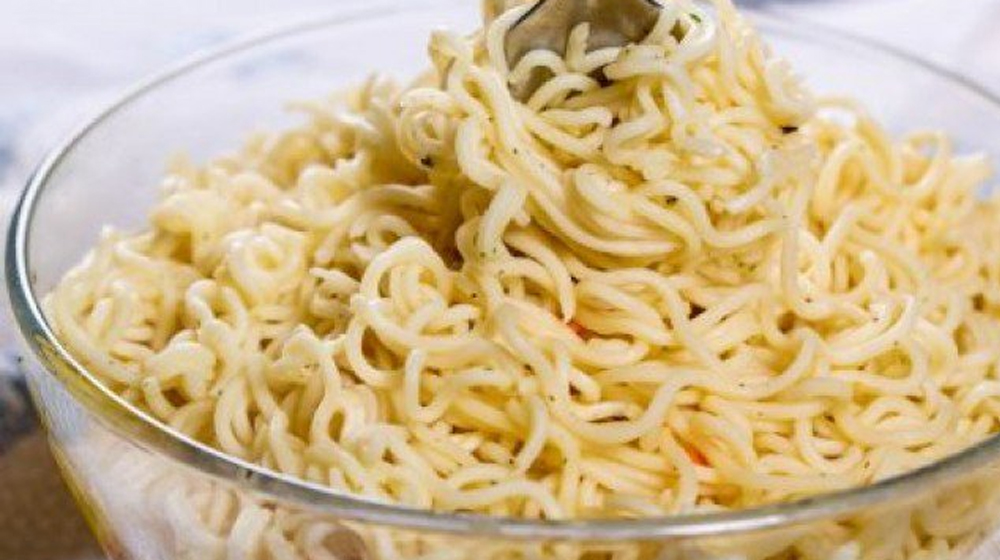 Khyber Pakhtunkhwa Food Safety Authority (KPFSA) has sealed the distribution outlet of a company for violating the food safety standards.

The company was selling noodles containing monosodium glutamate (MSG), aka Chinese salt, that has been banned across the country. After receiving reports of a brand of instant noodles using the banned ingredient, KPFSA conducted a raid on the warehouses and seized 3000 packets of the product.

KPFSA Director Operations, Khalid Khan Khattak, said that his team received information that noodles contain Chinese salt that has been banned by the Supreme Court of Pakistan.

Khattak said that Food Safety Officers Ahmad Ali Shah and Adeel Ahmad investigated the reports and confirmed that MSG was present in the noodles.

With the help of local administration and police backup, the KPFSA team raided and sealed the warehouse where the noodles were stocked.

“The KPFSA picked up all 3,000 packets and sealed the premises till compliance,” says Khattak.

KPFSA DG Riaz Mehsud said that the authority has launched a crackdown against manufacturers and distributors of unsafe and counterfeit food products.

In the last 15 days, the authority has sealed over 15 soft drinks production units in seven districts while discarding more than 150,000 liters of fake soft drinks with counterfeit labels of renowned brands.