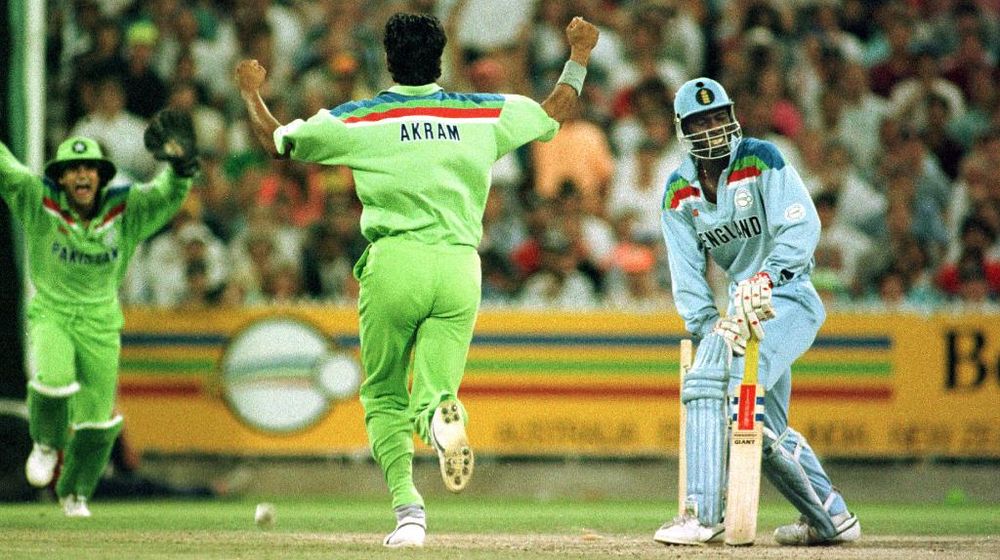 Arguably the greatest fast bowler of all time, Wasim Akram has turned 53 today. W0rld Cup 1992 final’s hero has given cricket fans plenty of memorable moments throughout his 20-year long career.

Hailed as the Sultan of Swing, Wasim Akram has played 356 ODIs and 104 Tests for Pakistan, taking 502 and 414 wickets respectively. His breathtaking spell of fast bowling in the World Cup final in 1992 changed Pakistan cricket forever. His wickets of Alan Lamb and Chris Lewis in successive balls on two mind-boggling deliveries still remain our favorite.

On his birthday, the social media platform, Twitter is swarmed with messages of love for the legend. Let’s have a look at what people are saying:

Happy Birthday to one of the greatest fast bowlers of all time @wasimakramlive! pic.twitter.com/b3NFum6x2u

One of the greatest fast bowlers of all time, his two wickets in two balls turned the course of the #CWC92 final as Pakistan surged back to win the trophy against England! pic.twitter.com/T6WV2CpdoK

– There is, there was & there will always be only one "Wasim Akram", Happy Birthday to the pride of Pakistan, the legend we all know as the "Sultan Of Swing"… #HappyBirthdayWasimakram #Cricket #Pakistan pic.twitter.com/zoB9bt9fJj

Records tumbled when he used to bowl.

He was a more than handy all-rounder as well.

460 International matches, 916 wickets, 6615 runs, 4 hattricks, 3 Test centuries and one of the alltime great bowlers, also, holds the world record for most sixes in a Test inns (12) when he smashed 257 batting at No8. Happy Birthday to the great Wasim Akram. @wasimakramlive. 🔥

The greatest of all time.

There will never be another Wasim Akram. Even if they keep looking for
the next Akram forever, they will never find him. The greatest of them all… Happy Birthday legend. GOAT. @wasimakramlive pic.twitter.com/ag5GgHHLSk

What’s your favorite Wasim Akram moment? Let us know in the comments section.