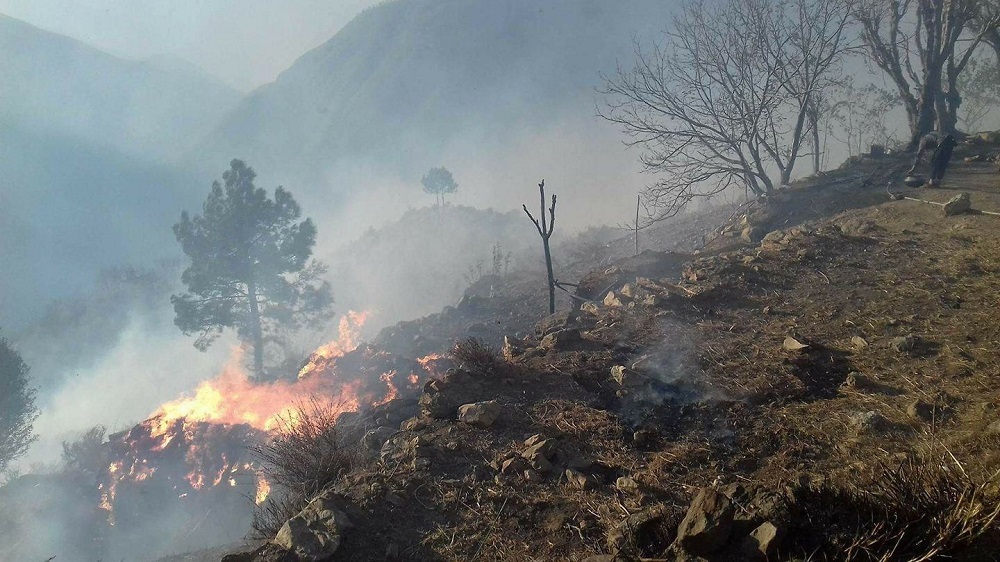 Wildfires in Khyber Pakhtunkhwa (KP) have taken a huge toll on the province’s ecosystem, incinerating more than 100,000 trees.

For the past two months, around 90 forest fires have been reported in various parts of KP. Most of the burnt trees were planted under the Billion Tree Tsunami campaign by the government in the last two years.

“We have yet to conduct a complete survey of the damage. Wildfires in forests are not new. Last year, six people died due to it,” Muhammad Themasip, project director of the Billion Tree Tsunami.

The Billion Tree Tsunami is an afforestation project that was introduced in 2014 by the provincial government to restore the green cover in KP.

Officials have revealed that more trees are expected to burn if the wildfires are not contained. Reportedly, the wildfires erupted after some individuals wittingly set bushes and trees on fire in Swabi, Mardan, and Swat areas of the province.

KP authorities have sought out help from Rescue 1122 and the military to extinguish the fires.