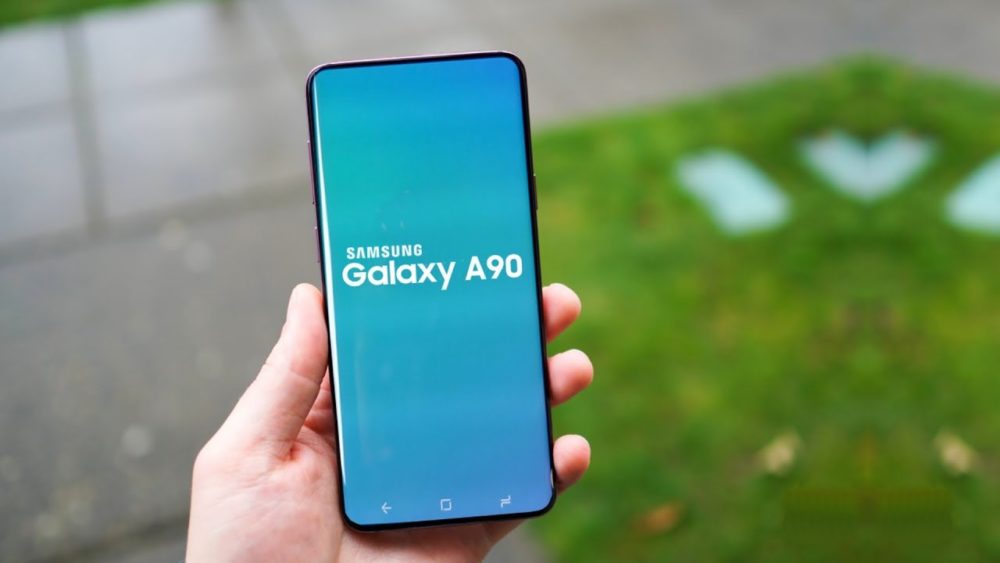 Samsung Galaxy A90 has been showing up in a lot of leaks lately. Earlier it was believed that the Galaxy A90 will be a part of Samsung’s all-new Galaxy R series of devices. But now, it turns out that this speculation stemmed from a misunderstanding, as some sources confused marketing names with internal codenames.

The device will indeed be a part of the Galaxy A series, and new details on the phone have just appeared online.

Tipster @OnLeaks has revealed that there’s actually going to be two models. The SM-A905 is going to be the 4G only version with a 6.7-inch screen and an under display fingerprint sensor.

The imaging hardware on this phone will comprise of 48-megapixel, 12-megapixel, and 5-megapixel cameras. This particular variant is also tipped to come with Tilt OIS technology, which appears to be a new type of optical image stabilization (OIS). Your guess is as good as ours on this.

Perhaps the most noteworthy detail here is that both the phones are going to be powered by the flagship grade SD855 chipset. This is going to be the first time the Galaxy A series rocks a top of the line SoC. This could make for some interesting competition against affordable flagships from other companies.