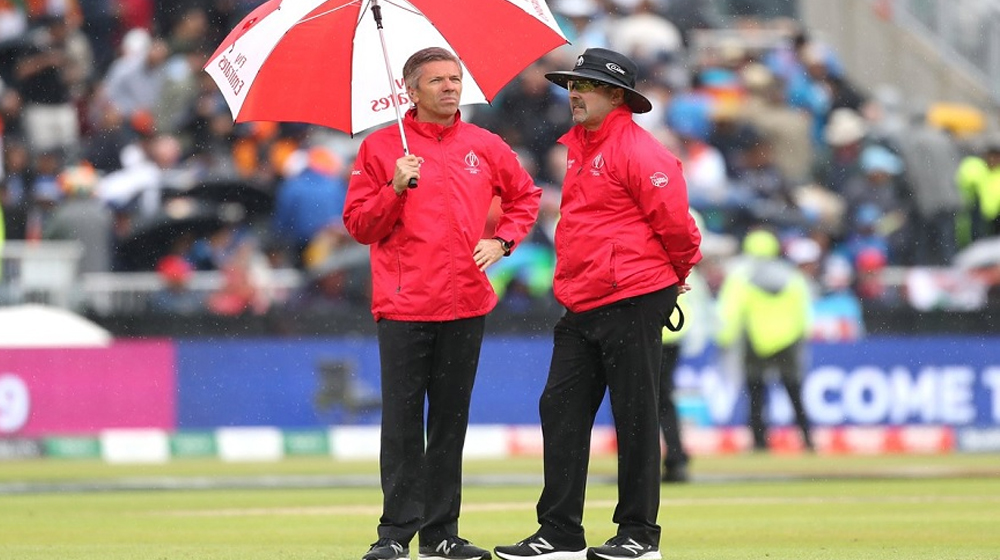 The first semi-final of ICC World Cup 2019 has been suspended due to rain and the match will resume tomorrow, the official announcement has been made.

Both teams came into the match hoping to bat first on a dry wicket but the conditions soon changed and by the time New Zealand walked into bat after choosing to bat first, the clouds loomed large over Old Trafford.

Things started roughly for New Zealand as Jasprit Bumrah and Bhuvneswar Kumar dominated the early overs. The Kiwis scored only 1 run into the 4th over when Martin Guptill was returned to the pavilion by Bumrah.

The behavior of the pitch made it difficult for New Zealand to score runs and it was evident during the partnership of Kane Williamson and Henry Nicholls.

Williamson made 67 runs whereas Nicolls was bowled by Jadeja for 28 off 51 deliveries.

New Zealand largely remained unimpressive despite Ross Taylor’s efforts to score runs. He remains 67 not out and Kiwis are 211-5 from 46.1 overs.

The play will resume tomorrow from the same scoreline.

Note: If the match is also washed out tomorrow then India will automatically qualify for the final of the ICC World Cup 2019 since they finished higher than New Zealand on the points table. Read more about it here.