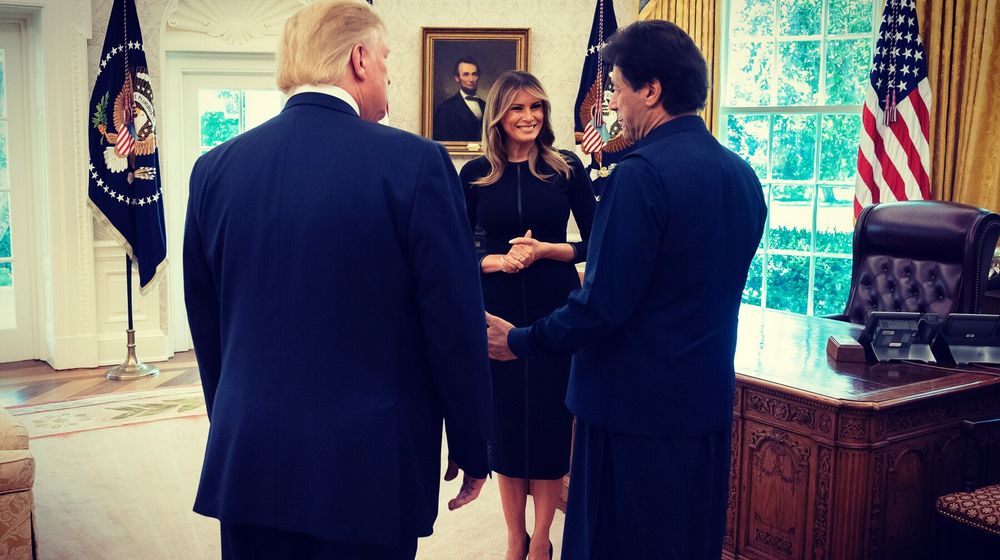 Prime Minister Imran Khan met the President of United States, Donald Trump, on Monday at the White House in Washington.

The meeting holds great significance for Pakistan as the government aims to reset ties with the United States in a way that both countries benefit from each other.

The high-profile meet-up seemingly went quite well for Pakistan with the biggest boost being the offer made by Trump to mediate the Kashmir issue between Pakistan and India.

There were some candid moments during the media Q&A session at the end of the leaders’ meeting. Considering Imran Khan met Donald Trump, there had to be a few.

Here are some of the highlights of the visit:

President @realDonaldTrump and the Prime Minister of Pakistan @ImranKhanPTI met at the White House to discuss counterterrorism, defense, energy, and trade. 🇺🇸🇵🇰 pic.twitter.com/TZi4iwpub1

President Trump gave remarks in the Oval Office at the beginning of his meeting with Prime Minister Imran Khan of Pakistan. pic.twitter.com/N4Wfz6kxKG

And then there were some not-so-good moments when Trump boasted of wiping off Afghanistan in 10 days.

If he thinks this makes him sound like a very "tough guy" he is very wrong. Just the fact that he is talking about killing 10M people should show the world just how deranged this man is. #KhanMeetTrump #DumpTrump pic.twitter.com/lD9gAZ6ITZ

And, I couldn’t resist sharing this.

What are your thoughts on Imran Khan’s visit to the US? Let us know in the comments section.