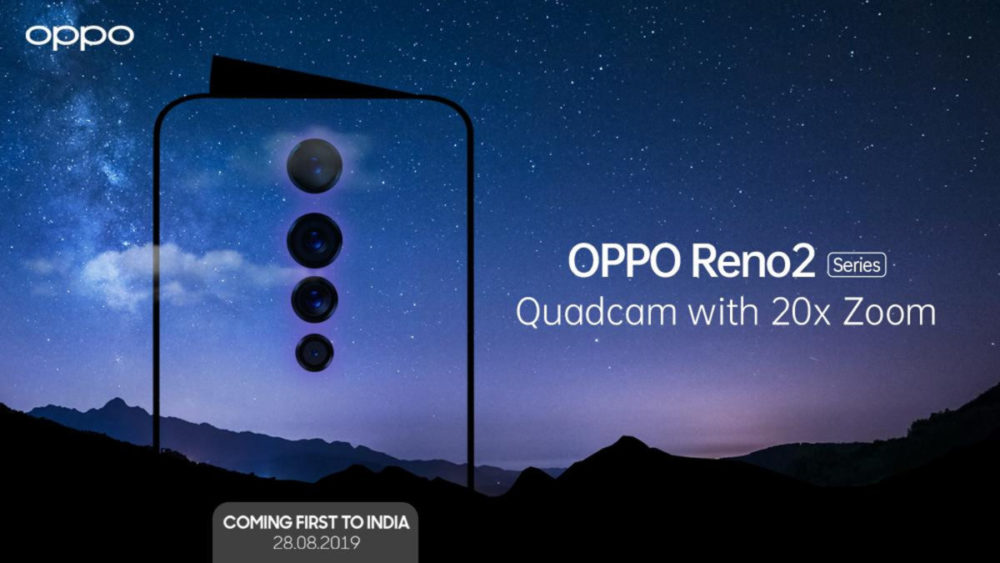 Hopefully, it won’t cost as much as a flagship phone.

The all-new Oppo Reno, that was teased earlier this month, is finally coming. The Chinese phone maker has confirmed that the Oppo Reno2 is all set to arrive in India on August 28.

The company is probably looking to launch multiple phones, as the image posted by the Oppo India Twitter account says “Oppo Reno2 Series”.

We are most likely looking at multiple phones in the Reno2 series. The lineup will feature a quad-camera setup at the back in a vertical layout with 20x zoom capabilities. It doesn’t detail how this 20x zoom will work, but we expect a hybrid zoom feature here with a mix of optical and digital zoom.

The image also shows the shark fin style pop-up camera we saw on the vanilla Oppo Reno, which means we will be getting a notch-less display on the Reno2.

Oppo Reno2 series will be announced on August 28 at a launch event in New Delhi, India. That’s still more than a week, which means we’re likely to see more leaks and rumors about the new series in the next few days.

Watch this space for more on Oppo Reno2.