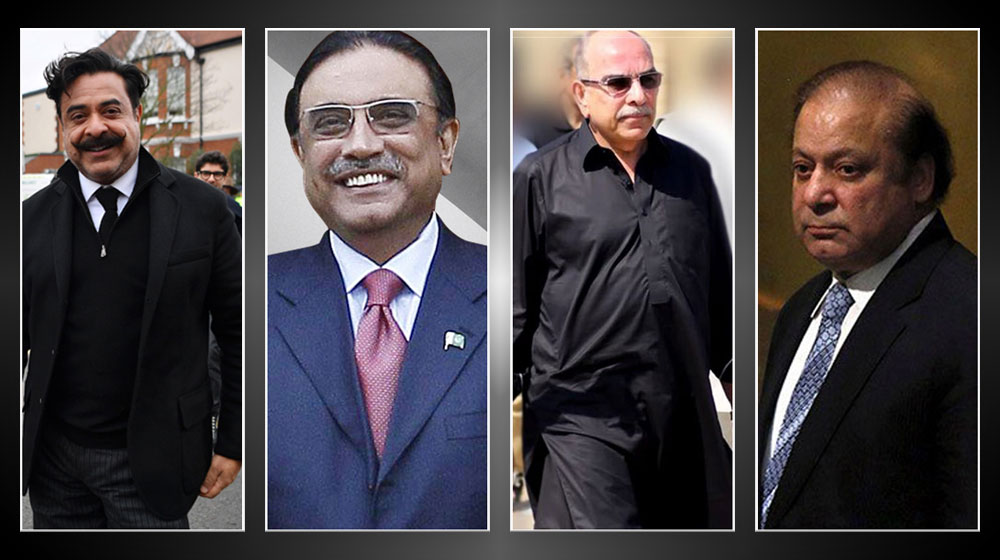 Despite being economically poor, Pakistan has several billionaires. Over 80 percent of the population is living an average life, while 34% percent of them are still below the poverty line. Though our rich grow rich with every passing day, they do not hold a candle to the world’s richest.

According to the Global Wealth Indexes, the total count of Pakistan’s elite-class wealth (assets minus debt) in 2018 was just 0.1 percent. While India has 16 billionaires in the Forbes 2019 list, only a couple of our fellow countrymen have made it to the list.

Here we have enlisted the top 10 richest people in Pakistan on the basis of their net worth.

Note that the net worth of their wealth mentioned is based on their asset information available publicly.

Shahid Khan is a Pakistan-born American businessman with a net worth of $8.3 billion is declared as the richest man in Pakistan 2019. Born in 1950, Khan belonged to a middle-class family from Lahore and traveled to the United States in 1967 for higher studies. There, his first job was washing dishes at a local restaurant that paid just over $1 per hour.

Shahid Khan, the man of a strong will and a charismatic personality, jumped the stairs of success when he started his own business. In 1978, he started making car one-piece bumpers for customized pickup trucks and body shop repairs.

Two years later, in 1980, he bought Flex-N-Gate Corporation, the company he first joined as an engineering director. The company now has 66 plants worldwide and over 24,000 employees.

Besides, he and his son Tony Khan have also launched All Elite Wrestling in competition to WWE earlier this year. 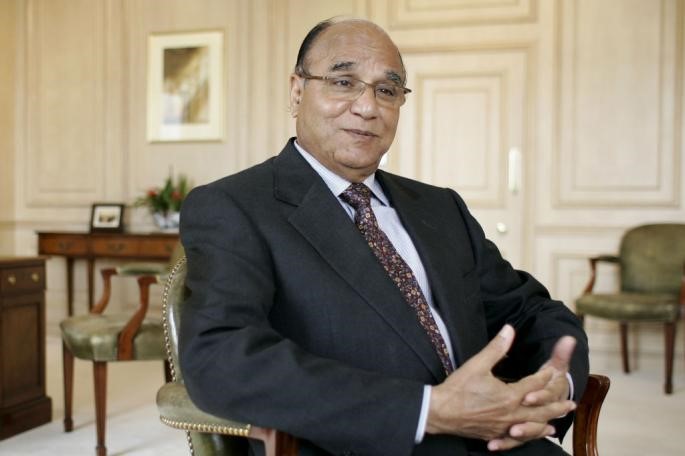 Sir Anwar Pervez is second in the list of top 10 richest men in Pakistan. Just like many other successful people, his life journey is written with sheer hard work and honesty. He credits his success to “one percent luck, 99 percent diligence, and honesty.”

Born in 1935 in a small town of Punjab, Anwar Pervez belonged to a low-income family. He used to go to the school barefooted. After completing matriculation with a first division, he couldn’t afford further studies and joined a company as a telephone operator. There, his first salary was Rs. 96 per month.

In the 1950s, at the age of 21, he migrated to the United Kingdom and started working as a bus conductor in Bradford. After working as a conductor for five years, he had enough money to bring his other family members to Britain.

A few years later, their combined income was enough to start their own retail store in Earl’s Court, a specialist store that sold masala and halal meat.

In the late 60s, he decided to expand his business, and entered into wholesale business under the banner of Bestway. The company now owns a reported 18 percent market share in the UK’s wholesale sector.

The company also deals in cement, banking, and pharmacy sectors. Besides, he is also a major share-holder in United Bank Limited (UBL). Sir Anwar is the richest Pakistani in the UK, with a net worth of $4.6 billion.

Pervez, 82, is a very eminent personality in the United Kingdom. Knighted by the Queen in 1999, Sir Anwar Pervez is also a lifetime member of the House of Lords.

He has also received several UK-based awards for his support and successful business activities like EMMA Business Personality of the Year, Barclays Business & Commerce Excellence Award, and Grocer Cup for Outstanding Business Achievement, and GG2 Entrepreneur of the Year among others. 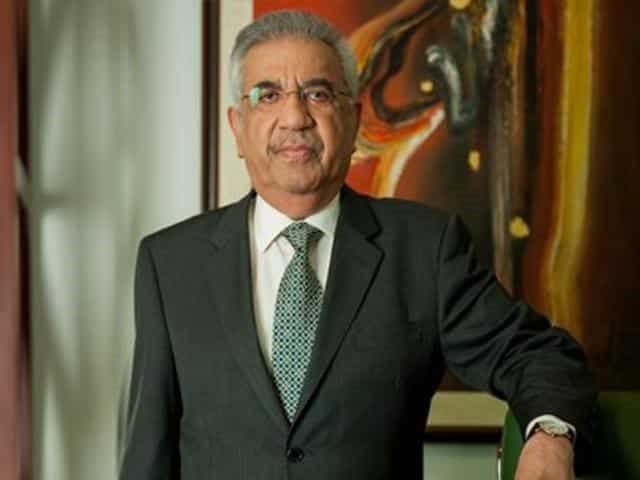 Sadruddin Hashwarni, the owner of Marriott and Pearl Continental Hotels across the country, ranks third in the list of top 10 wealthiest men in Pakistan with a net worth of $3.4 billion.

Born on 19 February 1940 to a Khoja family in India, Hashwani was always a business-oriented person. At the age of just 20, he founded the Hassan Ali Company along with his brother. Before being nationalized in 1973, it was Pakistan’s largest cotton trading company.

He then launched Holiday Inn hotels in Karachi and Islamabad. Both of the hotels were renamed Marriott hotels in the 1990s.

The chairman of Hashoo Group has invested in a lot of successful businesses. He has stakes in almost every running industry in Pakistan, such as travel, tourism, real estate, pharmaceuticals, Information Technology, oil industry, and gas. The Hashoo Group also owns Ocean Pakistan Limited, a prestigious Oil and Gas exploration and production company.

Mian Muhammad Mansha – an industrialist and entrepreneur – is a Pakistani business magnate and a billionaire with a net worth of $2.7 billion, as of July 2019. Some sources, however, guestimate his net worth at 5 billion US dollars.

Born in 1947, he belonged to a well-off family who migrated to Bengal in the 1930s. Mansha family, however, settled back in Punjab after patrician, where they started a cotton ginning business, which later became the Nishat Textile Mills – now Pakistan’s largest fabric manufacturing mill.

He is the owner of the Muslim Commercial Bank (MCB), which is among the country’s most profitable private banks. Besides, he is the founder and the Chief Executive of the Lahore-based international conglomerate Nishat Group. The Nishat Group has also partnered with Hyundai Japan to assemble the Japanese vehicles in Pakistan.

Moreover, Mian Mansha also owns Adamjee Group, Nishat Chunian Power & Nishat Group, DG Khan Cements, and has shares in the transport industry. He has also expended his presence in the big-budget infrastructure projects in Pakistan, including seaports and energy production.

He made it to the list of Forbes’ billionaire list in 2010 and also received Sitara-e-Imtiaz in 2004. Mansha family remains among the highest taxpayers of the country. 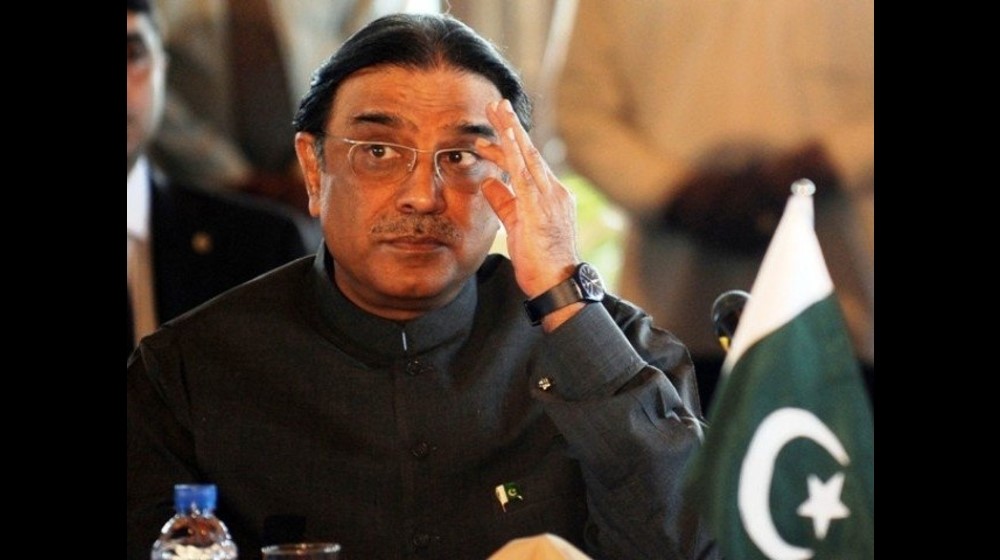 Asif Ali Zardari – the former President and the co-chairman of Pakistan Peoples Party (PPP) – is said to be the 5th richest man in Pakistan with a net worth of $1.8 billion. However, the estimate does not include his reported states in Surrey, West End of London, Normandy, Manhattan (a condominium in Belaire Apartments), and Dubai, as well as a 16th-century chateau in Normandy.

Unknown to the world until the 1980s, Zardari allegedly used to black cinema tickets and run gambling houses. He shot to fame after marrying Benazir Bhutto in 1987, who later became Pakistan’s first female Prime Minister a year later. During her three terms as the premier, Zardari was known as Mr. 10 Percent in the government corridors for his ‘brokerage services’ to anyone against a fixed 10 percent of the deal. He amassed most of his wealth during Benazir Bhutto’s government.

He has previously been to jail twice on corruption and murder charges, and is currently named as a man accused in a multibillion fake accounts scandal.

After the assassination of Benazir in 2007, PPP swept a majority of the seats in the 2008 elections, and Zardari became the President of Pakistan. He served on the post till 2013.

Along with his political career, he also has investments in agriculture, beverages, and the real estate sector for which he has been included in the list of top richest people with a net worth of $1.8 billion. 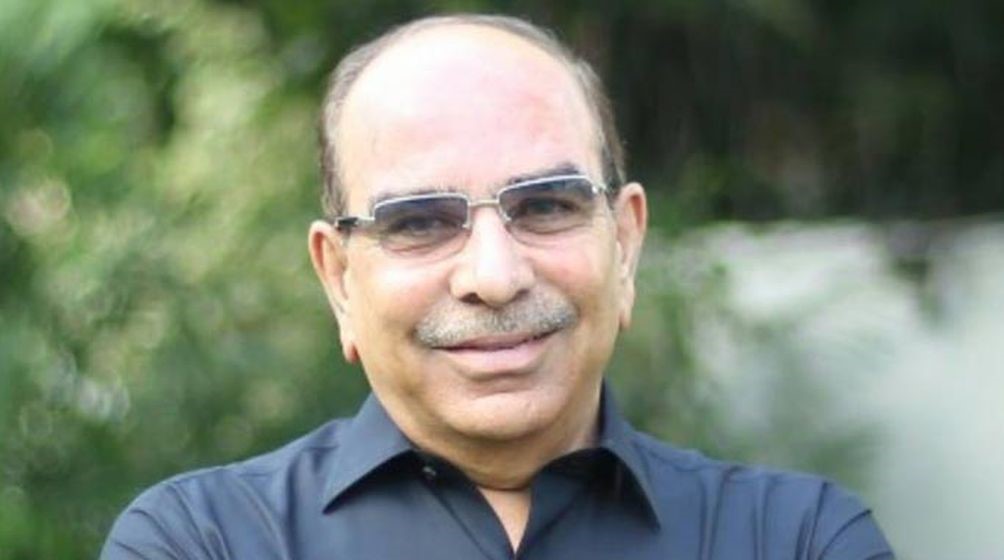 Malik Riaz Hussain, who often goes with the name Malik Riaz, is the country’s leading real estate tycoon and one of the wealthiest businessmen of Pakistan.

Born to an unsuccessful construction contractor, Riaz couldn’t finish his studies due to ups and downs in his fathers’ business affairs. After matric, he started working as a clerk with the Military Engineering Service. There, he established his contacts and learned to work the system.

Later in 1995, he established a construction company under the banner of Hussain Global. Soon, with the help of his contacts, Malik Riaz signed an agreement with Pakistan Navy’s charitable trust known as Bahria Foundation to develop a gated community called Bahria Town. In the 2000s, the Pakistan Navy transferred the entire shareholding to Malik Riaz.

That was when he started expanding the housing scheme. So far, he has established nine phases of Bahria Town Rawalpindi. Besides, he has developed a gated community in Lahore and is close to finishing Bahria Town Karachi, Asia’s largest gated community. The project eventually lent him in hot waters as 16,896 acres of land for this project were acquired illegally. The case remained in the Supreme Court until March this year, which he settled by paying a compensation of Rs. 460 billion with the top court.

He is also a well-known figure in the country thanks to his philanthropy work. He has built several hospitals and houses for the deprived people of the country.

As of 2019, Bahria Group has 60,000 employees, making it one of the largest private-sector employers in Pakistan. With a net worth of $1.5 billion, Malik Riaz is 6th in the list of Pakistan’s richest men. 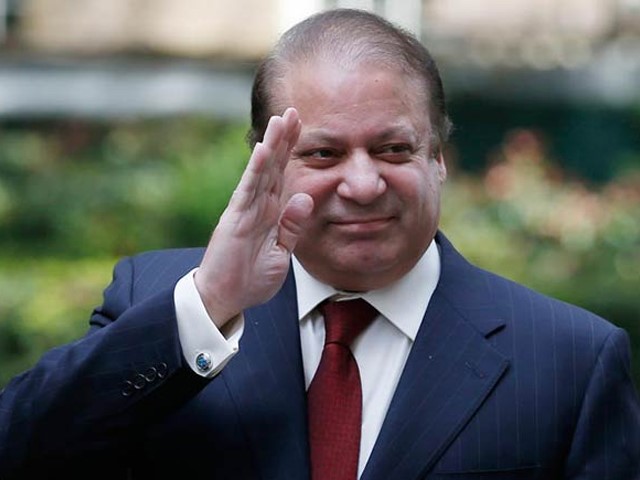 Mian Mohammad Nawaz Sharif – the three-time Prime Minister of Pakistan – is one of the richest men in the country. The veteran politician and owner of Ittefaq, the leading steel producer in Pakistan, also holds investments in agriculture, sugar, and transport. His net worth is up to $1.4 billion. The estimation does not include the undeclared properties, especially the ones in England, UAE, and the United States.

Born on 25 December 1949, Nawaz Sharif is the eldest son of Mian Mohammad Sharif, and is believed to have acquired much of his assets and the wealth during his government terms. An exact estimation of his hidden assets across the world has not been established so far.

On the political front, he is one of the most accomplished politicians in Pakistan’s history. Starting his career as the Finance Minister of Punjab during Zia’s regime, he served as the Chief Minister of Punjab for two terms before taking oath as the country’s 12th Prime Minister in 1990.

Since then, he has seen various crises in his political and business career but always overcomes the hardships. The Supreme Court convicted him in 2017 in Panama Scandal, which revealed his multibillion offshore investments in UAE, England, and other countries. The three-time Prime Minister and his daughter Maryam Nawaz are now facing jail for alleged corruption charges. 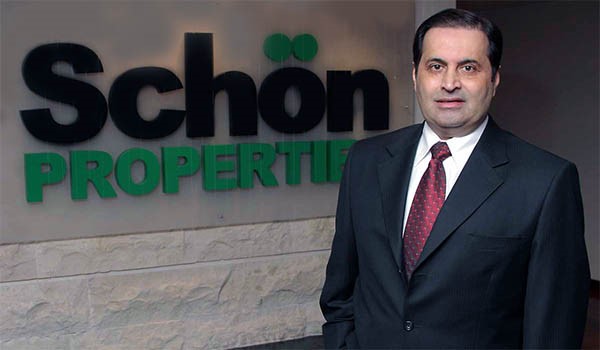 Nasir Schon is the owner and co-founder of Schon Properties, along with his brother Tahir Schon. The company, established in 1971, was a huge success when it launched its real estate projects in the UAE.

So far, the company has delivered 1.6 million square feet in Dubai. The company has received many awards for its work, including CNBC Arabian Property Award and Bestway Office Development Award. With a net worth of a little over $1 billion, Nasir Schon remains the 8th wealthiest man in Pakistan. 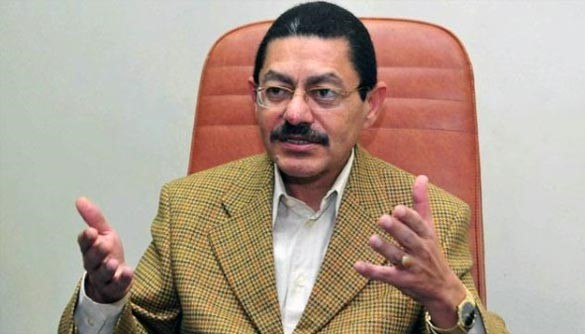 Rafique M. Habib of the House of Habib is one of the most prominent names in the country’s business sector. The House of Habib, which has a history older than Pakistan, now holds numerous subsidiaries including, Habib Bank Limited, Habib Metro, Habib Public School, and University, Indus Motors Company, Habib Insurance Company, and many more.

With a net worth of $0.95 billion, Rafique M. Habib is the 9th wealthiest man of Pakistan. 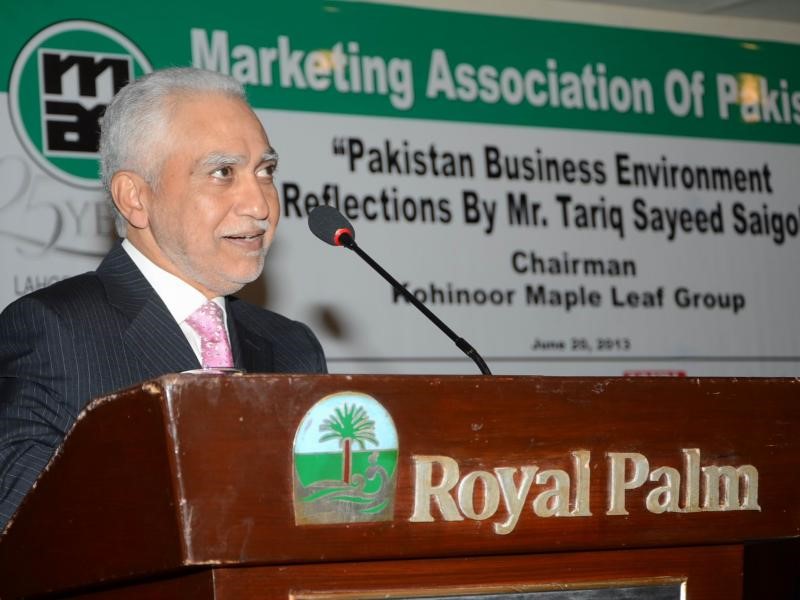 Tariq Saigol – the owner of Kohinoor-Maple group, Saigol motors, and Sajeel motors – is 10th on the list of Pakistan’s richest businessmen with a net worth of $0.9 billion. He has also heavily invested in Kohinoor textile mills, Pak electron, and Kohinoor Power Company.