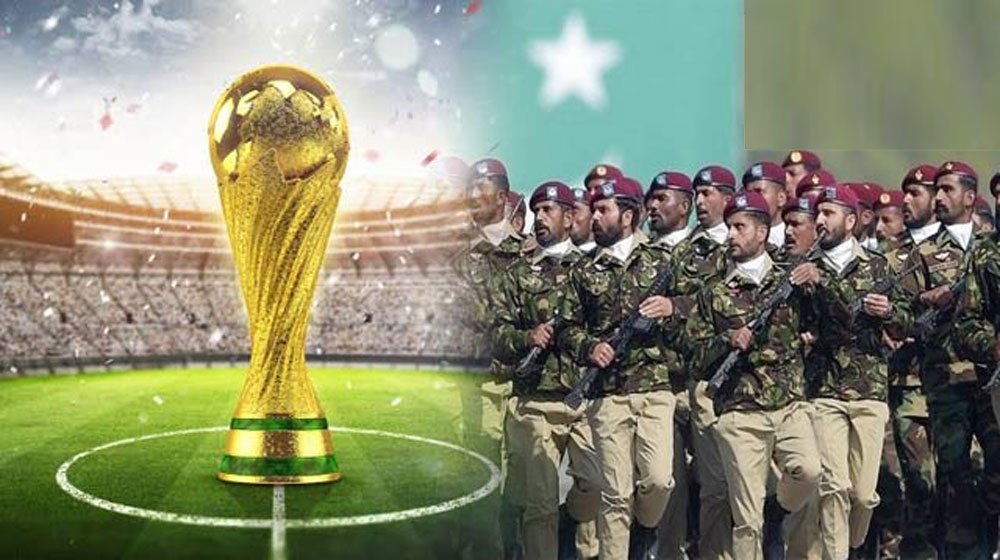 Pakistan has offered Qatar to provide security for the FIFA World Cup scheduled to be held by the Gulf state in 2022.

President Arif Alvi made the offer during his meeting with the Qatar Emiri Guard, Major-General Hazzaa Bin Khalil Bin Mansoor Al-Shahwani at his office.

Al-Shahwani was heading the Qatari delegation that discussed the bilateral relations between the two countries.

Qatar is Opening Visa Centers in Lahore and Peshawar

President Alvi said that there was a lot of scope in the field of defense exports and joint production ventures. He highlighted that Pakistan’s armed forces had a vast experience in the field of security and professionalism, and could provide security for the Football World Cup 2022

He also appreciated the defense cooperation between the two countries in the past, referring to the sale of eight Super Mushak training aircraft to Qatar in 2016.

The head of the state also asked Qatar to support Pakistan’s stance against the Indian brutalities in Kashmir. He underscored the need of the international community to push India towards the resolution of Kashmir conflict in line with the UN Security Council resolutions.

Islamic Countries’ Economy Will Grow to $3.4 Trillion by 2024: Report

“The fascist Indian regime is flagrantly violating the human rights of Kashmiris by revoking the special status of occupied Kashmir and by suspending their civil liberties. The Indian government has adopted a hostile attitude towards all its minorities.”

Major General Al-Shahwani said that Qatar and Pakistan had brotherly relations and it was their religious duty to support Pakistan at all levels.