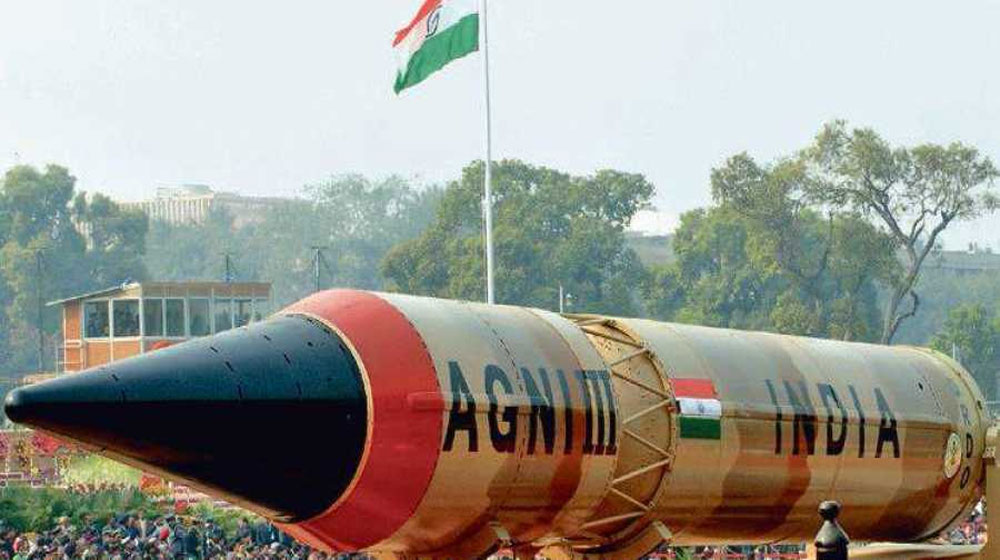 According to Indian media, the country’s army fired Agni-III missile late on Saturday night which crashed into the sea in Odisha.

Indian Express quoted army sources that the missile fired from Launch Pad-IV at the Abdul Kalam Island off Odisha coast deviated from its flight path and the mission team had to terminate it.

Starting from the launch to the first phase separation, everything was smooth in accordance with the mission plan but suddenly it started behaving abnormally.

Experts believe that the failure could be due to the metallurgical defects. Indian army had added Agni-III, which is capable of carrying both conventional and nuclear warheads, into its inventory in 2011.

The missile is the mainstay in the Indian army’s arsenal; however, it failed its night launch.

Earlier, the missile’s first two variants had also failed their both, development and user, trials in the past. India tested Agni-II in 2009 and failed to achieve the desired results.