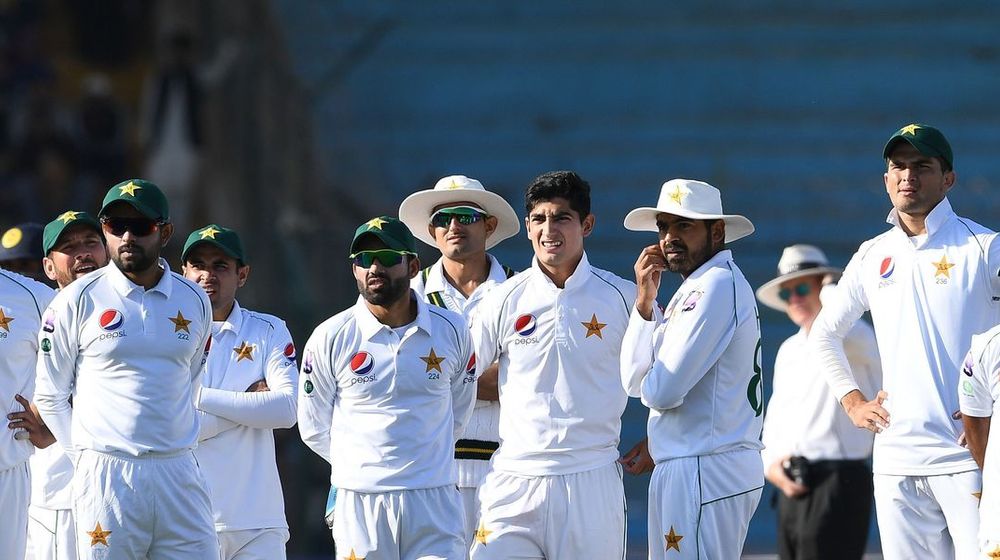 Pakistani run-machine, Babar Azam has earned big points in the ICC Test rankings following another unbeaten hundred in the second Test at Karachi.

The top-order batsman has moved to career-best number 6 in the rankings, becoming the only batsman to be ranked in single-digits across formats. Virat Kohli is also in the top 10 in all formats but not in single digits.

The 25-year-old made 60 in the first innings and increased his hundreds tally to 4 in the second innings in a historic win over Sri Lanka.

Here are the top 10 in ICC Test rankings:

The next-best Pakistani batsman, Asad Shafiq, is at 20th place whereas Azhar Ali’s rank has improved to 26th. Shan Masood’s numbers have improved as well, taking him to 41st place and Sarfaraz Ahmed, who was sacked from captaincy is listed on the 45th rank. He was previously Pakistan’s 4th best-ranked batsmen in test matches.

Abid Ali, who has only played two Tests is only one spot behind Haris Sohail’s 61st ranking.

In the bowlers’ rankings, Naseem Shah has entered the top 100; he’s currently at 79th, Shaheen Afridi has jumped to 39th while Mohammad Abbas now sits at 15th place, up from 19th. Yasir Shah is on the 22nd place on the list.

What are your thoughts on the rankings? Let us know in the comments section.