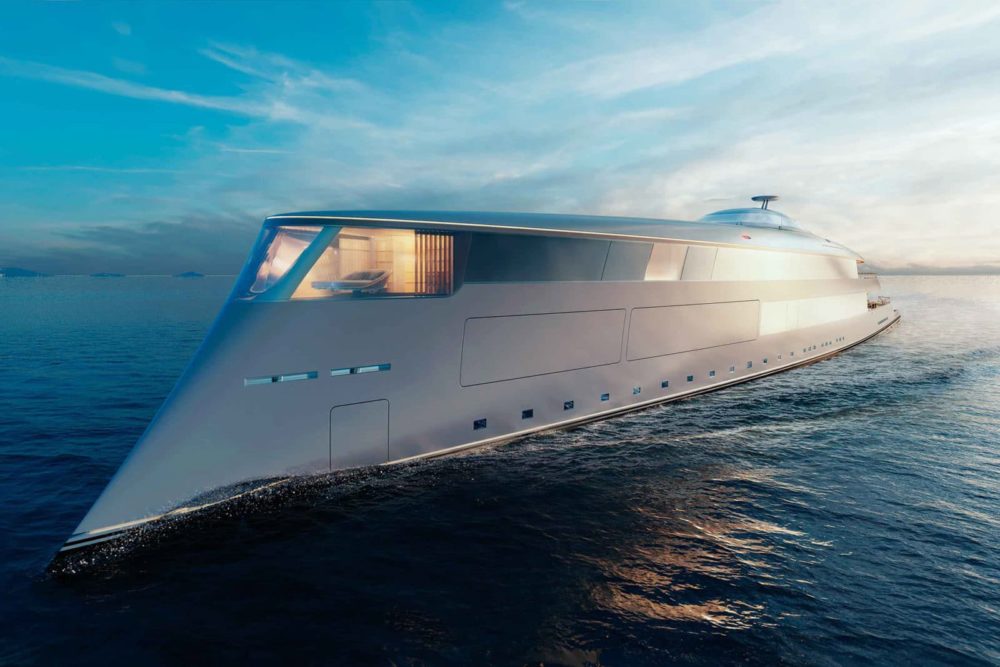 Bill Gates has been investing in environment-friendly tech for a while now and recently there was news of another such investment that is a visible reminder of his wealth. One of the richest men on earth has ordered the first-ever hydrogen fuel cell-based yacht, the Sinot’s Aqua.

The “Superyacht” costs $644 million, is 370-meters long and features five decks, can house 14 people along with a 31-person strong crew and is powered by two 1MW motors fuelled by supercooled hydrogen tanks.

Instead of using coal or wood, the yacht used gel-based fire bowls to keep the people warm when in the open and while it won’t be breaking any speed records with a 17-knot top speed (19.6MPH), it is capable of cross-ocean travel due to its 3,750-mile range.

The Aqua isn’t fully eco-friendly because dockside hydrogen filling stations are rare hence it has a diesel engine backup to help reach port. It won’t be sea ready until 2024.