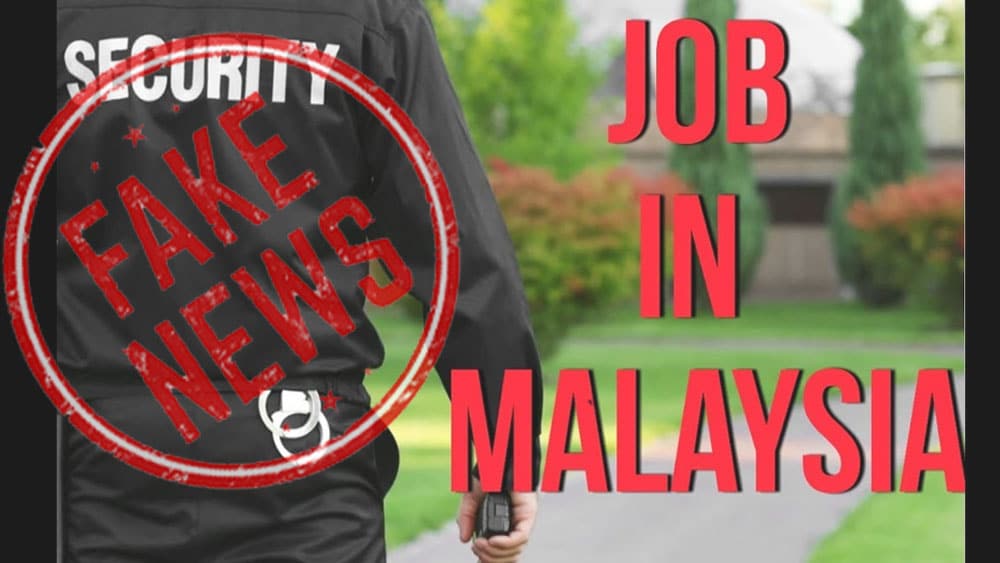 As Prime Minister Imran Khan concluded his official visit to Malaysia earlier this month, a report surfaced on the social media that the country has opened its doors on Pakistanis for security jobs.

Coming from a local English newspaper, the story mentioned that Malaysia is going to allow as many as 150,000 Pakistanis to work as security guards in the country and that the recruitment process will begin soon.

However, it turns out that the report was fake, same as many news stories on social media these days.

The rebuttal comes directly from the Malaysian government, which said that nothing of the sort was announced or discussed with Pakistani delegation.

A statement from the Malaysian Home Ministry said that Nepali nationals are the only foreigners allowed to work as security guards in the country.

The statement further mentioned that the government prioritizes hiring local citizens for these jobs, indicating that more than 80 percent of security guards trained in the past seven years are Malaysian.

The Home Ministry wishes to emphasize that currently only Nepali security guards may be employed by security firms licensed by the ministry.

Furthermore, the country’s Human Resources Minister, M. Kulasegaran, has also denied the report, saying that he doesn’t recall negotiating any such proposal during the recent visit of the Pakistani premier.