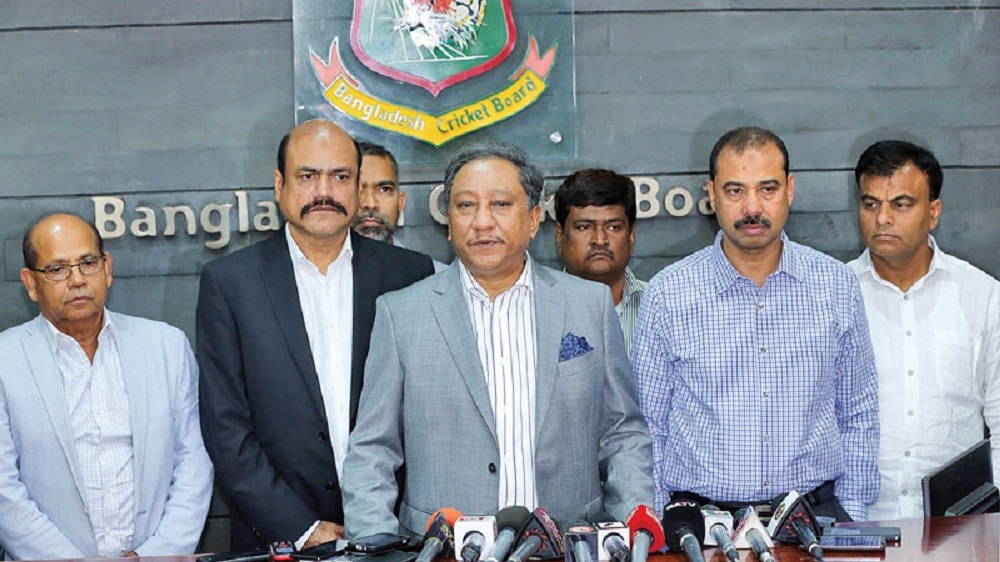 Bangladesh Cricket Board (BCB) is considering to call off Pakistan’s tour after confirmation of Coronavirus cases in Pakistan.

Bangladesh’s tour to Pakistan is divided into three legs. The first two legs consisted of a T20 series played in January at Lahore and a Test match played in February at Rawalpindi.

The last leg, which is scheduled to be played at Karachi after the conclusion of Pakistan Super League (PSL) 2020, includes an ODI and a Test match.

If Bangladesh decides to call off the tour, Pakistan’s efforts to bring back international cricket would receive a significant hit. Up until now, only host countries have called off events and sporting competitions fearing the spread of the virus from the visitors which makes Bangladesh’s stance rather odd.

Earlier, BCB had raised concerns over the security situation in Pakistan. However, those were addressed when BCB officials personally visited Pakistan. The fact that the entire PSL tournament is being played in Pakistan for the first time is a testament to the efforts and sacrifices made by security forces in making Pakistan safe.

Pakistan’s health ministry has undertaken numerous measures to contain the spread of Coronavirus in the country. Pakistan was the last country to report a Coronavirus case at a time when all of its neighbors had reported numerous cases.

If BCB still wants to call off Pakistan’s tour, it should consider the fact that Pakistan, along with Sri Lanka and India, had played Wills Asia Cup in Bangladesh during 1988 that opened the door of international cricket in the country.