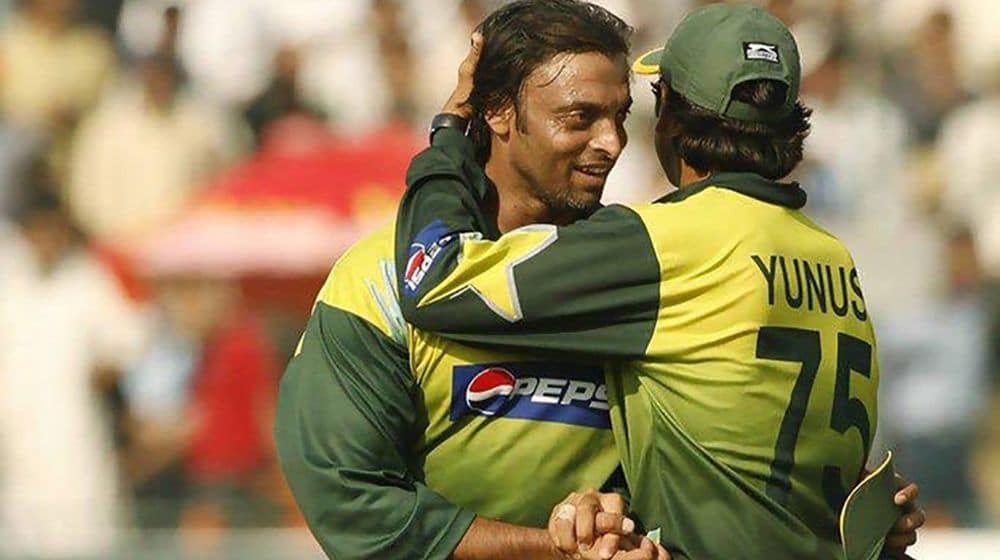 Shoaib Akhtar’s remarks against Pakistan Cricket Board’s (PCB) legal team, especially Taffazul Rizvi, have stirred up a new controversy and former cricketers have started to weigh in on the matter.

Former Pakistan captain and one of the greatest batsmen, Younis Khan, has come forward in the defense of Shoaib Akhtar, adding that he stands with the former fast bowler.

The legendary batsman has said that it takes courage to speak bitter truth and Shoaib Akhtar has done exactly that. He also called on the PCB to evaluate Akhtar’s remarks if it wants to improve cricket in the country.

What a befitting and bitter truth spoken by Shoaib Akhtar! It takes a backbone to be simply uncompromisingly forthright. Time for PCB to honestly evaluate his remarks for the betterment of Pakistan Cricket and its players. I stand with Shoaib Akhtar.

Earlier, the former pacer bashed Rizvi on poor handling of Umar Akmal’s case, saying Rizvi has a personal agenda against cricketers. With deep connections, Rizvi has managed to stay in the PCB for 10-15 years and he has been dragging players such as Shahid Afridi, Shoaib Akhtar, and others in courts, instead of respecting the stars.

The whole episode also highlights the rift between the former, as well as active, cricketers, and the PCB’s legal team. With players like Mohammad Yousuf, Shoaib Akhtar, Shahid Afridi, and Younis Khan himself, to name a few, having to go to courts for different reasons, only cricket has suffered.

Both Younis Khan and Shoaib Akhtar, along with a long list of former players, are not on good terms with the PCB, which shows how the cricket board is wasting their experience.