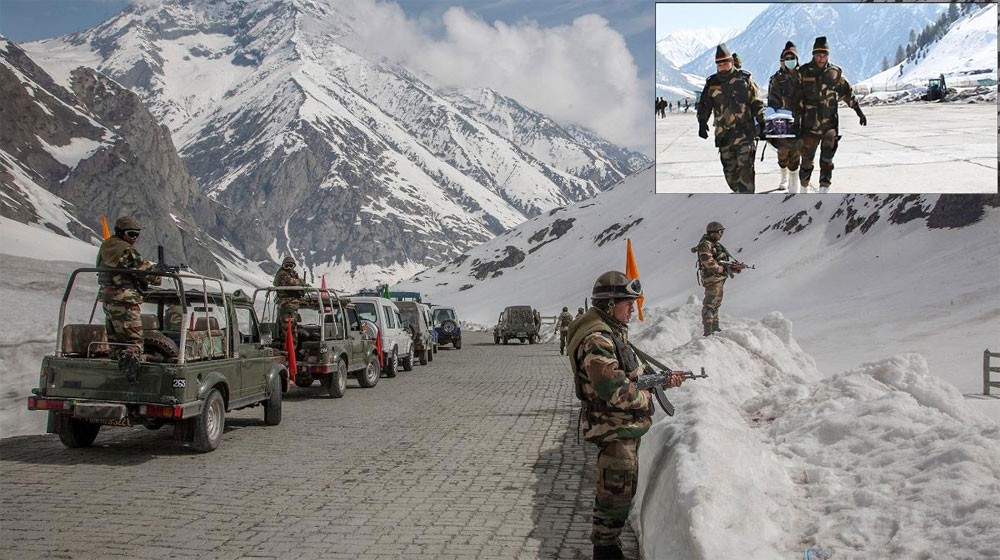 Indian Army has confirmed that at least 20 of its soldiers, including some high-rank officers, were killed during a bloody border clash with Chinese troops at the Line of Actual Control. The battle that left casualties on both sides happened in the wee hours of Tuesday in Eastern Ladakh’s Galwan Valley.

According to the Indian army, the clash erupted over an argument on the position of People’s Liberation Army (PLA) soldiers who were digging up defenses on the Southern bank of what India believes is a ‘no man’s land.’ China, on the other hand, claims it to be a part of its territory.

The initial number of deaths on the Indian side were 3 – including two soldiers and a Lieutenant Colonel. The other soldiers and officers succumbed to fatal injuries as medical support was not provided in time. An official statement from the Indian Army has confirmed casualties, adding that the two forces have now disengaged in the area.

Indian and Chinese troops have disengaged at the Galwan area where they had earlier clashed on the night of 15/16 June 2020. 17 Indian troops who were critically injured in the line of duty at the standoff location and exposed to sub-zero temperatures in the high altitude terrain have succumbed to their injuries, taking the total that were killed in action to 20. Indian Army is firmly committed to protect the territorial integrity and sovereignty of the nation.

Chinese media sources have confirmed its army suffered casualties in the border clash but refused to confirm the actual count.

This is the first combat casualty in the region since demarcation in 45 years, as no bullet has been fired on the world’s highest border since 1975. Sources say that no shot was fired during the recent clash as well, as the two sides used baton studded with kneels, stones, and hands during the faceoff.

The two forces have been at loggerheads in the Ladakh region over the border dispute. The stand-off has continued for the second month as multiple diplomatic and military level talks failed.

When contacted, the Chinese foreign ministry also confirmed casualties, saying that it happened in retaliation after Indian forces crossed the border and attacked the Peoples Liberation Army (PLA).

He said that Beijing had asked New Delhi not to take unilateral actions or stir up trouble.

Indian media is reporting that 34 of their soldiers have been missing in action since the last night’s stand-off in the Galwan Valley. It is believed that Chinese troops are holding them captive and want to use them as a bargaining chip when the two sides discuss de-escalation later on.