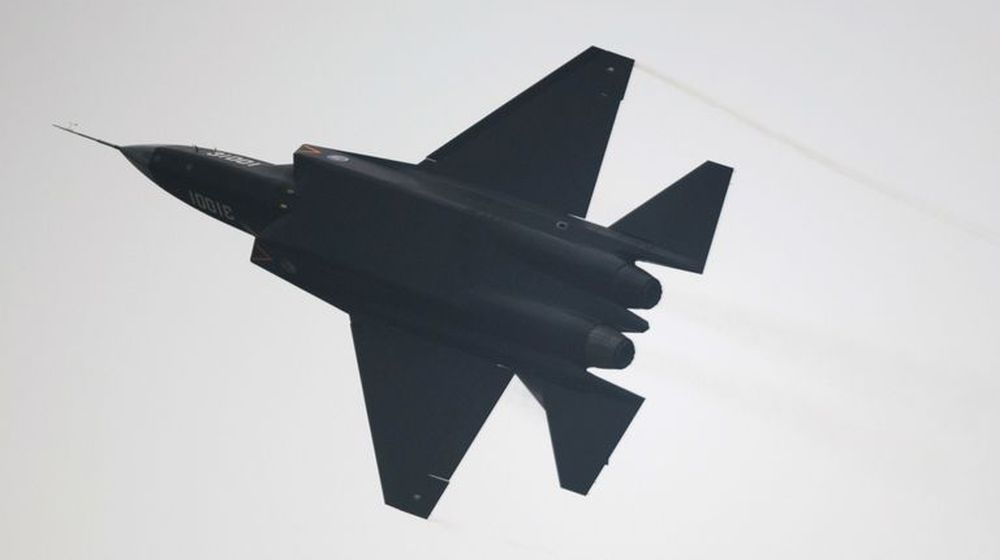 China’s latest stealth capable fighter jet J-35, under development as a part of FC31 project, will start flying in 2021 with production expected to start before 2025, Chinese and US media have reported.

The fifth-generation J-35 is a direct competition for American stealth fighter F-35 and reports state that the Pakistan Air Force (PAF) has set its eyes on the new Chinese fighter aircraft in response to India’s purchase of French Rafale.

According to the experts, the J-35 is a production-ready version of J-31, which bears a strong resemblance to F-35. The J-31 was originally planned to enter into service with the People’s Liberation Army of China by 2019 after being first unveiled in 2012, however, China’s inability to produce high-performance afterburning turbofan engines somewhat halted the progress of the aircraft.

With J-35 likely to be a revamped version of J-31, it is understood that China is confident that it can develop its own high-performance jet engines. The J-31 was earlier powered by Klimov RD-33 engines, the same as being used in Russian MiG-29 jets.

Pakistan is Working On Its Own 5th-Gen Stealth Fighter Jet

Experts believe that the J-35 will likely replace fourth-generation fighter J-10 because of its advanced tech and stealthy design. Renowned science and technology magazine, Popular Mechanics, wrote that the J-35 will make the Chinese Air Force more capable than ever.

If the new jet is indeed the J-35 and China builds large numbers of them, it will create a Chinese air force to be reckoned with.

According to the reports, the cost of the fighter jet will be around $70 million. In comparison, the F-35 is valued at $79 million whereas the French Rafale fighter costs $77 million. To maintain balance of power in South Asia, Pakistan will have to buy stealth-capable J-35 multi-role fighter jets in response to India’s Rafale.