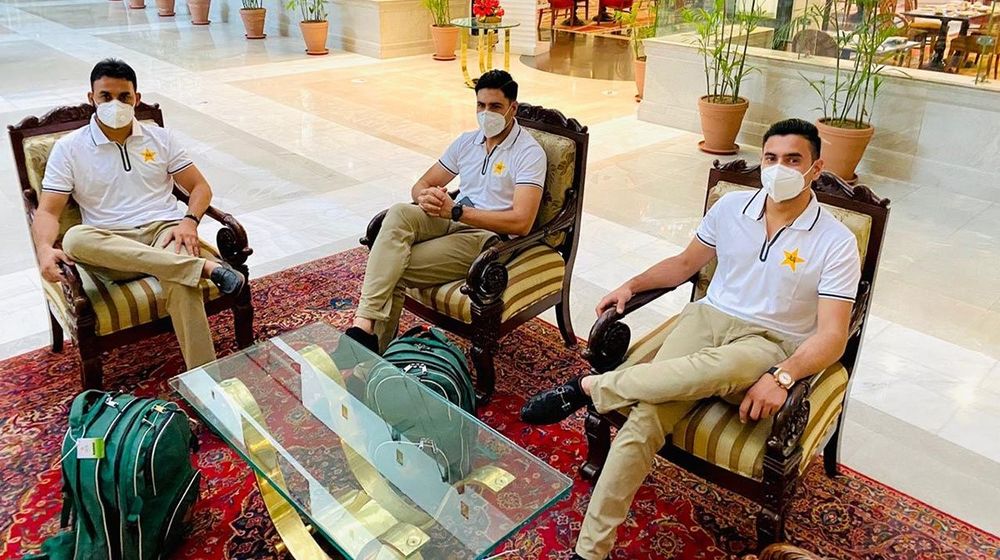 With the first Pakistan-England Tests three weeks away, more drama has unfolded as spinner Kashif Bhatti has once again tested positive for COVID-19.

The spinner was earlier sent to England after returning two consecutive negatives. A number of Pakistani players tested positive for the novel coronavirus when they were first tested in Pakistan.

As per the Pakistan Cricket Board’s (PCB) policy, everyone traveling to England must return two consecutive negative results. Due to this, only 19 cricketers out of 29 reached England on 28th June via a specially chartered flight. The others joined the team later after getting rid of the virus.

The England Cricket Board had earlier said that there will be regular testing of all the players and no one is allowed to get in touch with anyone outside the group. Earlier today, England’s pacer, Jofra Archer, was sidelined for the second Test after breaching bio-secure protocols.

Kashif Bhatti, who joined the team on 8th July, was quarantined as part of ECB’s policy. No other member of the squad has tested positive, however, this is a curious case as it’s been less than two weeks since the cricketer tested negative twice after failing the test multiple times earlier.

Update: “The player had returned a positive test result for the remnants of previous COVID-19 infection and in consultation with Public Health England and a virologist, a safety-first approach was taken to isolate the player,” an ECB spokesperson said. “The player has now returned a second negative test with no risk of infection to other players and staff.”

Kashif Bhatti has now been allowed to join the team after a period of self-isolation.