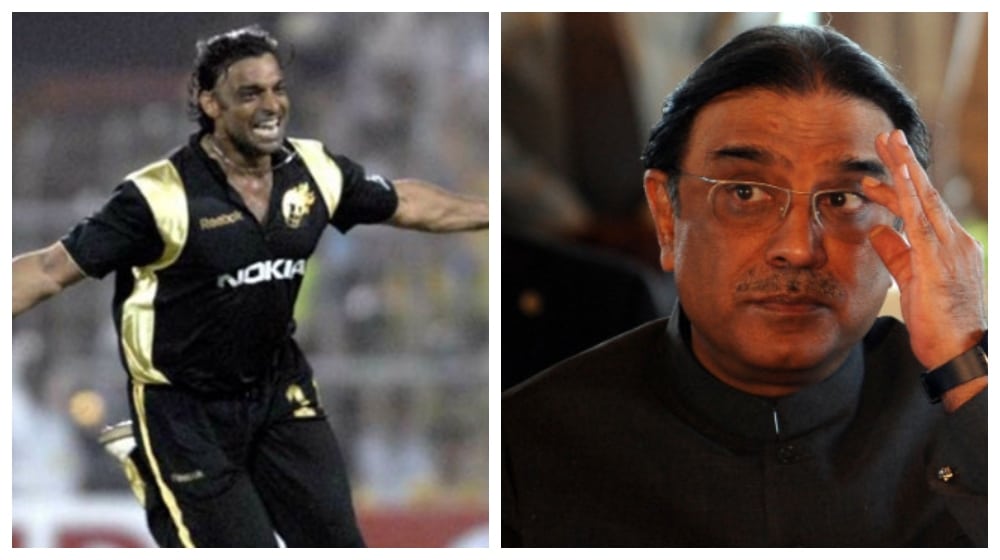 In a startling claim, former cricketer, Shoaib Akhtar has said that it was Asif Ali Zardari who helped him get back to the cricket field after a 5-year-ban imposed by the Pakistan Cricket Board (PCB). The Rawalpindi Express was banned on 1st April 2008 on account of violating the player’s code of conduct as he criticized the PCB.

It was right before the inaugural Indian Premier League which took place from 18th April to 1st June in 2008. Akhtar was then allowed to play the league following efforts made by the former President Asif Ali Zardari.

In October 2008, the Lahore High Court declared PCB’s decision null and void as Akhtar was declared eligible to play international cricket for his country.

Shoaib Akhtar’s Expectations from Pakistan on England Tour Startle Everyone

Right before Zardari was about to become the new President, he called PCB’s then-chairman, Naseem Ashraf, through late Salman Taseer to reinstate Shoaib Akhtar. The 44-year-old said that Zardari told the PCB Chairman to either lift the ban or he will be replaced.

He further said that Naseem Ashraf was asked to do a press conference regarding the matter at a late hour. Zardari told Naseem Ashraf that the fast bowler is going to New Delhi to play the IPL for Kolkata Knight Riders right away and everyone including the President, Parvez Musharaf, have been informed about the matter.