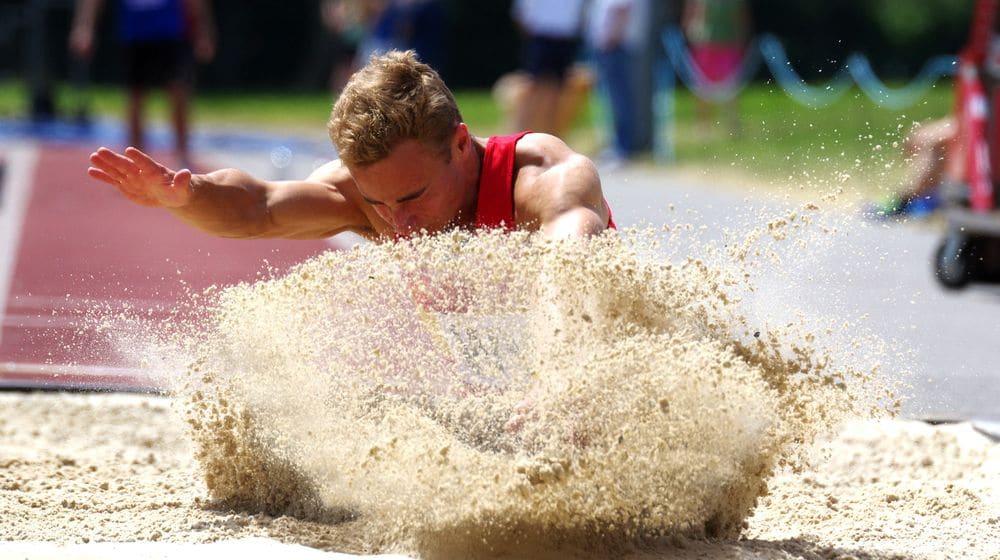 There’s no dearth of talent in Pakistan. All talented individuals need is some motivation and a platform to showcase their skills and startle everyone.

Following Asif Magsi, another young man from Bhakkar has come forward in the same sport, breaking the former’s record of a long jump over 11 bikes. Dilawar Baloch has challenged Magsi with a massive long jump over 12 bikes, winning praise from everyone in the local community.

A resident of Behl Nasheeb, Bhakkar, Dilawar is ye to go viral, however, he also deserves a chance like Magsi to hone his skills and represent Pakistan at the highest level.

Earlier, Asif Magsi had impressed everyone with a couple of his long jump videos, making him an instant internet star. His talent was instantly recognized by former Olympics gold medalist, Carl Lewis, and was also recruited by Pakistan Army for further training. The fisherman by profession was also called by the Pakistan Athletics Federation for trails and training with top coaches.