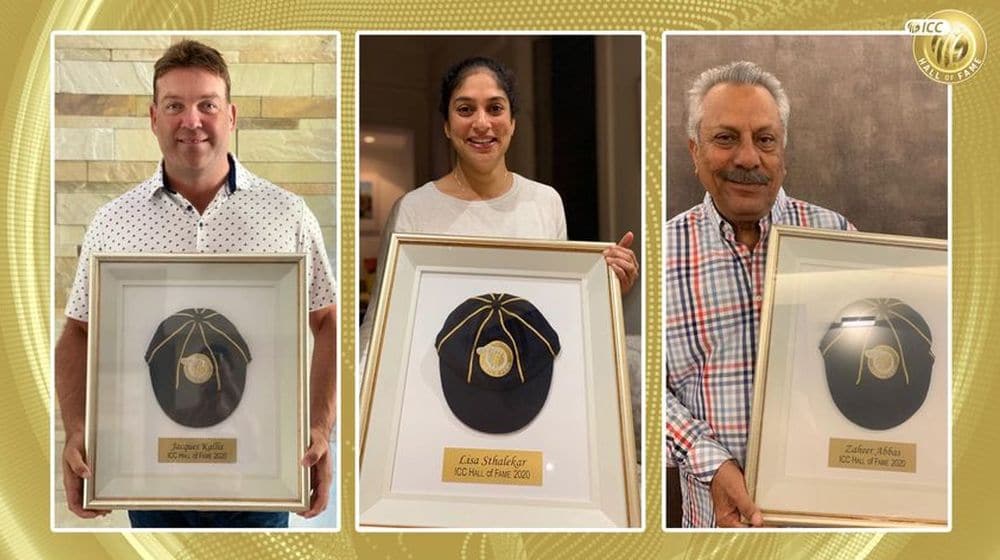 The International Cricket Council has inducted three retired greats of the game into the ICC Cricket Hall of Fame.

South Africa’s gritty all-rounder Jacques Kallis and talented Australian World Cup-winning all-rounder Lisa Sthalekar were joined by Zaheer Abbas of Pakistan, a stylish batsman of the 1970s and 80s who was also known as the Asian Bradman.

Kallis is the fourth South African player inducted and Zaheer the sixth from Pakistan. Lisa is the 27th from Australia and the ninth woman player on the list, which includes five from Australia. In all, 93 players have been inducted so far under the system, which sees retired players become eligible five years after playing their last international match.

Former ICC Cricket Hall of Famers formed the majority of the adjudicating panel with representation from the media, ICC, and Federation of International Cricketers’ Association (FICA).

“I feel privileged and truly humbled to be inducted into the ICC Cricket Hall of Fame of the class of 2020. I am excited to be in the midst of other illustrious cricketers”, Zaheer Abbas said.

I would like to say a special thanks to my family, my country Pakistan, my county Gloucestershire and many fans worldwide who helped me achieve and fulfill my dreams by playing this great game at the highest level. Thank you, ICC, and the members of the jury, for this special honor. It is a final recognition for any cricketer. This great game has made me the person I am. Thank you cricket.

ICC Hall of Fame: The Legends of Pakistan Cricket

Here are some of the highlights of Zaheer Abbas’ career: