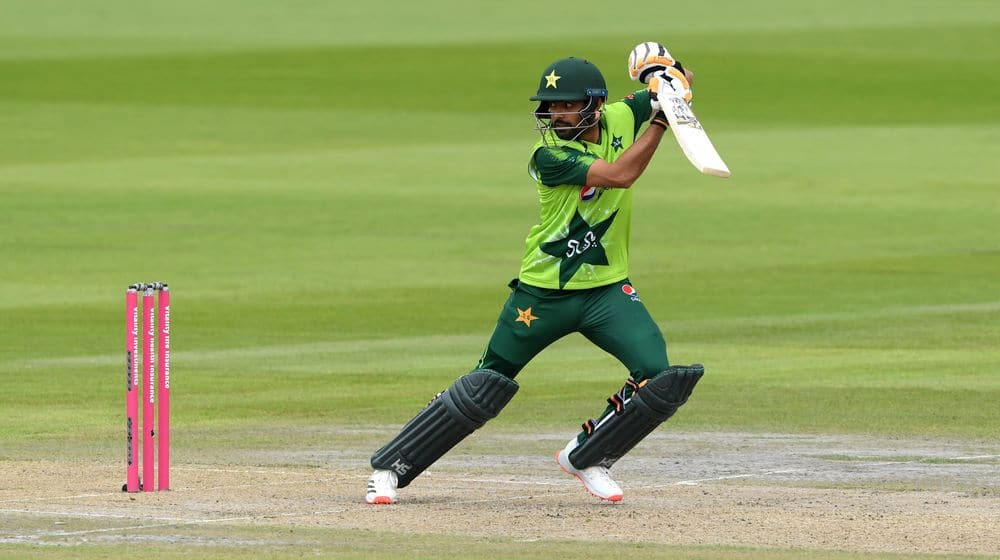 Star batsman, Babar Azam, registered another record to his name with a fascinating display of batting against England in the second T20I at Manchester. The Pakistan captain scored 56 runs from 44 balls and his innings included 7 boundaries.

With this, Babar also crossed the 1500 runs mark in international T20s, becoming the fastest ever to do so. The record is now shared by Virat Kohli, Babar Azam, and Aaron Finch who all achieved the feat in 39 innings.

With his 14th half-century, Babar overtook Kohli in terms of the highest average in the shortest format. The 25-year-old now averages 50.90 while Kohli is marginally behind with an average of 50.80.

The opening batsman’s effort did not bear fruit however as England cantered to victory in the final over while chasing a record-breaking 195. This was the highest successful run chase against Pakistan in the T20 format.

Babar is also the number one ranked in the shortest format and he has been occupying the top position for quite a long time now.