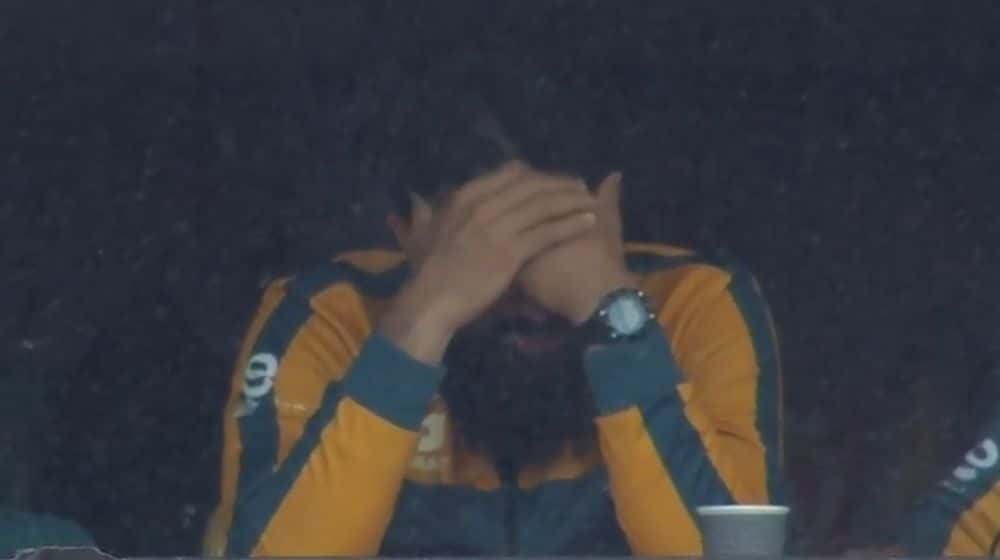 Pakistan head coach, Misbah-ul-Haq, was out of sorts in his team’s defeat against England on Sunday. The 46-year-old had his hands on his head for the majority of the second innings when England batsmen slammed Pakistani bowlers all around the park.

One of the commentators, Robert Key, even said that Misbah’s becoming like Mickey Arthur, the previous head coach who was known for his animated character when he was in the Pakistan dressing room.

“During the fifth over of England innings, the camera showed Misbah and he had his hands on his head, which suggested that something really bad had happened. You are giving a wrong message by doing these things. If you respond like this during the match, then this will have a bad effect on the team”, former Pakistan captain, Inzamam-ul-Haq said in a YouTube video.

Mickey Arthur used to respond in the same way. Whenever I used to talk to players, they used to complain that Arthur’s similar antics affected them negatively. No matter what happens during the match, only positive vibes should go from the dressing room.

The head in his hands wasn’t the best sign from the coach. Okay, the team and the bowlers are getting hammered but body language is so important for any coach. It doesn’t matter what the situation is, it’s his job to be positive. At least look positive.

England cantered to victory against Pakistan with 5 wickets in hand as they chased down a record-breaking 195 with ease.

What are your thoughts on Misbah’s reactions in the match? Let us know in the comments section.