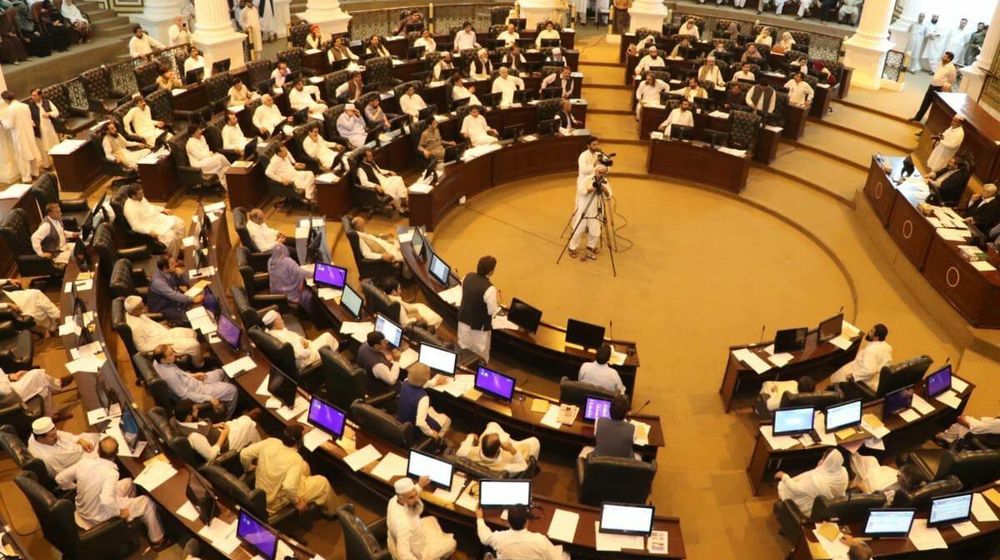 Speaker of the Khyber Pakhtunkhwa (KP) Assembly, Mushtaq Ghani, on Tuesday suspended Jamiat-e-Ulama-e-Islam-Fazal (JUI-F) member provincial assembly for threatening to blow up the assembly with bombs.

Maulana Aisamuddin was expelled from the House, and a resolution condemning his remarks was also passed, which was backed by the opposition parties, including ANP.

Why Give Tickets to Such People?

On Tuesday, when the provincial assembly session resumed after a break of five days, Labor Minister Shaukat Yousafzai objected, saying that tribal member Aisamuddin had threatened to carry out a suicide attack on the assembly, but the Speaker did not take any action.

Great sacrifices have been made for democracy. This is not a common issue. Why are tickets given to such people? Why is his party silent?

Shaukat Yousafzai said that the security forces had made countless sacrifices to bring lasting peace in the region; it cannot be forsaken for people like Maulana Aisamuddin.

Ministry of Energy Reports Improvement in Recovery and Reduction in Losses

Meanwhile, JUI and MMA members rioted in the House and tried to block the resolution and the order to expel Maulana Aisamuddin. However, the Speaker adjourned the House for 30 minutes.

Later, the resolution was passed, even though JUI members boycotted the proceedings. JUI-F declared the action illegal while the government called it a legitimate move.