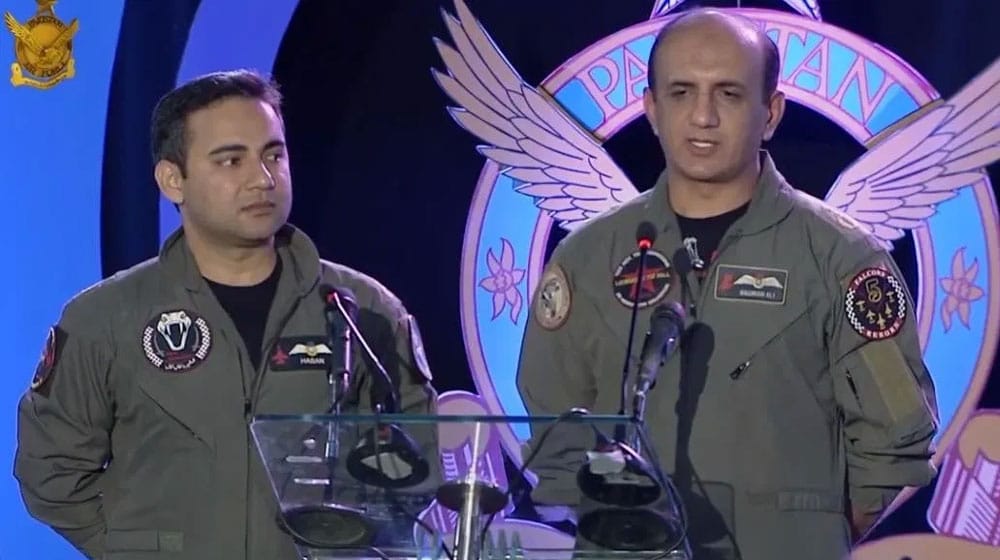 Wing Commanders Noman Ali Khan and Squadron Leader Hassan Mahmood Siddiqui of Pakistan Air Force (PAF), the two brave pilots who shot down Indian aircraft on February 27, 2019, during an airborne dogfight, have been conferred with Sitara-e-Jurat on the occasion of Defence Day.

The ceremony, held at the Presidency in Islamabad, was attended by federal ministers, senior military and civilian officials.

The pilots downed two Indian planes on February 27 last year, one of which – an Indian MiG 27 – crashed inside Pakistan territory. Its pilot, Wing Commander Abhinandan, was arrested by Pakistan Army.

The arrested pilot was later handed over to the Indian authorities through the Wagah border.

Last year, on Defence Day, Wing Commander Noman Ali was conferred Sitara-e-Jurat, and Sq Leader Hasan Siddiqui was awarded Tamgha-i-Jurat for a successful implementation of ‘Operation Swift Retort.’ The two are hailed as heroes in Pakistan.