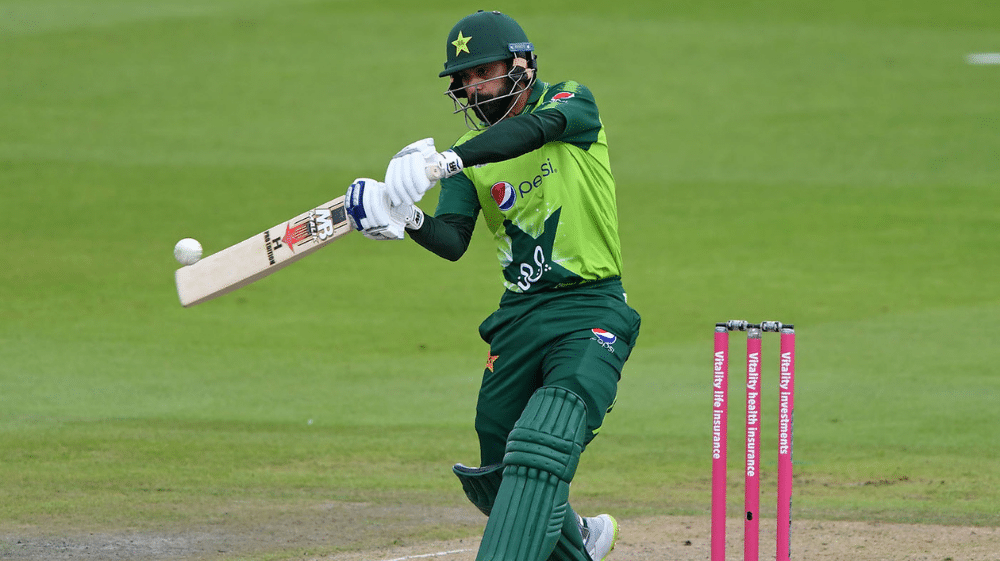 Ever since the retirement of Abdul Razzaq and Shahid Afridi, the Pakistan cricket team has been lacking a power-hitter in the middle and lower-order. Although Babar Azam has been performing really well for the past couple of years, he is not known for his six-hitting abilities.

The likes of Khushdil Shah and Asif Ali have been making a name for themselves in domestic competitions, but they haven’t been able to transfer that form into the international circuit. Shadab Khan also showcased his power-hitting prowess in the fifth edition of PSL and Haider Ali has been a breath of fresh air in the Pakistani batting unit in recent times.

This year, only 3 players have hit more than 20 sixes in T20 cricket in Pakistan. These are the Pakistani players with most sixes this year:

Most sixes by Pakistanis in T20s this year

In the recently concluded match between KPK and Sindh in the national T20 Cup, Mohammad Hafeez and Sharjeel Khan have upped their tally of sixes. Mohammad Hafeez hit 4 sixes in yet another match-winning knock, taking his total tally to 32 sixes this year. While Sharjeel scored a blistering 90 runs in a losing clause, with 6 maximums, taking his tally to 24 sixes this year.

Mohammad Hafeez, Shadab Khan, and Haider Ali top the charts for most sixes this year so far. Sharjeel Khan, who made his comeback in this year’s PSL after serving a ban for match-fixing, and Multan middle-order stalwart, Khushdil Shah, are ar number 4 and 5 respectively.

The ability to hit sixes is a rare trait in Pakistan cricket, but it’s exciting to see young players like Shadab, Haider and Khushdil in the top 5 six-hitters in the country.