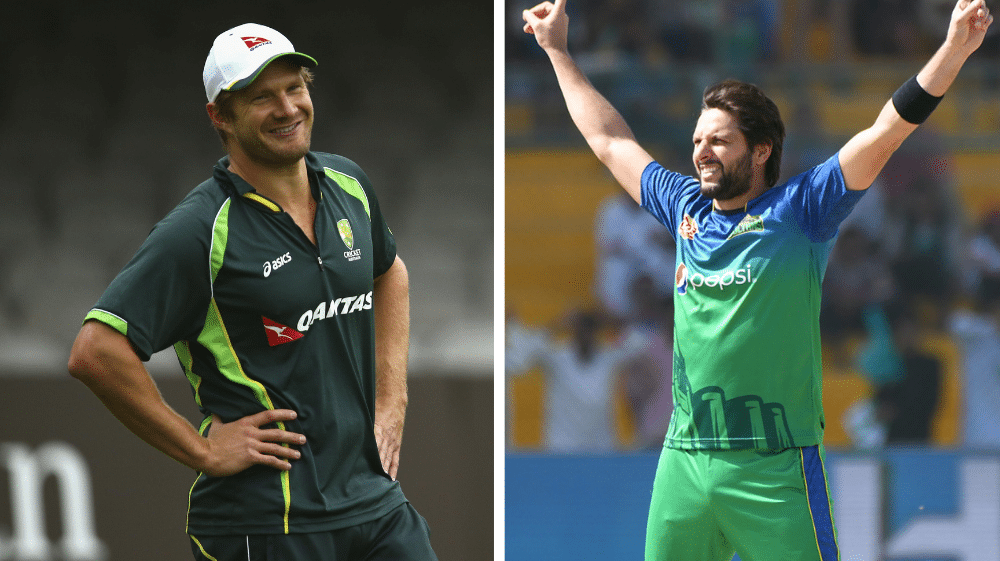 Former Australian all-rounder, Shane Watson, has included Shahid Afridi in the top five T20 bowlers of all time. Watson said that Afridi’s wicket-taking ability at a low economy rate made him one of the most dangerous bowlers in the world.

Former Pakistan captain, Afridi, has taken 98 wickets in T20 internationals at an average of 24.4 and a miserly economy rate of 6.63. In domestic T20 competitions, Afridi has taken 339 wickets and is one of three Pakistanis to take over 300 wickets in the shortest format.

He is a wicket-taker but also he doesn’t go for many runs and that is a bowler you want in your team.

Watson added that he was only talking about Afridi as a bowler only, but the believes that Afridi is a perfect T20 player because of his dynamic batting and his match-winning ability. He said that Afridi is a ‘dream’ bowler in T20 cricket as shown by his longevity in the format.

Watson further said that Afridi used to pick up crucial wickets in the middle-overs, halting the momentum of the opposition and turning the tide into his team’s favor.

“He takes crucial wickets because he is an attacking bowler but also because he is so skillful. He doesn’t go for many runs,” he added.

Watson said that facing Afridi was always a difficult task because of the array of variations at his disposal and he would never give a free ball to hit.

“So Boom Boom Afridi, how can he not be one of your favorite players? He has taken so many wickets at a great economy rate through such a long career so I love him and he is the man,” he concluded.