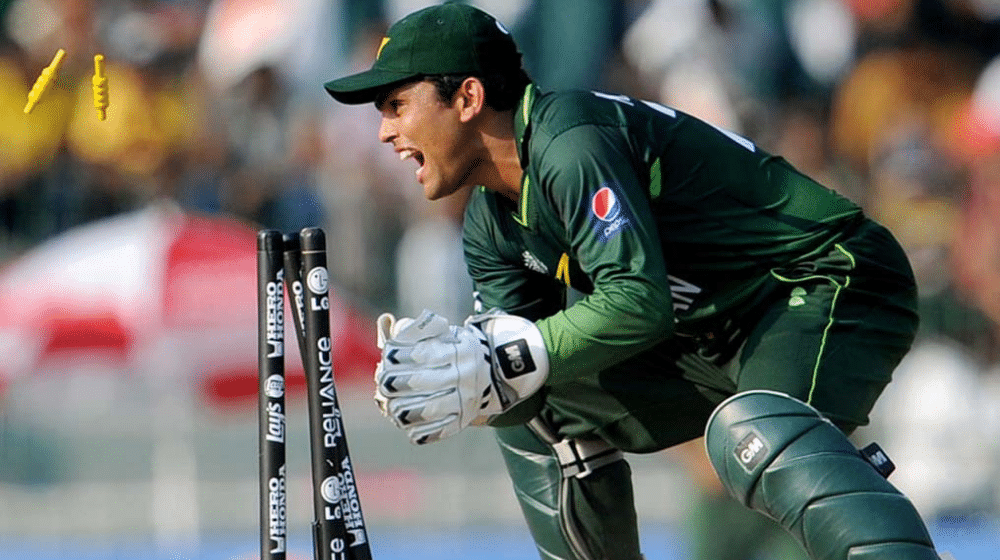 Kamran Akmal has become the first wicket-keeper in the world to have 100 stumpings in T20 cricket. Kamran achieved the feat while playing for Central Punjab against Southern Punjab in the ongoing National T20 Cup.

Kamran is followed by India’s MS Dhoni in 2nd place with 86 stumpings.

Here are the top 5 wicket-keepers in terms of stumpings:

Kamran Akmal today became first wicketkeeper in the world to have 100 stumpings in T20 cricket. #NationalT20Cup

Kamran has been a part of Pakistan’s World T20 winning campaign in 2009 and has also won the second edition of PSL with Peshawar Zalmi. He is also one of the few Pakistanis to lift the Indian Premier League (IPL) title, having won it with Rajasthan Royals in the first-ever season of competition.

Kamran has been one of the most successful batsmen in T20 cricket as well, having scored over 6,000 runs in his T20 career, including 5 centuries at a strike rate of 134.56.