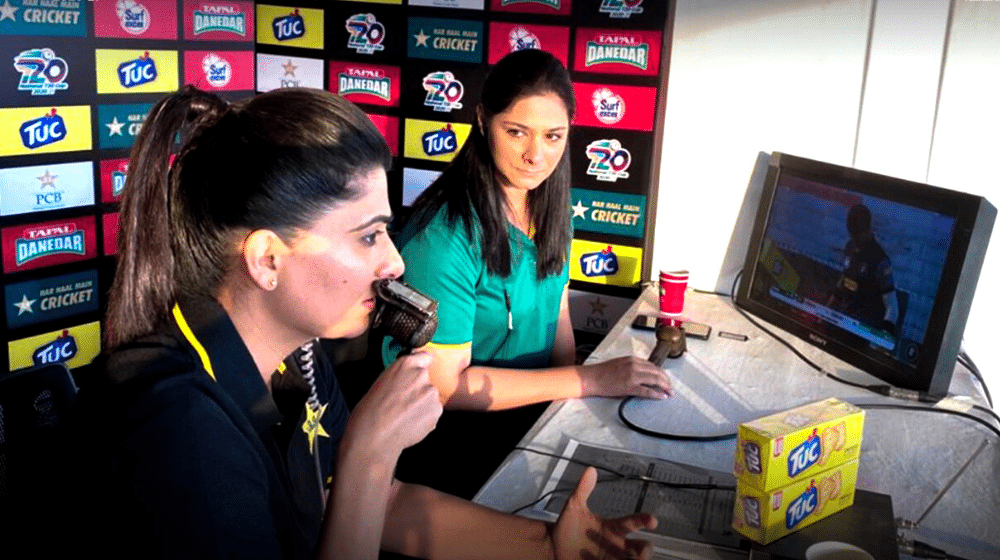 Pakistan Cricket Board (PCB) has been making valiant efforts to include women in the country’s cricket-related activities. Former international women cricketers, Sana Mir and Marina Iqbal, along with female journalists, Zainab Abbas and Sawera Pasha, have been commentating in the ongoing National T20 Cup, impressing the fans with their cricket knowledge and on-point analysis.

But with every change, there comes a bit of controversy. Sana Mir and Marina Iqbal have been using the term ‘batter’ instead of ‘batsman’ to refer to the players batting, and this has annoyed some cricket fans.

Some of you think the lady commentators in National T20 are coining a new term " batter" for batsman. We don't mind the credit 😊 but in reality it has more history to it than what we know. pic.twitter.com/G7jfGWZ5cq

As shown in the tweet, the correct term to refer to the ‘batsmen’ is ‘batter’. It certainly makes sense, since we refer to other roles as gender-neutral. Women all over the world have been striving for gender neutrality and this is a prime example of that.

The knowledge exuded by the women cricketers during commentary has also impressed some fans, but it’s something not to be surprised about. Sana Mir and Marina Iqbal have played cricket at the highest level, and the likes of Zainab Abbas and Sawera Pasha have been pursuing their passion for the game.

The development of women’s cricket in Pakistan has been on the rise as well, with PCB currently conducting a high-performance training camp in Karachi after a 7-month hiatus due to the Covid-19 pandemic.