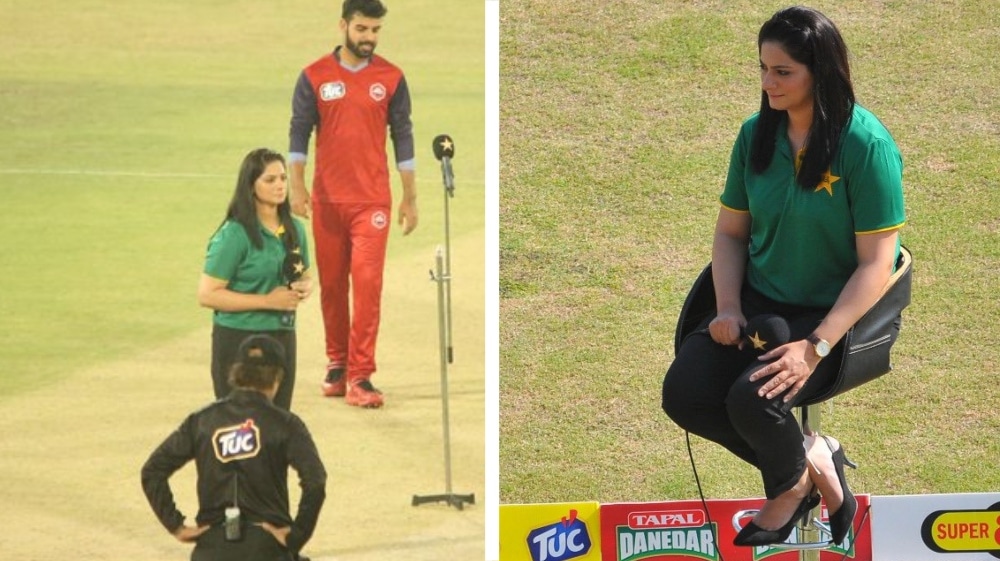 He asked, “Is it legal to wear heels on a cricket pitch?”, while tagging other sports journalists and PCB’s Twitter account

Marina Iqbal, who is Pakistan’s first female commentator, responded by showing her picture from a different angle which clearly shows that she was not wearing heels while on the pitch. She added that she has been a former international cricketer and she is aware of the rules and regulations.

She also said that the reporter should research properly and not assume things based on ‘half-knowledge’.

Half knowledge can be dangerous Qadir. It's flats on pitch and heels in pre match. I am a former Pakistan player, I know the protocols. pic.twitter.com/8DcrG8UWgT

Pakistan’s first female sports journalist, Aalia Rasheed, also presented her views on the debate. She said it is better to increase the knowledge of the game rather than resorting to personal attacks for fame.

Shaheen Afridi Inches Closer to Lasith Malinga With Yet Another Record

Marina Iqbal made her debut for Pakistan in 2009 and played international cricket for six years. She played 36 ODIs and 42 T20Is, scoring 436 and 340 runs respectively.