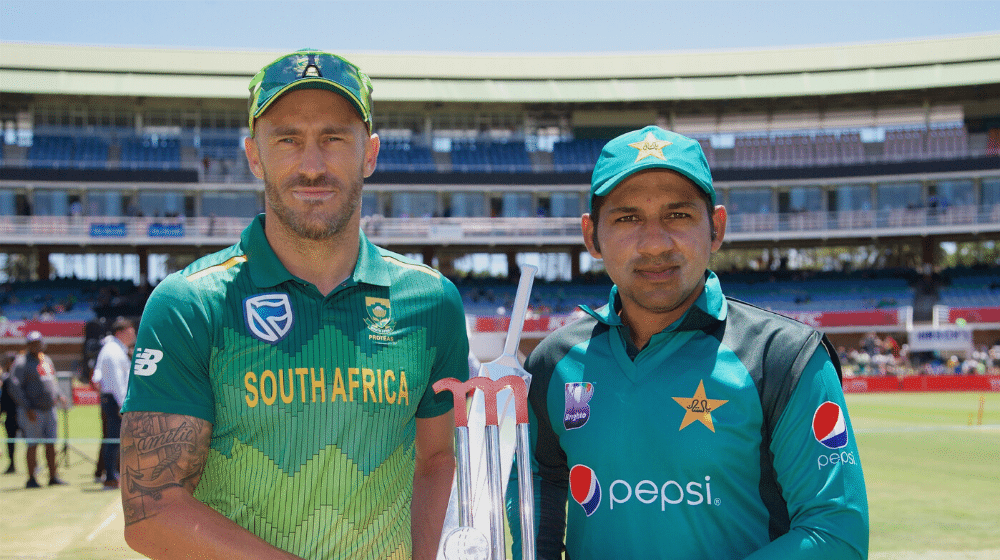 Pakistan is set to host South Africa for two Tests and three T20Is in January 2021.

The Men in Green will return from their tour of New Zealand on January 12 and are set to host South Africa in the last week of January.

It is reported that the 1st Test will start from 26th January and will be played in National Stadium, Karachi. The 2nd Test will be held in Gaddafi Stadium, Lahore. The three T20Is are scheduled to be played in Rawalpindi Cricket Stadium, reports are saying.

South African team will travel to Pakistan in mid-January and are likely to stay in the country for four weeks.

A delegation from South Africa will review the bio-secure bubble facilities set in place during Zimbabwe’s tour of Pakistan at the end of the month and the remaining PSL matches in mid-November.

The South African team will arrive in Pakistan on 20 January for a 4 week tour. They are scheduled to play two Tests and three T20Is with the venues likely to be Karachi, Lahore and Rawalpindi #Cricket

According to ICC’s Future Tour Programme, South Africa was set to host Pakistan for three ODIs and three T20Is in October, but the tour was postponed due to the ongoing Covid-19 pandemic.

Pakistan is likely to tour South Africa after the conclusion of the sixth edition of PSL in March.

Reports have also emerged that the ECB will send its team for three T20Is at the start of next year.