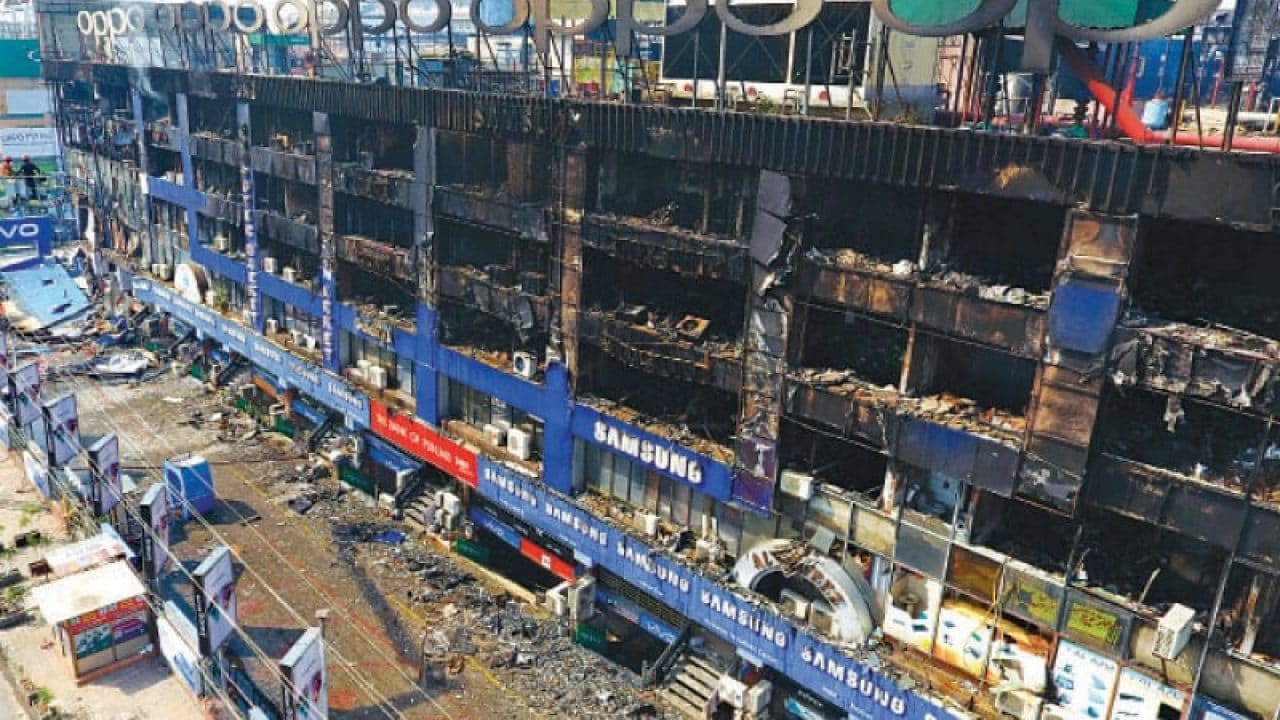 “Hafeez Center has suffered damages worth Rs. 1.5 billion due to the fire,” said Syed Roohan Sajjad, a computer retailer operating out of Hafeez Center, while talking to ProPakistani on Tuesday.

He said that the Hafeez center traders’ union has thus far only asked the shop owners to submit forms with details about the incurred damages so that the union can discuss the matter with the government.

Sajjad owns shop no. 12, a computer retailer shop on the second floor of the plaza. His shop was right opposite to the computer repairing shop no. 67 and 68 where the fire reportedly started. While the cause of the fire is yet to be ascertained, Sajjad thinks that the cause may be faulty wiring.

He said that in 2017, the plaza was made centrally air-conditioned after which there were lots of exposed wires all over the building. “About two months after Covid-19 lockdown, when the plaza reopened, the electricity disconnected frequently. When the air conditioners were turned on in the summer, the breakers couldn’t take the load and the power of the entire plaza would go out,” he said.

Talking about the day of the fire and the inability of the rescue staff to act promptly, Sajjad said,

The fire started around 5 am Sunday morning. I reached by 6 am. Until then only three shops had caught fire, and the rescue team was already on site. However, they did not have the required gear to enter into the fire and put it out. It was not until approximately noon that the fire brigade, with all the necessary equipment, got to the scene. Even after that, the water availability and pressure were not enough. Their stock of water finished by the time one shop’s fire was out. It took several hours until water flow and pressure were fixed.

Adding to the woes of the traders from Hafeez Center – and this one is probably their own responsibility – most of the retailers, importers, and distributors operating in the shopping mall did not have insurance. Sajjad informed that the traders union will not be assisting with recovering the losses.

That said, ProPakistani has also received requests from several people who work at Hafeez Center that the government should be asked to re-open the plaza for business even if the losses are not recovered. Sajjad disagrees.

“Hafeez Center was constructed 30 years ago. It is a matter of safety and security that it is demolished and re-constructed now.” However, he also informed that the Lahore Development Authority (LDA) has given the building a green signal in its preliminary inspection. A second inspection is still due and it is likely the plaza will be shut down for business for approximately another fortnight.

In the meantime, the traders who owned shops in Hafeez Center are looking to other adjacent buildings to move their shops.

Sajjad told ProPakistani that three buildings around Hafeez Center – IT Tower, Jeff Heights, Al-Hafeez Shopping Mall – are being sought out by those who had shops in the burned building. “I along with other computer retailers have already given the token money to Al-Hafeez shopping mall to temporarily shift our business there. However, these plazas are also now using the fire incident to their advantage and have increased rents by multiple-folds.”

The fire broke out in the commercial hub on Sunday morning and severely damaged at least 500 shops as well as warehouses of Mobile phones, laptops, and accessories worth millions. Lahore Police Commissioner Zulfiqar Ahmed Ghuman has constituted a 14-member inquiry committee to look into the incident and directed it to submit a preliminary report within 24 hours.

The committee, comprising of officials from the Metropolitan Corporation of Lahore (MCL) and Rescue 1122, will ascertain the “underlying causes of the fire incident”, determine loss of property, examine infrastructural stability as well as assess the efficacy of emergency response by the concerned department.