Pakistani rupee continued its appreciation against the US Dollar in the interbank market as it regained Rs. 1.12 against the greenback during the current week on the back of positive economic indicators.

Yaqoob Abubakar from Tresmark, an application that tracks financial markets, said that the rupee closed at Rs. 161.37 against the dollar compared with Thursday’s closing of 161.82. It gained 45 paisas during the session. He further stated that this fall will reduce Pakistan’s debt pressure by Rs. 760 billion. 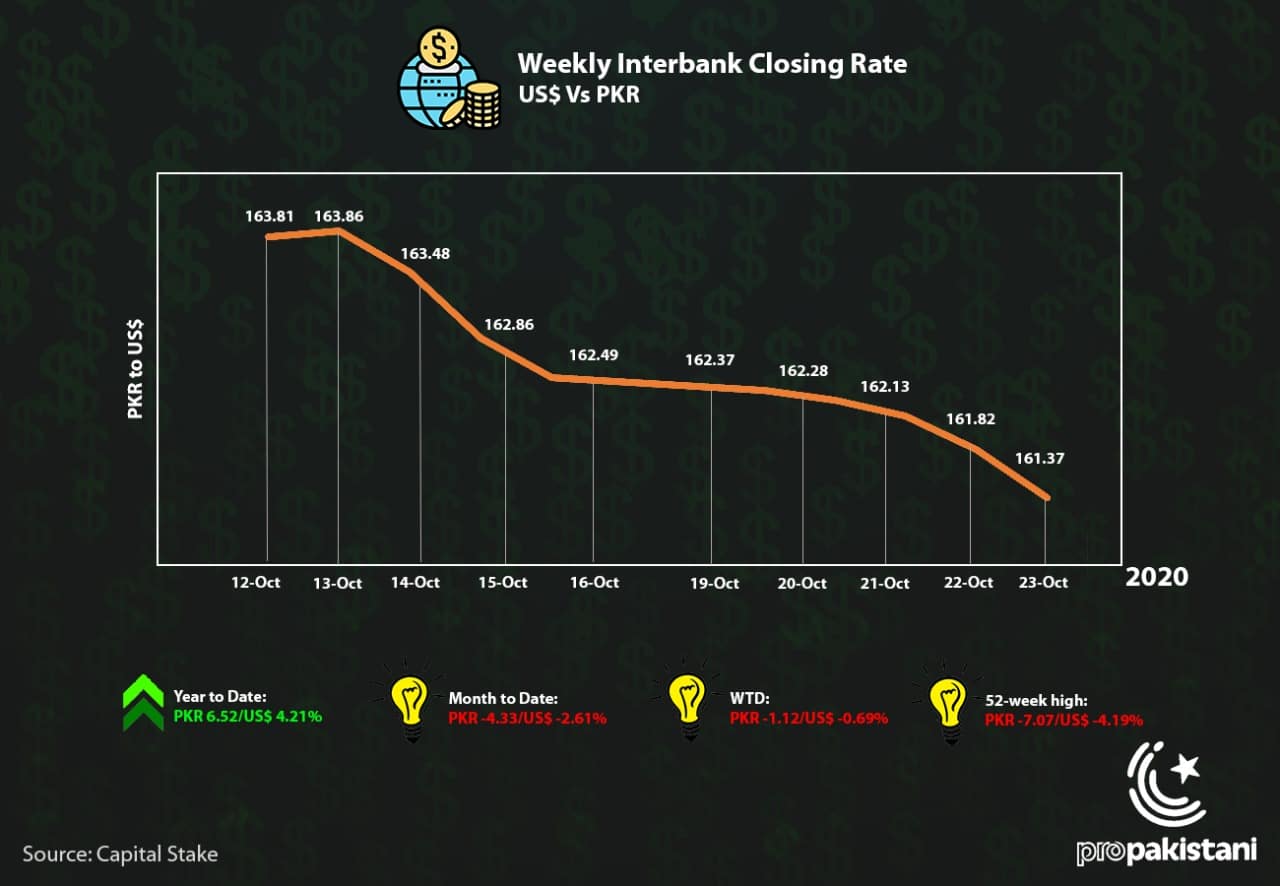 Expectations of an increase in exports along with strong dollar inflows contributed to the rise in the rupee’s value during the week. The continuous weakening of US Dollar in international markets is also pulling the Rupee back to fair values.

The consistent inflows of foreign exchange in the country due to overseas’ remittances, investments through Roshan digital accounts, and export receipt maintained a favorable balance of supply and demand of the greenback in the local market are causing Rupee-USD parity to gain stability gradually. Pakistan has received significant inflows in the form of remittances in the last couple of months.

One of the main boosts behind the recovery of the rupee is that Pakistan booked a major current account surplus of $792 million in the first quarter of the current fiscal year (July-Sep FY21).

The foreign exchange reserves of the country surged by $268 million till the week ending on October 16.