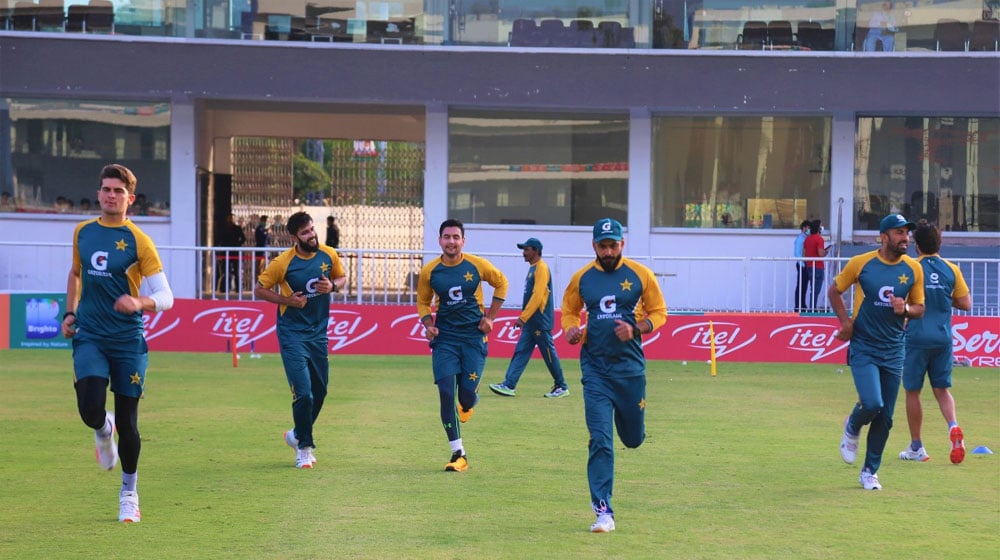 Pakistan Cricket Board (PCB) has announced a 15-member squad for the first One-Day International (ODI) against Zimbabwe, scheduled for October 30 in Rawalpindi.

PCB made the announcement on its official Twitter handle earlier today.

The list does not include vice-captain Shadab Khan’s name, confirming the reports that he is yet to recover from a leg injury.

The young leg-spinner felt stiffness in his left upper-leg during an intra-squad warm-up match last week in Lahore. He will undergo treatment and rehabilitation process. His availability for the remaining ODIs will be confirmed before the second game.

Pakistan’s T20I captain, Babar Azam, will lead the Men in Green in the 50-over format for the first time. Wicketkeeper-batsman, Mohammad Rizwan, will assist him as vice-captain in the game.

Nasir Jamshed Gets Bail From UK Prison But Faces Deportation

Many new names, including Musa Khan, Khushdil Shah, and Usman Qadir, have been added to the 15-man squad. It would be interesting to see how many players debut in Friday’s game.