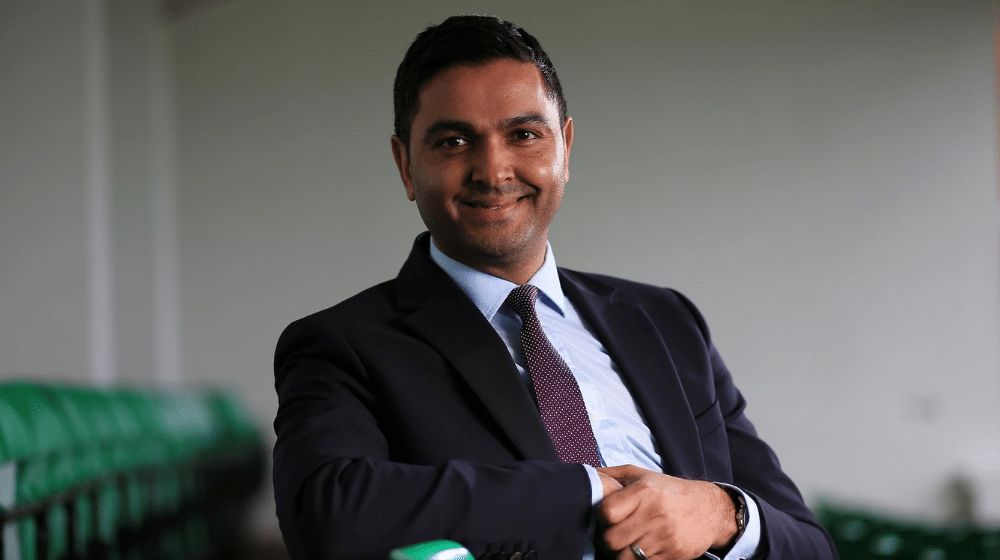 CEO PCB, Wasim Khan, has been offered a three-year contract extension by PCB Chairman, Ehsan Mani. Khan was appointed as the CEO of PCB in December 2018 and his current contract is set to expire in February 2022.

Khan is reported to be contemplating his future and will provide a definitive answer to PCB regarding his contract extension by February 2021.

With a year remaining on my contract, the chairman has spoken with me and begun a discussion offering me an extension up to three years. I haven’t decided yet about anything. This is a big decision, I don’t have a straight answer to this. I have to think through and have to speak to my family about it.

Khan accepted the role of CEO PCB in turbulent times for Pakistan cricket, but he has been able to turn things around big time. Pakistan has hosted Sri Lanka, Bangladesh, Zimbabwe, and MCC during his reign, while for the first time ever Pakistan Super League was held in Pakistan in entirety.

England and South Africa are also set to tour Pakistan next year and other top Test-playing nations including Australia and New Zealand will also tour the country within the next two years.

Khan has also been successful in improving the perception of domestic cricket in Pakistan. National T20 Cup and the ongoing Quaid-e-Azam Trophy are being telecasted live in HD on TV, getting the interest of fans from all over the world.

With all the good things in place, there have been some controversies as well such as the PCB’s decision to revamp the domestic structure. PCB was adamant to replace departmental cricket with region-based cricket and they have faced criticism over this.

According to Prime Minister Imran Khan’s vision, departmental cricket had no place in the country and in order to increase the standards and competition in domestic cricket, regional cricket had to be brought into the fold.

Senior players such as Mohammad Hafeez, Azhar Ali and coach, Misbah-ul-Haq, met with Imran Khan and requested him to change his stance on the domestic restructuring. They pleaded that many players have been left unemployed because of the changes, but Imran dismissed their request and stayed put on his vision.

Wasim Khan has been the main focus of criticism by cricket journalists in the country, believing that he has no knowledge of cricket in Pakistan, labeling him as an ‘outsider’. He has also been criticized for his salary.

Wasim has ignored much of the criticism but he is aware of the impact it has had on his family. He feels that although there have been many critics, the majority of the people have supported him and have understood the vision of PCB in the near future. He has, however, sent his family back to England due to the growing impact of criticism on his family.

Wasim believes that Pakistan cricket is on the right track, but there is still a lot of work to be done.

“We are about to start working on our 2023 FTP cycle and that will be a major task going forward. We are also going to bid for ICC events so there is an exciting time ahead and I want to consider an extension, but I am not sure about how many years,” he concluded.