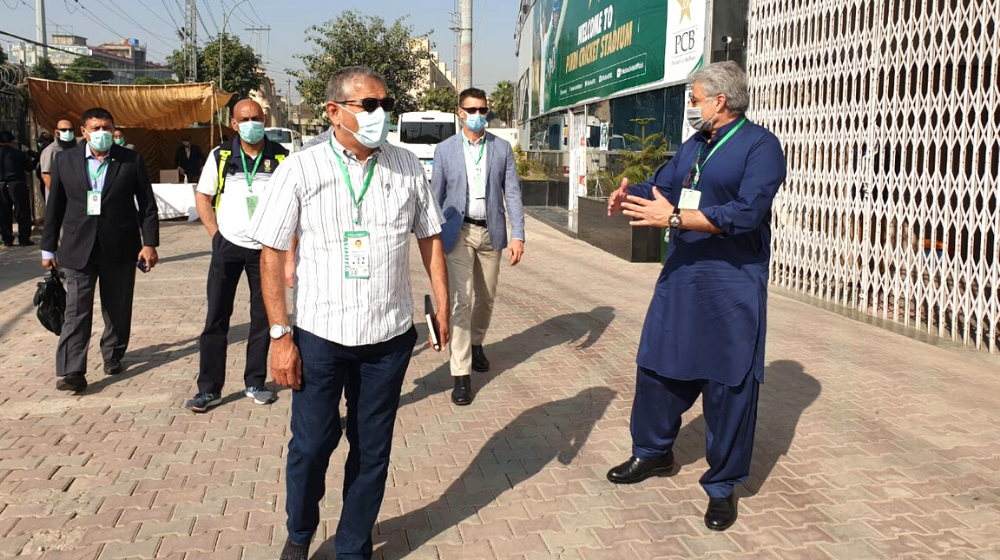 A four-member delegation from South Africa arrived yesterday to assess the security situation in Pakistan ahead of their scheduled tour to the country. The delegation is currently in Rawalpindi Cricket Stadium attending the third ODI between Pakistan and Zimbabwe.

According to sources, the team is said to be satisfied with the security arrangements that have been provided by the PCB.

Upon their arrival, the delegation team underwent Covid-19 tests. The delegation will also review the security arrangements on their visit to Lahore and Karachi.

The delegation is being led by Operations Manager of Cricket South Africa (CSA) Mookesh Gujjar, while the other three members are Stephen Craig Cook, Rory Steyn and Mohamed Zunaid Wadee.

Pakistan are looking to host South Africa for two Tests and three T20Is in early 2021, however, the dates are yet to be finalized. If the South African delegation is satisfied with the situation in the country, the official dates will be announced soon after.

Pakistan is also scheduled to tour South Africa in April 2021.

Pakistan Cricket Board earlier announced their intentions of hosting top Test-playing nations including England, Australia and New Zealand in the next couple of years. It is also reported that a second-string England will tour Pakistan for a short series early next year.

Chairman PCB, Ehsan Mani, stressed on the importance of short tours and said that such tours would send a very powerful and positive message to the rest of the world.