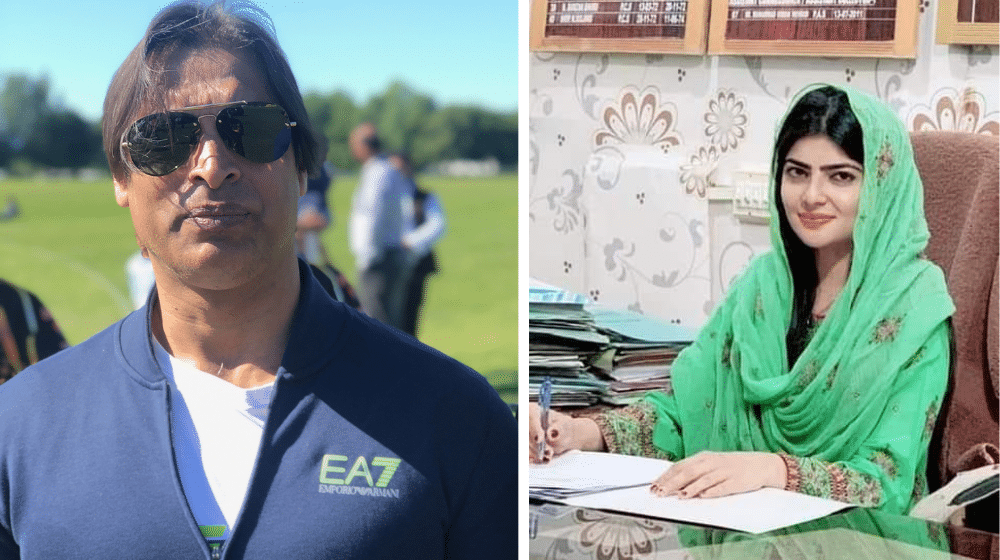 Former fast bowler heaped praise on a woman commissioner heading a meeting with a room full of men. Shoaib Akhtar tweeted the image with the caption “A room full of males, religious clerics, police officers and administrative staff governed by a young girl.”

Brilliance of an empowered woman

The image of Shahida Parveen Jamro, who was recently appointed as assistant commissioner in Mirpurkhas, chairing a meeting in front of men went viral on social media recently. The image has gained a positive response from all over the country.

Shoaib Akhtar, who is known to speak his mind took to social media to appreciate the work of Shahida Parveen Jamro and labeled it as ‘Brilliance of an empowered woman’.

Shahida replied to Shoaib’s tweet and said that she will try to serve the country to the best of her abilities.

InshaAllah, will serve my country 🇵🇰 to the best of my abilities https://t.co/Cj2NYGBEFM