Pakistan’s liquid foreign reserves, which continued to build up in the past couple of weeks with the consistent inflows of foreign exchange through loans or other receipts, now stand at over $20 billion.

The reserves maintained by commercial banks stood at $7.15 billion. The total liquid foreign reserves held by the country rose to $20.08 billion, according to the State Bank of Pakistan (SBP). 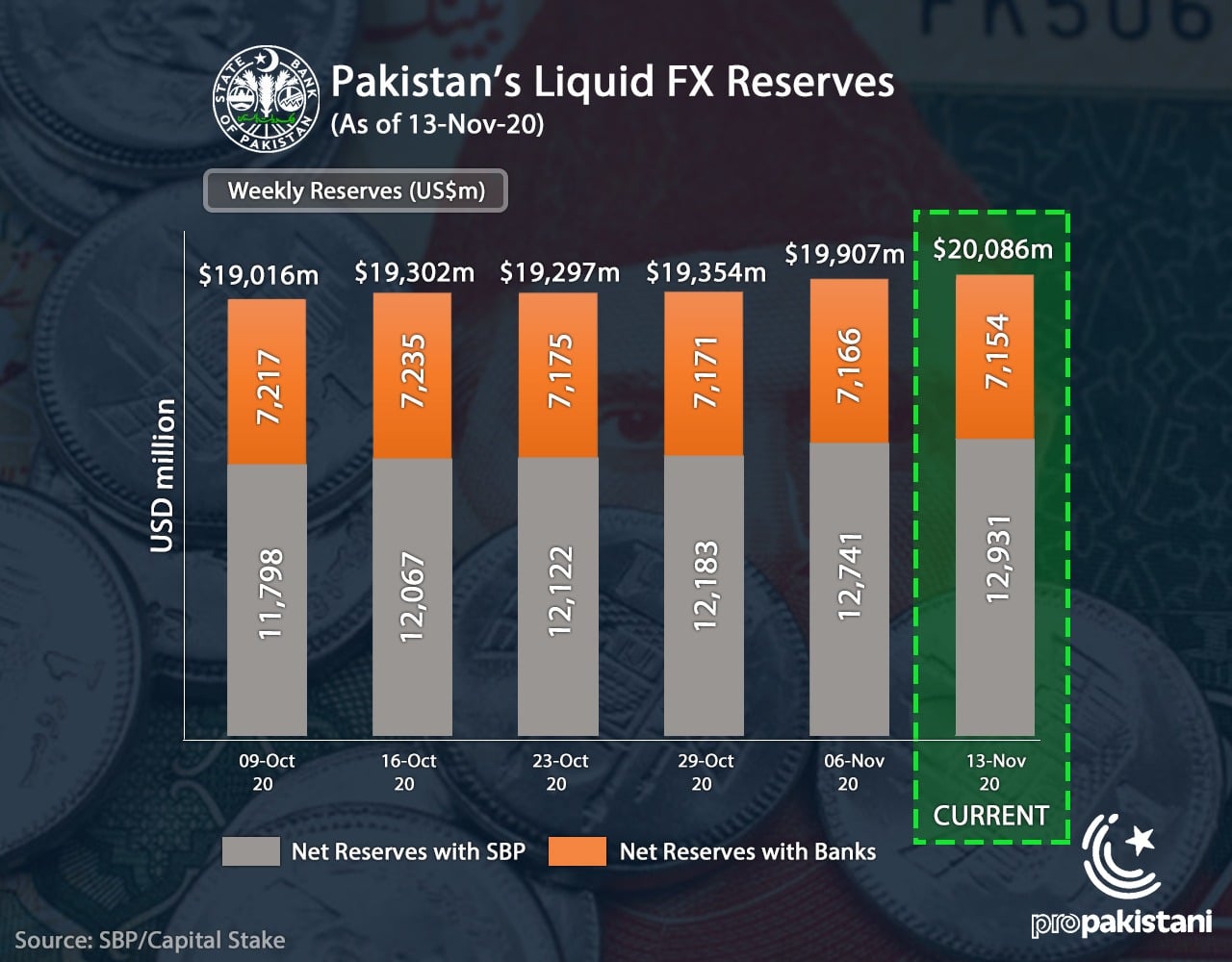