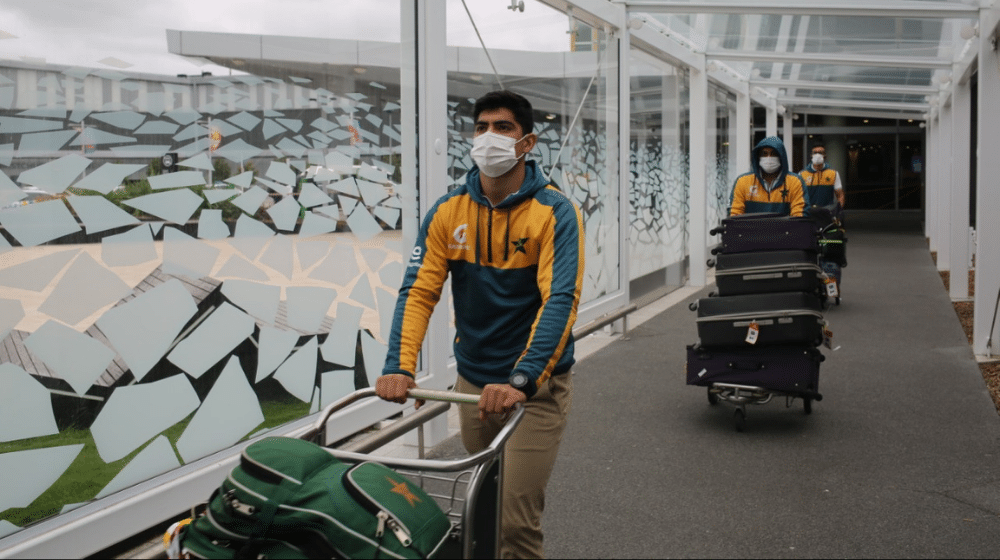 Six members of the Pakistan touring squad have been tested positive for COVID-19. The tests were conducted on the day of their arrival in the isolation facility in Christchurch, New Zealand. Reports are circulating that Babar Azam is also among the six players who have tested positive.

They tested negative in our tests and just after 18 hours of flight to New Zealand they tested positive. pic.twitter.com/oGrrbxguUJ

All the members of the touring party had returned a negative COVID-19 test and passed a symptom check before their departure from Lahore.

“Two of these six results have been deemed ‘historical’. Four have been confirmed as new,” NZC said in a statement.

The rest of the squad won’t be allowed to train or leave the facility for any matter. All the members have been requested to stay within their assigned rooms until advised otherwise.

The team members have also been given a ‘final warning’ by the New Zealand authorities after several members were seen breaching COVID-19 protocols.

Air Commodore Darryn Webb, head of Managed Isolation and Quarantine, said “Our focus is on keeping the rest of the squad and our staff safe. For that reason, all other team members must remain in their rooms while investigations continue. This is in line with standard operating procedures at managed isolation facilities.”

Pakistan is scheduled to take on New Zealand in three T20Is and 2 Tests, starting from December 18, however, the latest incident might have put the whole tour in jeopardy.