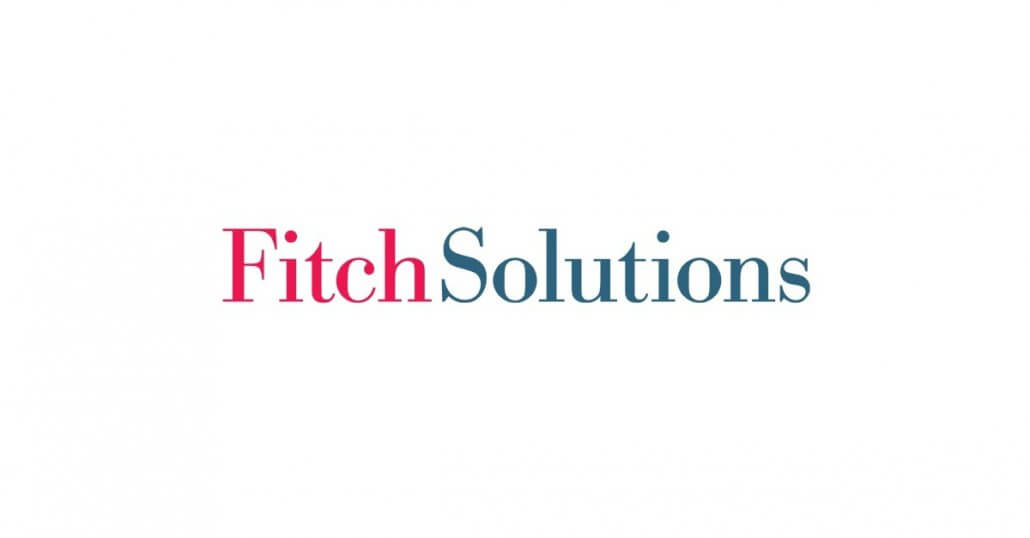 Fitch Solutions has revised down Pakistan’s refining output to a larger contraction of -25% in 2020, down from the -16% forecast prior, as current trends of refinery shutdowns and below-optimal run rates look set to be extended as a sharp resurgence in new daily Covid-19 infections in Pakistan has put the brakes on the government’s economic reopening plans after earlier lockdowns.

Following a slight moderation in infection rates in Q3, daily new cases are climbing once again, averaging 1,953 cases in the month of November, the highest since the peak of the outbreaks in June-July.

The economic fallout for Pakistan could prove to be severe and much greater than anticipated, as pressure on the domestic healthcare system mounts. In particular, the lack of Covid-19 testing kits and hospital beds could turn out to be critical, resulting in a more severe build-up in cases, said the report.

The nascent rebound in fuel demand also looks set to hit a roadblock, and remain depressed for longer, as curbs on movement and business operations – which had devolved to ‘micro-clusters’ lockdowns in small localities, risk being re-introduced and expanded.

A -20% decline for the full year is now forecast, down from the previous forecast of -13%. This adds to a growing list of woes for Pakistan’s refiners, many of whom are already struggling to keep afloat due to chronic inefficiencies, inability to match tightening domestic fuel regulations and rising competition from higher quality, competitively-priced import

A meaningful rebound in domestic fuel demand thus may not manifest before 2022, by which Fitch Solutions anticipate infections to slow and working Covid-19 vaccines to be made available. 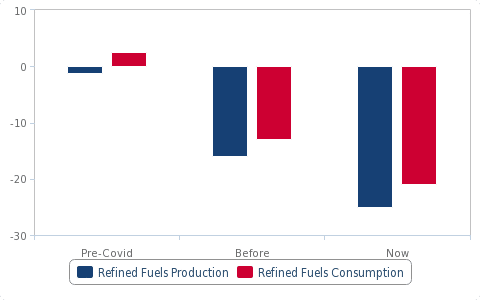 The economic growth outlook for Pakistan

A subdued economic growth outlook for Pakistan for the next few years offers little in the way of respite. The Fitch Solutions Country Risk team’s real GDP growth forecast for FY2020/2021, even after factoring in base effects, stands at a meagre 0.8%, and could see further downsides, as the recent second wave derail hoped for recoveries in private consumption and investment inflows.

The Pakistan government’s ability to induce stronger recovery through stimulus measures is limited, due to poor financial health and high debt, added the report.

Looking beyond the current pandemic headwinds, long-term underlying fundamentals in Pakistan’s fuel market are turning more bearish. From a growth potential standpoint, Pakistan remains an excellent prospect, due to a large population and an under-supplied consumer base, said Fitch.

However, barring the one-off surge forecast in 2022 to account for the rebound from Covid-19, annual expansions in fuel demand over the next five years will be relatively measured, underperforming less populous regional markets such as Malaysia, Myanmar, the Philippines and Vietnam, as demand growth encounters a few variables.

Pakistan Yet To Realize Full Potential 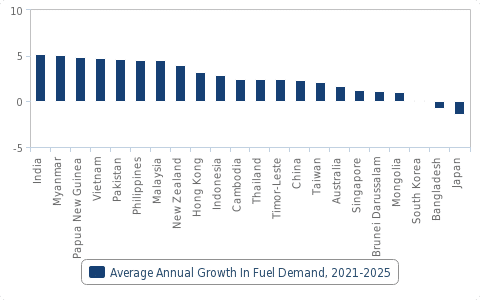 First is the discrepancy between the government’s efforts to tighten domestic fuel regulations, and the inabilities of domestic refiners’ inabilities to meet them. The government has introduced measures to ban imports of below-Euro 5 gasoline and diesel from January 2021, before making the full transition to Euro 5 fuels by 2025.

Existing refineries are not able to meet this standard, let alone consistently producing fuels capable of meeting Euro 2 standards. This would force fuel distributors and consumers to become more heavily tied to imported fuels, which are of higher quality but more exposed to international price swings, said Fitch

Second is the growing risks in construction. The slowdown in Chinese investments during the pandemic has slowed activities within the sector to a crawl. And while wearing off of pandemic effects would see halted activities resumed, the medium-term outlook for infrastructure-related investments, particularly those associated with the China-Pakistan Economic Corridor (CPEC), has also become more uncertain, as stiffer market conditions force Chinese companies to be warier of the high above ground risks prevalent in Pakistan before choosing to invest.

A continuous stream of capital inflows

Fitch Solutions in its report said that China continues to be keen on Pakistan as a key investment destination and this will ensure a continuous stream of capital inflows, particularly as it pushes forward its Belt and Road (BRI) initiative throughout the region. However, long-term ability to fund projects could come under pressure over time, as economic headwinds accrue in China, it warned.

The consumption of high sulphur fuel oil (HSFO), roughly about 25% of the fuel mix, risks being rendered obsolete as the fuel loses its place in power generation, so as to accommodate LNG, and also in shipping due to stricter international emissions rules such as IMO 2020.

A bright spot in the fuel market has been LPG due to its growing role as a heating and cooking fuel for the rural base, although moving forward, a growing percentage of it will need to be sourced from imports, as domestic gas production declines and existing refineries struggle to iron out mounting financial, operational constraints, added the report.