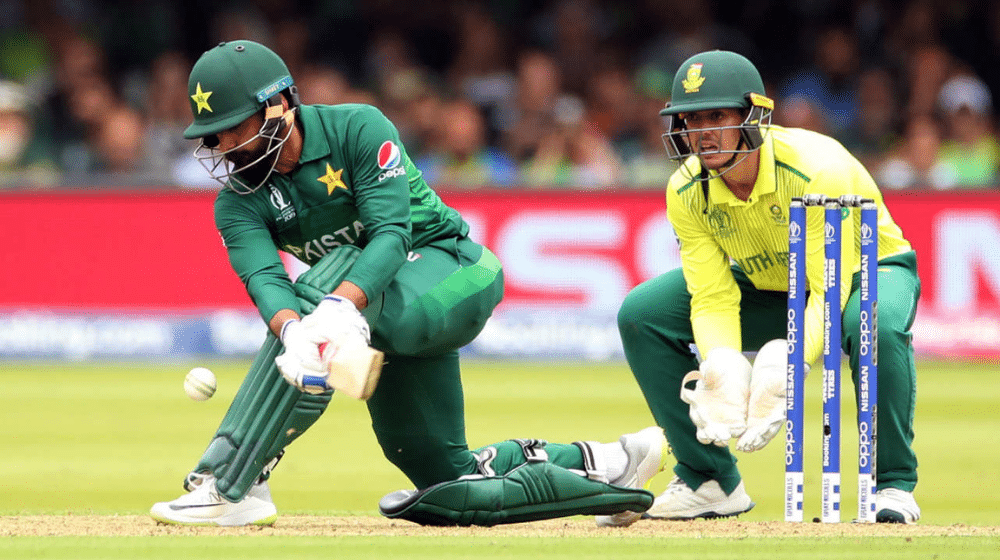 South Africa will arrive in Karachi on 16 January and will play the first Test at the National Stadium in Karachi from 26-30 January. They will then travel to Rawalpindi where the second Test will be held from 4-8 February. The iconic Gaddafi Stadium, headquarters of Pakistan cricket, will be the venue of the three T20Is, which are scheduled for 11, 13 and 14 February.

Upon arrival in Karachi and in the lead up to the first Test, South Africa will observe an isolation period following which they will hold training sessions and play intra-squad practice matches.

This will be South Africa’s first visit to Pakistan since the 2007 tour when they won the Karachi Test by 160 runs to clinch the series 1-0. The subsequent series in 2010 and 2013 were played in the United Arab Emirates.

Since 1995, the two sides have played 11 Test series with South Africa winning seven and Pakistan one in 2003. In this background, Babar Azam’s side will be determined to end the 18-year series win drought and move up in the ICC World Test Championship ladder.

South Africa is ranked sixth in the ICC Test team rankings, while Pakistan is seventh.

As for the T20Is, this will be the first time the two sides will go head-to-head in Pakistan, having previously played the two series in the United Arab Emirates. South Africa won both the series.

PCB Director – International, Zakir Khan: “South Africa confirming a tour to Pakistan and playing matches at the three major centres is a fabulous news for Pakistan cricket and its fans. South Africa is one of the most popular sides in Pakistan even though they last played here in 2007, but the fans have been following their performances closely and now look forward to welcoming them.

“Cricket South Africa and its players have a special bonding with Pakistan as a number of their star players visited Lahore with the ICC World XI in 2017 and have appeared in the HBL Pakistan Super League with Faf du Plessis being the latest addition after featuring in the playoffs in Karachi.

“If these high-profile and exciting series are topped up with the Asia Cup 2021 and the ICC Men’s T20 World Cup 2021, Pakistan cricket fans can brace themselves for an exciting and action-packed year.

“The home series against South Africa will complete the process for full resumption and restoration of international cricket in Pakistan, which started in 2015. However, the process got the real shot in the arm in the 2019-20 season when Pakistan hosted Sri Lanka, Bangladesh, Marylebone Cricket Club as well as the Pakistan Super League 2020.

“2020 has been a challenging year for the world sport, but the PCB has approached the season proactively and strategically while looking at the future. Consequently, we have been able to successfully deliver nearly 60 per cent of matches in the 2020-21 season, including an international series against Zimbabwe, who returned home extremely happy and satisfied with the operational and logistical arrangements we had put in place.

“As has been the case in the ongoing season, we will leave no stone unturned in the health and safety of South Africa and Pakistan sides so that players from both sides can play their best cricket in the Test and T20I series, and entertain the fans across the globe with their skills.”

CSA Director of Cricket, Graeme Smith said: “It’s pleasing to see so many countries making a return to Pakistan – a proud, cricket-loving nation. Cricket South Africa is delighted to be counted among them.

Pakistani Fans Have Never Seen Sarfaraz Ahmed’s Other Side in the Dressing Room: Arthur

“As someone who has toured the country on more than one occasion back in my playing days, I know how much passion the people of Pakistan have for the game as well as the love and support that the Proteas enjoy there as a team.

“I would like to thank the Pakistan Cricket Board (PCB) for the hospitality and transparency they showed our security contingent when they traveled over there a few weeks ago.

“The report on their findings and recommendations gives us confidence as an organization that all of our team’s security, playing and accommodation needs will be met and that the wellbeing of the team will be the top priority. We look forward to embarking on this historical tour.”

Pakistan captain Babar Azam said: “I am delighted that South Africa have confirmed their tour to Pakistan and look forward to captaining my country for the first time in a home Test at a venue where we recently won our maiden HBL Pakistan Super League title.

“Looking at the calendar of international cricket in 2021, I am pleased we are playing more against the sides which are ranked above us. This is critical to not only our learning and development but also an opportunity to improve our rankings across all formats.”

“With the amount of cricket that is lined up in 2021, I am excited that a number of promising and budding cricketers will get chances to break into the national side and cement their places. This is critical to Pakistan’s future in developing a strong and formidable nucleus of players who can step up and challenge any opposition anywhere in the world.”