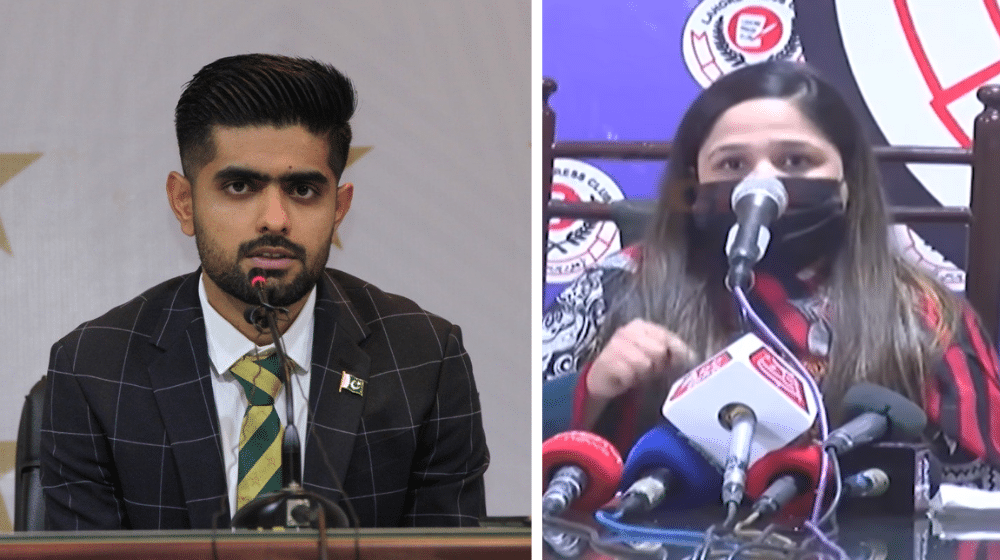 Hamiza Mukhtar’s allegations on Babar Azam for sexual misconduct have been stated to be false by the Police. Investigating Officer (IO) submitted a report in the sessions court today, which stated that no concrete evidence has been provided by the woman and hence the allegations seem to be false.

IO confirmed that an application was filed by the woman in 2017 as well but no further action was taken due to weak evidence. The report requested the sessions court to wrap up the complaint.

Earlier, Hamiza had accused Babar of having tricked her into love and tortured her when she asked for marriage.

She added that early on in Babar’s career, she had financially supported him and spent millions of rupees on him. The accuser said that Babar proposed to her in 2010, but due to the refusal of the families, they weren’t able to marry. She said that they both eloped and stayed in different homes all over the city, but Babar refused to marry her in the end.

She said that she has already filed a complaint against Babar in the PCB, but they rejected the complaint and said that this is a personal matter.

Last week, she filed a complaint and claimed she narrowly escaped an assassination attempt. According to Hamiza, two unidentified motorcycle-riding assailants opened gunfire at her car near Kahna, a small town 15 km away from Lahore city.

She pleaded with Prime Minister Imran Khan to provide her protection as she was receiving death threats ever since she made the allegations.