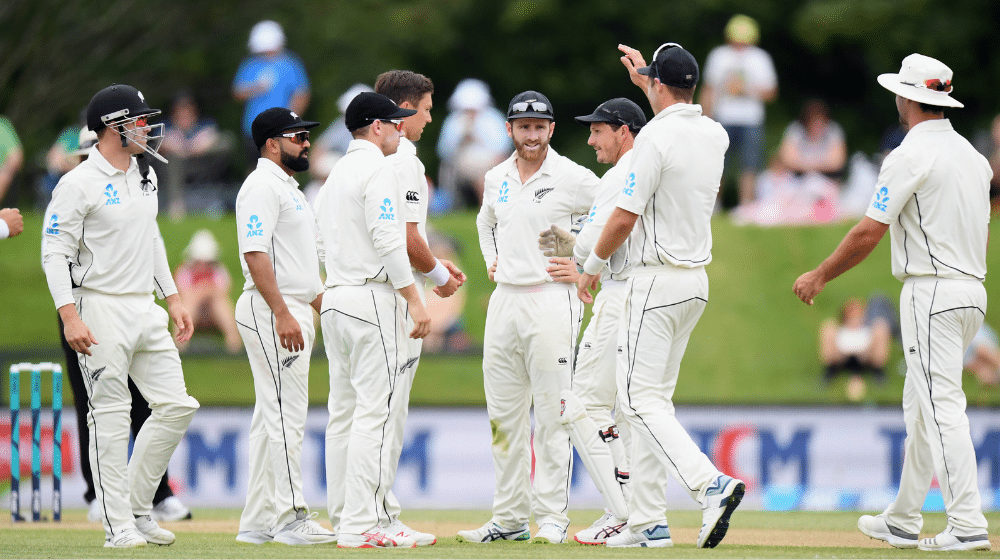 New Zealand has announced their Test squad for the upcoming series against Pakistan. All-rounder, Mitchell Santner retains his place in the squad in place of left-arm spinner, Ajaz Patel.

Patel was expected to be a part of the squad after recovering from a lengthy lay-off due to injury, but the selectors went for Mitchell Santner to provide more balance to their line-up. Santner would play as a bowling all-rounder at 7th position, with four other fast bowlers in the team.

“It’s really unfortunate for Ajaz, who has overcome his calf injury, but the all-round ability of Mitchell Santner is our preferred option for this series. The fact Ajaz hasn’t been able to have any game-time in the lead-up was also a concern for the selectors,” coach Gary Stead said.

Kane Williamson returns to the Test squad after missing the second Test match against West Indies due to the birth of his child. He will lead the New Zealand team in the two-match Test series.

Meanwhile, Pakistan captain, Babar Azam, and opening batsman, Imam-ul-Haq, have been ruled out of the first Test due to injuries. Both the batsmen suffered fractured thumbs in a practice session last week. Mohammad Rizwan, will captain the side in the first Test match.

The first Test match is scheduled to take place on Boxing Day in Mount Maunganui.

The New Zealand Test squad is as follows:

The Pakistan Test squad is as follows: