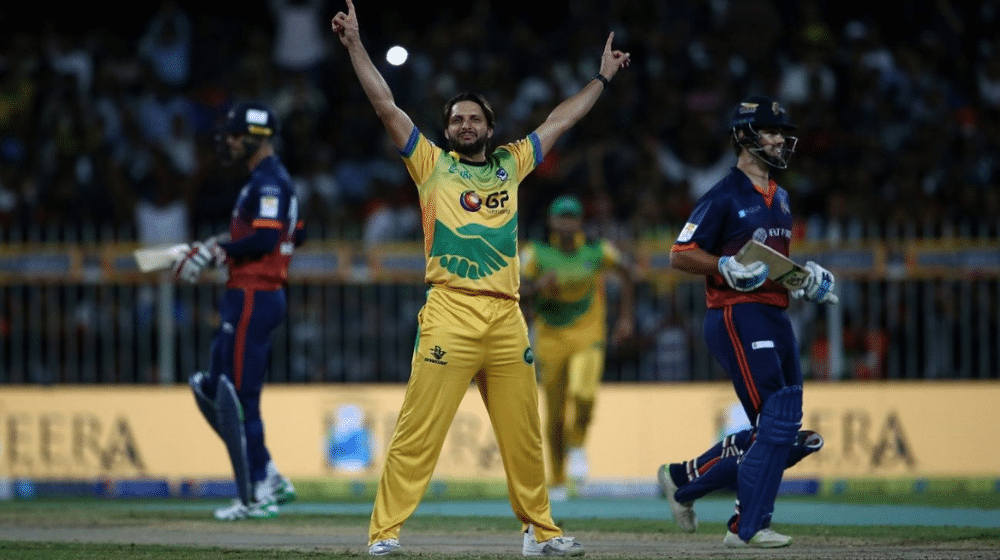 16 Pakistani players have been drafted by various franchises in the Abu Dhabi T10 League. The draft for the competition took place on Wednesday as the teams assembled their squads for the shortest format of the game.

A total of 8 teams will take part in the fourth edition of the Abu Dhabi T10 league, which is scheduled to begin on 28 January, with the final to be held on February 6.

Star players such as Shahid Afridi, Shoaib Malik, Mohammad Hafeez, Mohammad Amir, and Wahab Riaz have been drafted in the competition and will play along with the likes of Kieron Pollard, Sunil Narine, and Chris Jordan.

The biggest surprise of the night came from Deccan Gladiators, who picked up a young 18-year-old Pakistani fast bowler, Zeeshan Zameer. Zeeshan was one of the leading fast bowlers in the recently held National U19 One Day Tournament where he picked up 19 wickets in 10 matches at an average of 17.

Deccan Gladiators also picked young wicket-keeper batsman, Azam Khan. Azam has been in a sublime run of form as he performed exceptionally for Quetta Gladiators in PSL 5 and also played an influential role in Galle Gladiators’ run to the final in the inaugural Lanka Premier League.

Let’s have a look at all the teams: